Sunny Leone and Daniel Weber are one of the most loved-pairs of the glamour world. On December 5, 2020, Sunny shared a picture with Daniel and it was pure couple goals.

Being in love doesn’t only mean sharing happiness together, it also means pulling pranks on each other and being able to laugh together on silly jokes. And to make a relationship work, it is the duty of both the partners to have each other’s back. There are a very couples in the glamour world, who have reinstated our faith in love and marriage and one such couple is Sunny Leone and Daniel Weber. (Also Read: Yash And Radhika Pandit Host A Low-Key Celebration For Daughter Ayra's 2nd Birthday, Photos Go Viral)

Sunny Leone and Daniel Weber’s love story is not less than any fairytale. The two had met each other in LA and Daniel was completely smitten by Sunny’s beauty. On the other side, Sunny was just out of a serious relationship and was in no mood for any commitment. Daniel had approached her several times but Sunny had not paid much attention. But as they say, somethings are just meant to be. Daniel’s humbleness and honesty had won Sunny’s heart and the two had tied the knot and had begun their happily ever after journey.

Sunny Leone loves treating her fans with adorable pictures of her family through her social media handle. On December 5, 2020, Sunny took to her IG handle and shared a stunning picture with Daniel. Dressed in a multi-coloured dress, Sunny looked gorgeous and Daniel complemented his wife perfectly in a black-coloured t-shirt with denims. One look at this couple makes our heart skip a beat. Along with the picture, Sunny wrote, “Morning!! Time to take over the world with @dirrty99 lol.”

Sunny Leone and Daniel Weber never skip a chance to express their love for each other and their respective social media handles are proofs of the same. On November 21, 2020, Daniel had taken to his IG handle and had shared two stunning pictures with Sunny from one of their outings. Sunny had looked gorgeous as always in her black attire with bright red lipstick and Daniel had complemented her in a black t-shirt and navy-blue coloured jacket. Along with the pictures, Daniel had written, “How is she “that” sexy!!!! Wtf!!! Seriously.” (Also Read: Dipika Kakar Is Proud Of 'Nanad', Saba Ibrahim, Congratulates Her For Reaching 1 Million Subscribers)

Coming back to Sunny and Daniel's love story, then it was at a friend’s party when Daniel had approached Sunny and she had politely declined him. But that hasn't deterred his spirits and he had kept trying by sending her flowers and e-mails. Sunny was going through a rough time when her mother had passed away. After cajoling for two months, Daniel had finally convinced Sunny to go on a date with him. But since Sunny wasn’t very keen to begin a relationship after a bitter break up, she had deliberately reached late.

But instead of being annoyed, Daniel had remained calm and Sunny was quite impressed by him. After a few more dates, the lovely couple had tied the knot in 2009 in Sikh and Jewish wedding ceremonies. On April 9, 2020, Sunny and Daniel had completed nine years of their 'happily ever after'. Daniel had taken to his Instagram handle and had shared an anniversary wish for his 'darling wife', Sunny. He had posted a picture with her and had promised her a romantic date once the lockdown gets over. His note could be read as "Happy anniversary to @sunnyleone! Happy to at least have a glass of wine with you tonight! Promise you a more romantic date when your not locked up with me against your will. Love you baby! I would say, thank you for dealing with me every day but you actually have no choice." (Also Read: Hardik Pandya Reacts On Being Called 'Misogynist' Post 'Koffee With Karan', Says Home Is About Women) 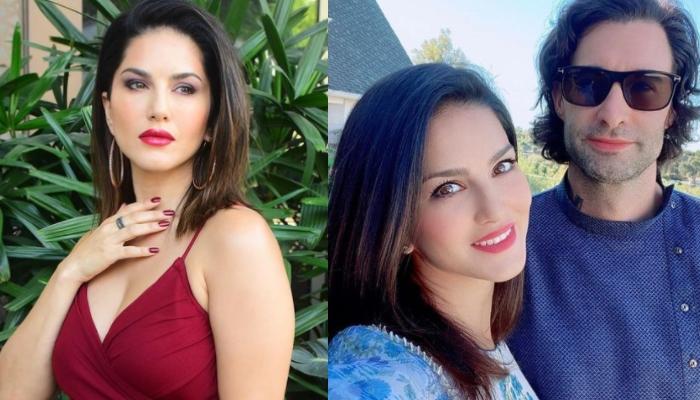 We all have faced some troubles during our childhood. Be it with our studies or having some unpleasant memories during our teenage days, majority of us have been a part of some or the other issue. Being bullied is counted among one of them. Dominance, abuse, threat or use of force