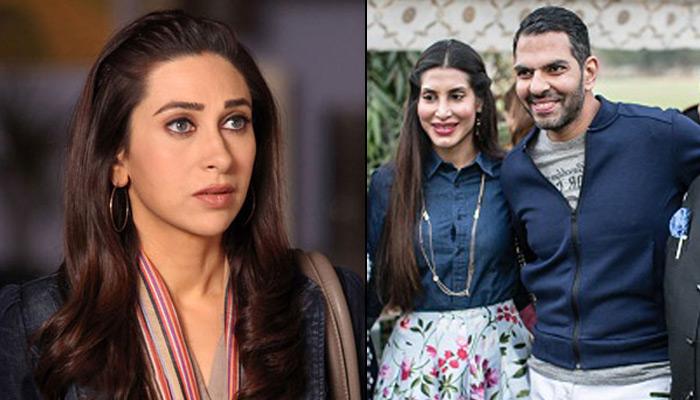 Relationships in today's world are really complicated, and it's even more when this showbiz world is talked about. Anything that happens in the personal lives of the celebs grabs all the eyeballs and becomes the talk of the town.

One such couple whose separation hit the headlines is none other than B-town diva, Karisma Kapoor and his childhood friend and Delhi-based industrialist, Sunjay Kapoor.

The couple tied the knot in a grand ceremony on September 29, 2003. Together they have two kids, Samiera Kapoor and Kiaan Raj Kapoor. But their relationship went kaput, and both of them got legally divorced in June 2016.

There is no denying that their divorce has been one of the messy affairs with all the accusations and counter-accusations, which made it one extended separation.

Nonetheless, both Karisma and Sunjay have moved on in their lives. The news is abuzz that Karisma is seeing Mumbai-based entrepreneur Sandeep Toshniwal, and they will soon walk down the aisle. On the other hand, Sunjay is believed to be dating model-turned-actress, Priya Sachdev for quite a long-time now. She was earlier married to hotelier, Vikram Chatwal. (READ)

You May Also Like: 10 Bollywood Actresses Who Fell In Love With Divorced Men And Got Married To Them

According to a report in Times of India and Firstpost, Sunjay will be tying the knot next month with Priya in New York in a civil ceremony. There will be only a few close friends and family members to grace their wedding.

Here’s what the source stated:

"Both Sunjay and his family do not want to talk about the wedding. The divorce battle wasn't easy for them. It will be just a civil ceremony in New York and only close friends who have known Sunjay and the family for years are aware of this."

In fact, as per the reports, all their near and dear ones have been informed about the marriage, and travel plans are going on in full swing.

Well, whatever happened earlier in Sunjay and Karisma’s lives was destined to happen (fair enough!). Now they have moved on in life; we convey our heartiest wishes to them. And all you guys, stay tuned with us at BollywoodShaadis to get the latest updates related to your favourite celebs!

NEXT Watch: Video Of Shraddha Kapoor Dancing At Her Bestie's Wedding Is Going Viral