Bollywood actor, Suniel Shetty reveals his dream of seeing his friend, Akshay Kumar's son, Aarav along with his son, Ahan in the sequel of their hit film, 'Dhadkan'. Find out! 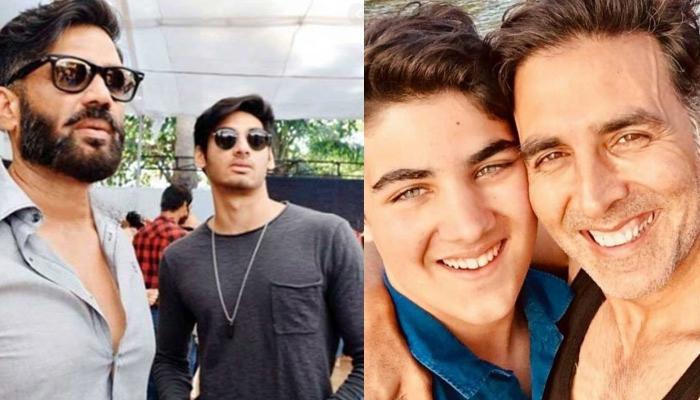 The Bollywood industry has witnessed a lot of incredible duos over the years but it’s hard to forget the chemistry of Suniel Shetty and Akshay Kumar on the big screen. The popular duo has worked together in a lot of movies such as Awara Pagal Deewana, Hera Pheri, Phir Hera Pheri, De Dana Dan, and many others. But one film that stands out from all their films together is none other than the cult classic film, Dhadkan. The film that presented the Bollywood industry, its first-ever one sided-lover in the name of ‘Dev’ played by dashing and charming, Suniel Shetty with sheer brilliance. (Recommended Read: Rani Mukerji Talks About Watching 'Ta Ra Rum Pum' With Daughter, Adira, Calls It A Fantastic Feeling)

Now, after all these years, actor, Suniel Shetty has admitted that he has a dream of seeing his son, Ahan Shetty and Akshay Kumar’s son, Aarav Kumar in the sequel of their film, Dhadkan. Well, no wonder it’s an incredibly exciting prospect to see their sons replicating the characters played by their fathers. There will not be any prouder moment than this for the two fathers, Suniel Shetty and Akshay Kumar for sure.

In an interview with the Navbharat Times, the actor expressed his immense desire of seeing his son, Ahan teaming-up with Akshay Kumar’s son, Aarav in their respective characters from their hit-film, Dhadkan. But jokes about Shilpa Shetty’s daughter being too small for the role. He said, “I and Akshay have grown old now, and no one will be interested to see oldies like us romance on the screen. But it would be great if the sequel is made with our kids. But Shilpa’s daughter is adorable and too small to be a part of the film.” The actor also revealed that both he and Akshay had shared this idea with Ratan Jain too. He continued, “We also shared this thought of casting our sons with producer Ratan Jain, and he liked it too.” (Don’t Miss: Esha Gupta's First Picture With Her Spanish Boyfriend Is Filled With Love, Makes Our Heart Flutter)

Well, as we all know that Akshay Kumar’s son, Aarav is studying right now and we have to wait for him to finish his studies first. But on the other side, Suniel Shetty’s son, Ahan had already kick-started his acting journey with his first film, Tadap and it is directed by Milan Luthria. The film is a Hindi remake of a Telugu hit movie, RX100. On August 6, 2019, popular movie critic, Taran Adarsh had announced the news on social media and had written, “Ahan Shetty - son of Suniel Shetty - begins his journey in #Hindi films. His debut film - the #Hindi adaptation of #Telugu film #RX100 - begins filming today at a South Mumbai theatre. Costars Tara Sutaria. Directed by Milan Luthria. Produced by Sajid Nadiadwala.” (Also Read: Dipika Kakar Spills The Milk While Boiling It, Sister-In-Law, Saba And Hubby, Shoaib Tease Her) 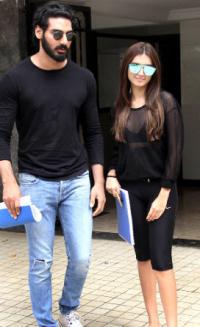 Do you want to see Ahan and Aarav in Dhadkan 2? Let us know!