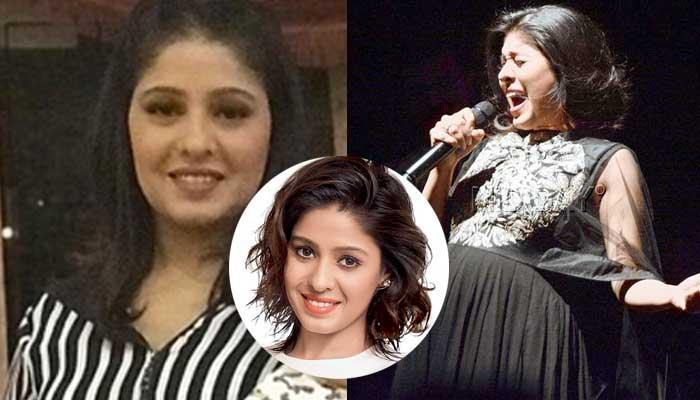 It was a great start to the year 2018 for Bollywood’s ace singer, Sunidhi Chauhan. Latest Bollywood #notachickflick film, Veere Di Wedding’s song Pappi Le Lu’s singer welcomed her first child and became a proud mom to a baby boy on January 1, 2018. We brought to you the happy news earlier. (Recommended Read: Married At 18, Separated At 19, Sunidhi Chauhan Is Still High On Life) 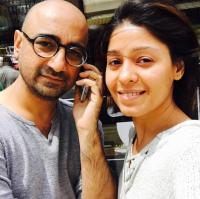 Announcing the arrival of Sunidhi Chauhan and her hubby, Hitesh Sonik’s little bundle of joy, her obstetrician-gynaecologist, Ranjana Dhanu shared, "The baby and mother are doing well. Sunidhi and husband Hitesh are proud with their little bundle of joy who arrived at 5.20 p.m. on January 1, 2018." Also, Bhupendra Avasthi, Director, Paediatrics of Surya Hospitals had said, "The delivery was uneventful and the baby boy is healthy and doing well." (You May Also Like: Singer-Rapper Badshah And His Wife Jasmine Become Parents) 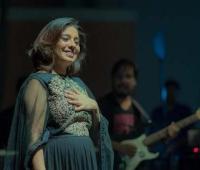 And after a long wait of 5 months, Sunidhi Chauhan finally delighted her fans with the first picture of her baby boy. Sharing the picture with her fans on Instagram, Sunidhi captioned it as, “Ready for my first gig as a Mom!” While Sunidhi is seen holding her adorable son, the little boy is posing in a white pyjama set. Here’s the picture that she shared: 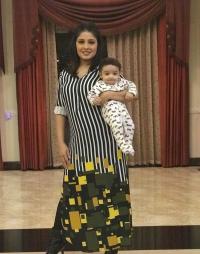 Sunidhi's colleagues like singer Shreya Ghoshal, Akriti Kakar, Harshdeep Kaur, Salim Merchant also commented on the mother-son duo's photograph. While Shreya commented, "Aww! This is co cute and so cool. Teg and momma, full on swag." Akriti Kakar wrote, "This is so endearing. The little baby and that glow on you. More and more power to you." (Also Checkout: Abram Khan Enjoys His Fun Playdate With This Singer's Daughter, And They Look Adorable Together)

Sunidhi Chauhan got married to singer and music director, Hitesh Sonik, on April 24, 2012, in a low-profile wedding ceremony in Mumbai. After 5 years of marital bliss, the couple has finally embraced parenthood. Sunidhi announced her pregnancy on her 34th birthday on August 14, 2017, when she was five months pregnant.

In an interview with IANS, Sunidhi was quoted as saying, "I am thankful to all the amazing wishes coming my way for me and my baby. I am super excited. This is something that I am experiencing for the first time. I am thankful to God for that because, now that I am in this state, I have realised that it is the most beautiful thing, the most magical thing on earth." (Also Checkout: Bollywood Divas Who Took A Sabbatical After Embracing Motherhood At The Peak Of Their Careers)

Speaking of embracing motherhood, Sunidhi Chauhan stated, "I have experienced companionship and love through each of my relationships as a daughter, wife and friend. As I stepped into motherhood, each of these relationships in my life evolved and strengthened. I see my mother differently, my husband is more than my companion and partner and my child is the most sacred relationship I have acquired as a mother." 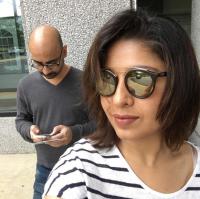 When asked if hubby Hitesh is a hands-on-dad, Sunidhi shared, “Absolutely! He has to actually make an effort to leave our baby and go to work. So, he has shifted his set-up at home. He worked on Hichki and Sonu Ke Titu Ki Sweety from home.” When further probed if she is cutting down her work to spend time with her son, she informed, “Well, my baby kind of lets me keep going and not slow down at all. He’s going to be with me wherever I go. I started recording a month after he was born and, I’ve been taking him along. I don’t leave him at home. He’s a part of everything that I’m doing.”

Sunidhi Chauhan and Hitesh Sonik’s son is too adorable. Isn’t he?

Next Read: 12 Bollywood Actresses Who Embraced Motherhood Before They Turned 30 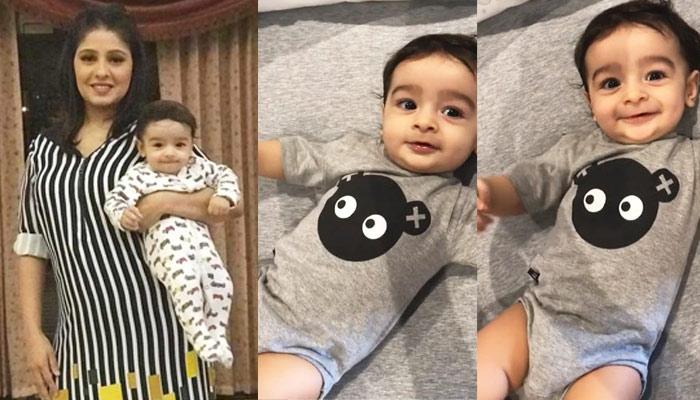 She has the attitude of that perfect lady boss. This woman has crooned his voice for many songs namely, Beedi, Kamli, Sheila Ki Jawani, Ishq Sufiana, Halka Halka, Lae Dooba from Aiyaary and many others, making them the blockbuster hits. Any guesses as to whom we are talking about? Well,