A Sabyasachi bride recreated Bollywood actress, Anushka Sharma's iconic traditional look from her first wedding reception in Delhi. Scroll down to check it out!

Celebrity wedding and wedding functions are nothing less than than a fashion fest for the Bollywood buffs. Not only for Bollywood buffs but also for common people, as celebrity attires for different wedding functions serve as a major inspiration for our own weddings and parties. Over the years, we have seen many Bollywood brides who broke fashion conventions and became trendsetter due to their unique bridal looks.

Look around you and you'll find a lot of real brides who recreated the same iconic bridal looks of Bollywood brides with their own flavour and touch and aced the look. Today, we're going to talk about one such Sabyasachi bride, who recreated Bollywood actress, Anushka Sharma's iconic traditional look from her first wedding reception in Delhi. The bride wore the same Sabyasachi Banarasi saree for her wedding and looked every bit ethereal. Scroll down to know it all! 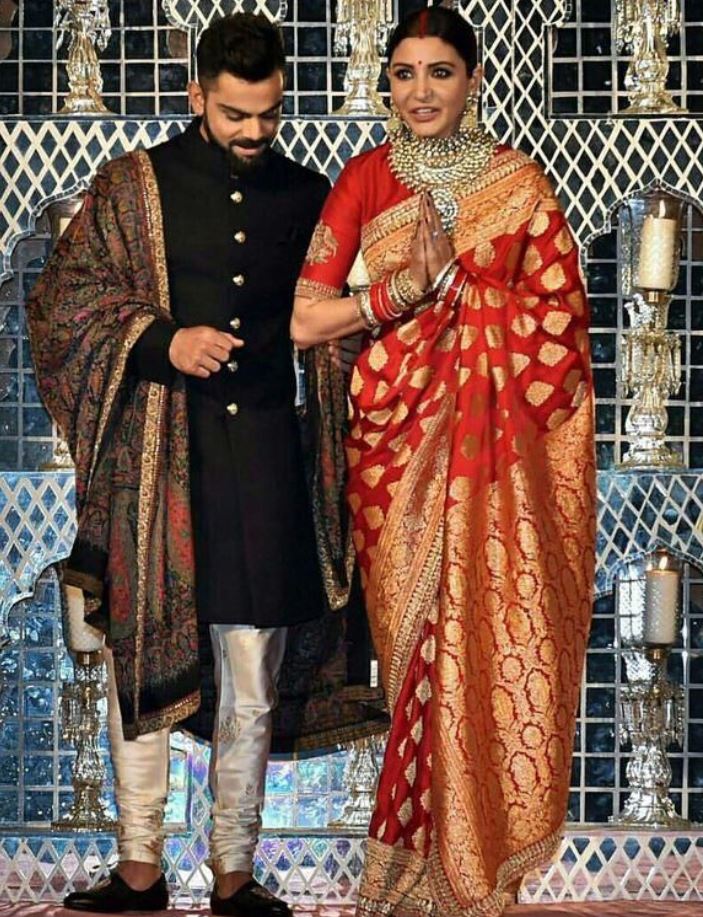 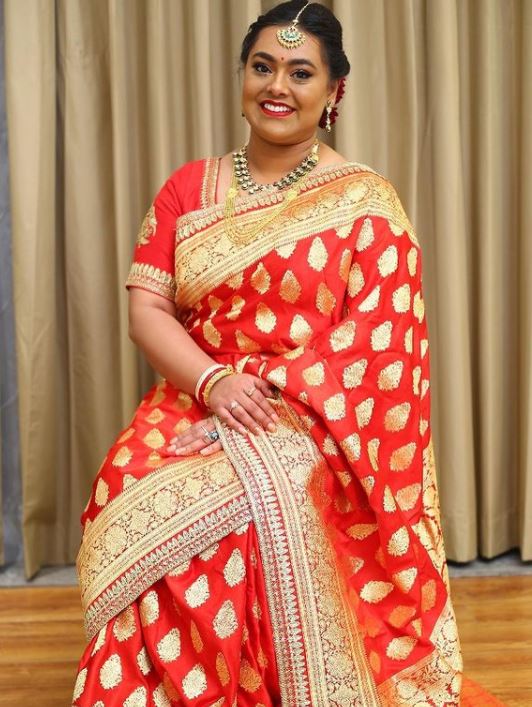 When we talk about iconic bridal looks from the glamour world, it would be a sin not to mention Anushka Sharma's attire from each one of her wedding functions. Be it her maroon coloured velvet saree for her engagement or her multicoloured choli paired with yellow and pink lehenga skirt for her mehendi. Ditching the traditional shades of red, Anushka had made for the most beautiful bride in a pale pink and peach Sabyasachi lehenga and we couldn't take our eyes off of her.

If this wasn't enough, Anushka had floored us all with her traditional bahu look for her first wedding reception in Delhi, where she donned a beautiful, traditional red Banarasi saree with golden borders by Sabyasachi. A Sabyasachi bride from Pune, Madhumita Ghosh took inspiration from Anushka Sharma's wedding reception and wore the same saree for her wedding! 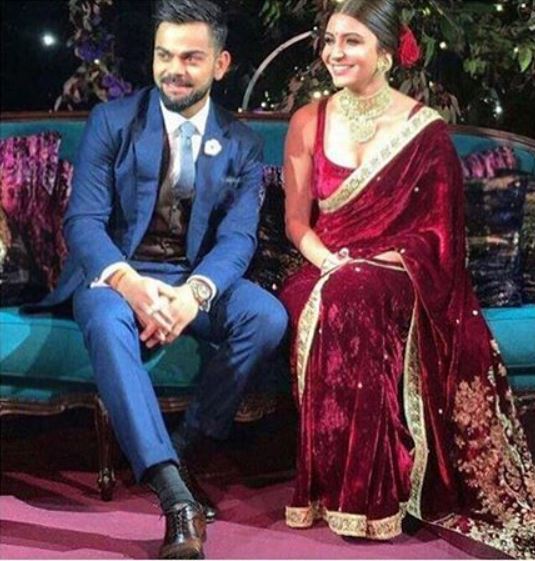 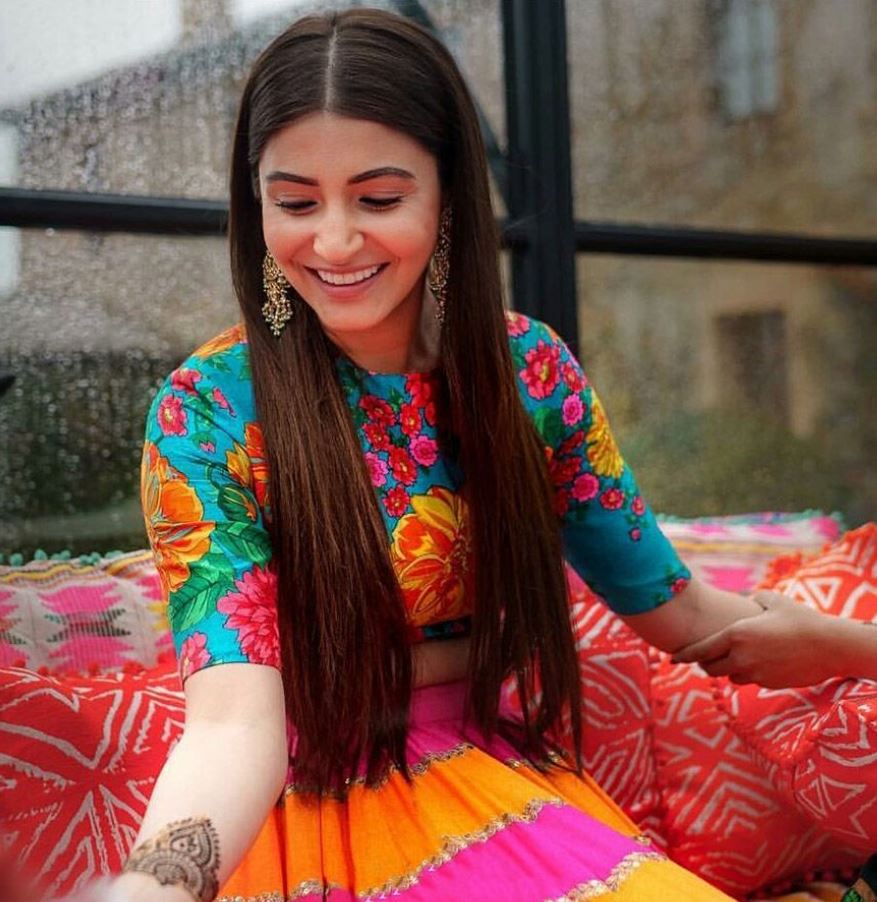 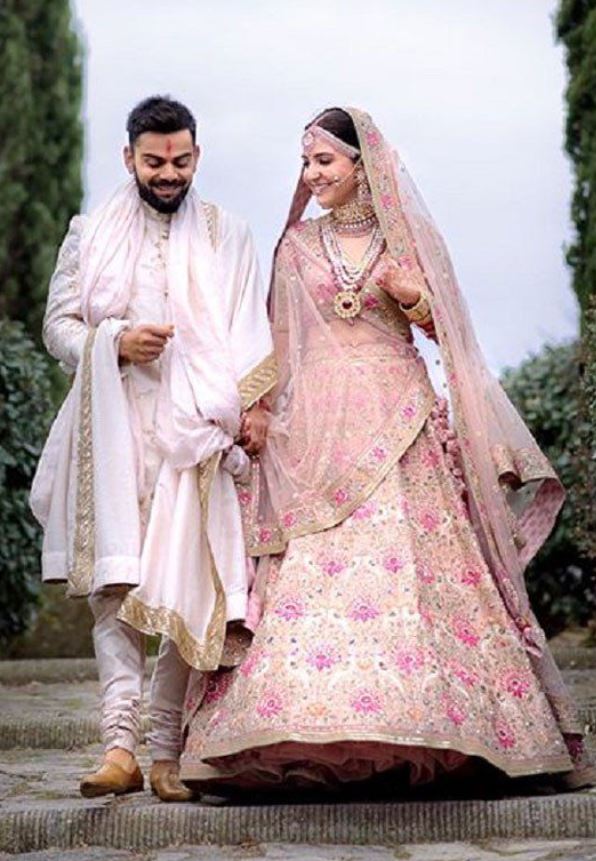 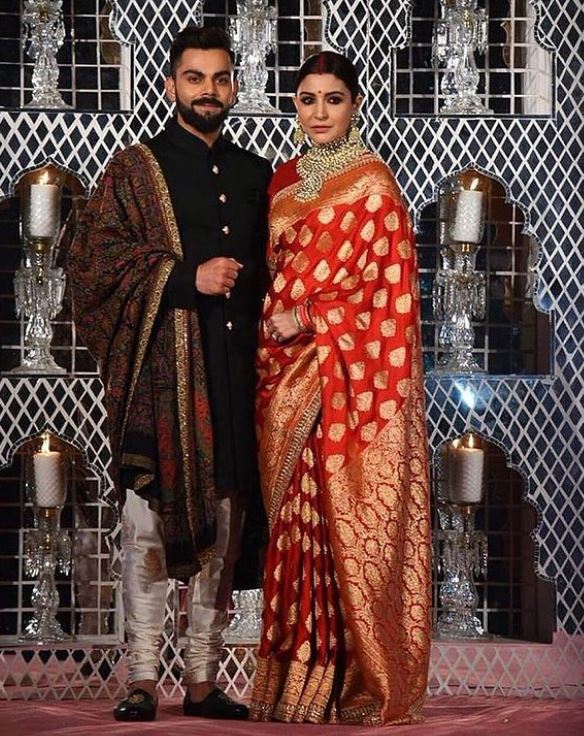 For the uninitiated, Anushka Sharma had opted for a radiant tomato red and gold Benarasi saree for her first wedding reception in Delhi. The actress had accessorised her classic, traditional look with an opulent, uncut diamond choker and jhumkas from the Sabyasachi Bridal Jewellery collection. Talking about her makeup, Anushka had chosen heavily kohled eyes, nude lips and dewy makeup, with her hair tied up in a sleek, pasty bun.

Also Checkout: This Bride Wore Unique 'Doli Wale Kaleere' On Her Wedding, Narrates Her Love Story In Her 'Mehendi'

Sabyasachi had expressed his views on Anushka Sharma’s choice of donning red and going for a Bengali-esque bridal look, and had written on his IG handle, “I don’t think Indian brides feel complete without wearing the colour red in one of their functions. Anushka decided to wear red on her reception. And much to my absolute delight, it would be a red Benarasi saree. From the by-lanes of Peeli Kothi in Benaras. I was particularly excited about this look because I have seen an entire generation of Bengali women getting married in red Benarasi sarees. The red bindi, the sindoor and the mogras in her hair just made the look more potent and powerful.” 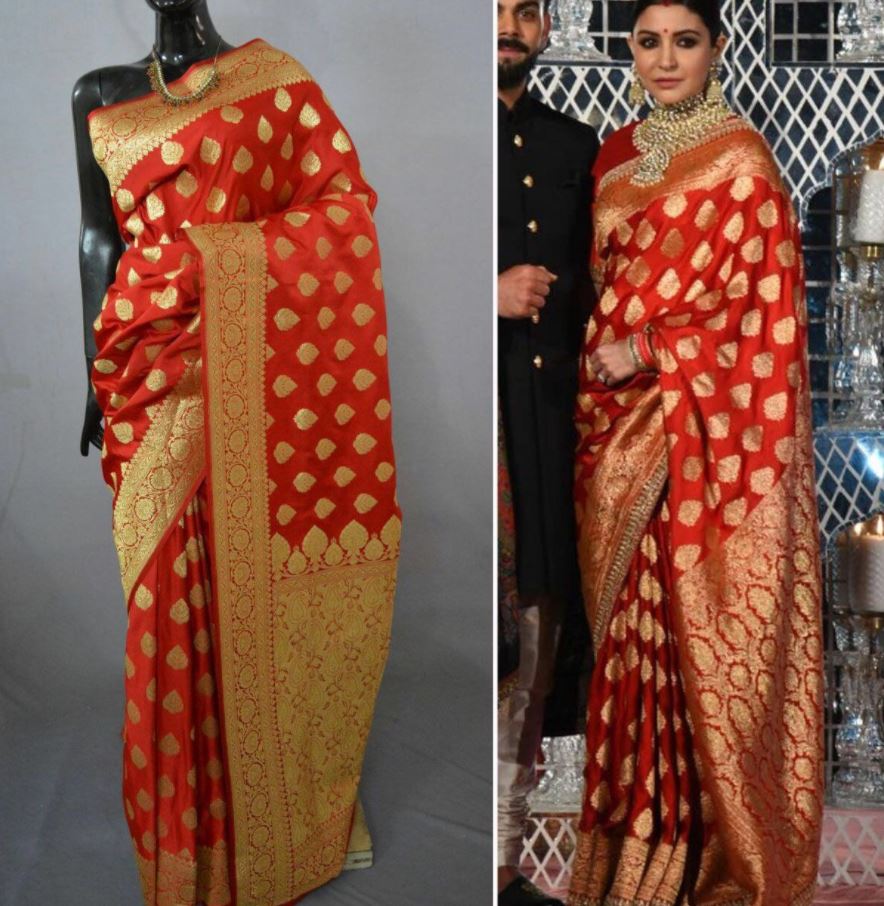 Madhumita had donned two-layered, green and golden neckpieces and a matching maangteeka on her head. Keeping her hair tied in a simple bun, the bride had done her own makeup, and we simply couldn't take our eyes off her! Madhumita had always envisioned what she would look like as a bride, and she had expressed the same on her IG handle. Sharing pictures from her wedding, the Bengali bride had written, "I didn’t really know what I wanted to be when I grew older, but I always knew how I wanted to look on my wedding day!."

(Don't Miss: This Sabyasachi Bride Wore A Beautiful Multi-Coloured Lehenga And It Is Giving Off The Vintage Vibes) Did you like Madhumita Ghosh's bridal look? Let us know!

NEXT: The Plus-Sized Brides Who Wore Stunning Unconventional Outfits On Their Wedding Day