On Valentine’s Day 2019, Baseer Ali posted a picture with a mystery girl, covering her face. But looks like all is not well in Baseer’s love-life, as he shared with a fan that he is 'forever alone'. 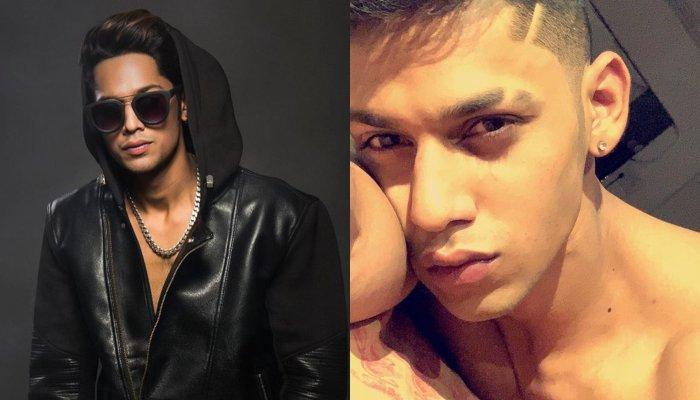 Finding your ‘one true love’ in the modern era can be a fascinating as well a tedious job. Gone are the days when even uttering the words ‘boyfriend’, ‘girlfriend’, ‘love marriage’ would have landed you in turmoil, but as they say, true love always finds its own out (or not, in some cases)! Speaking of modern-day romance, dating shows such as Splitsvilla are getting humongous popularity among the millennials! And this is exactly where, the winner of Splitsvilla 10, Baseer Ali’s love-life comes in. (Do Read: Deepika Padukone Talks About Becoming Mother And Pressure Women Face When It's About Pregnancy)

Baseer Ali and his partner, Naina Singh had triumphed over the 10th season of Splitsvilla, beating competitors, Divya Agarwal, and her then-beau, Priyank Sharma. While Baseer and Naina soon parted ways after the show got over, the duo still continues to remain friends. However, on Valentine’s Day 2019, Baseer took to Instagram and posted some videos from what looked like a holiday with his newfound ladylove. But a picture which caught everyone’s fancy was a lady covering her face and hiding in Baseer’s chest. This is the picture: 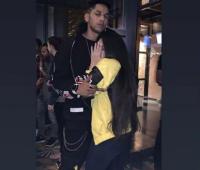 Speaking to an entertainment portal, Baseer Ali had shared, "Yes I am in a relationship, I am dating a girl from Mumbai she is a lawyer by profession. As soon, I announced that I am in a relationship my fans unfollowed me”. But looks like all is not well in Baseer’s love-life currently, as the actor-performer revealed to a fan that he is ‘forever alone’. This is what he shared when a fan asked Baseer about his dating scenario, “Like I said, Love and I don't gel up. #ForeverAlone.” Here’s a snapshot of the same: 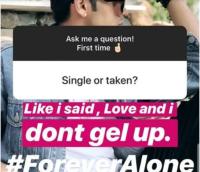 Well, that’s sad! Baseer Ali, post-breaking-up with his Splitsvilla 10 co-winner, Naina Singh, had opened up about their camaraderie and the reason behind their breakup. He had shared, “Naina and I had a very confusing relationship. I feel following in love in a game show doesn’t sound cool to me. In a reality show, you are playing a game. People around you also pretend and have different personalities. Naina and I chose to be friends throughout the show and never confessed being in love. We are always there for each other. After coming out, we became best friends. I can say that Naina is an important part of my life.”

Talking about the winning moment in Splitsvilla 10, Baseer Ali had shared, “A lot of people were expecting Divya and Priyank as the winners and also vouching on them. However, it was a surprise for the viewers. I think this was the best part of my victory. My loyal fans had a lot of faith in me and rooted for me too. I fought for it and won it for myself and my followers.” (Must Read: Chunky Panday Says It Was Both 'Pleasant And Shocking' Seeing Daughter, Ananya Panday On-Screen)

In an interview with BollywoodLife, Baseer Ali had spoken his ‘big’ Splistvilla 10 win and fan-frenzy governing him. He had shared, “Honestly, they are enjoying it. People are liking me today which says it all. I am a good kid coming from a good family. It's difficult to gain appreciation fame at such a young age. To be accepted by so many people is not an easy thing. Having millions of fans who are loyal is important in a show like this and be aspiring and motivating for youngsters. I want to make the most of this moment." 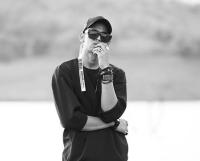 Do you know, Baseer Ali’s mother was furious when she heard that her son would participate in a dating reality show? Yes, he had a hard time convincing his ammi for the same and had revealed to The Hindu, “Splitsville had my mother spinning in anger. The very mention of the show and format was enough for her to lose her cool. Interestingly we were to begin shooting for the episodes of Splitsville during the month of Ramzan. It went against all my mother’s beliefs. At the same time, she wanted to support me on my journey and allowed me to fulfill my wish. It might look fun, but Splitsville was more agonising than Roadies. It was all about games and more games and not really about performing tasks like Roadies. On top of it, those whacks you get are for real and left us scarred for a few days.” 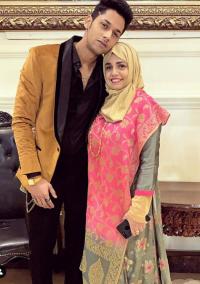 Baseer Ali was looking forward to participating in Bigg Boss 11, but it didn’t work out. He was asked if he will do Bigg Boss in the future and this is what he had replied in an interview, “I was supposed to get Bigg Boss this year. Now, I think I don’t want to be in the house. Firstly, I think I deserved to be in the house this year. However, the deal did not happen and they gave me lame reasons. Initially, they told me I am locked and later they told that you should do the show next year. I feel nobody else decides what I should be doing. No channel, no producer. I feel it’s their loss.” (Also Read: Chhavi Mittal Pens Strong Note On 'No Smoking', Says Preggers Should Maintain Distance From Smokers) 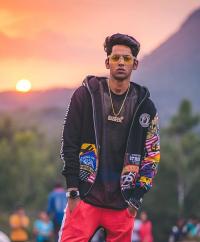 Having said that, Baseer Ali, we hope that you find your ladylove soon!