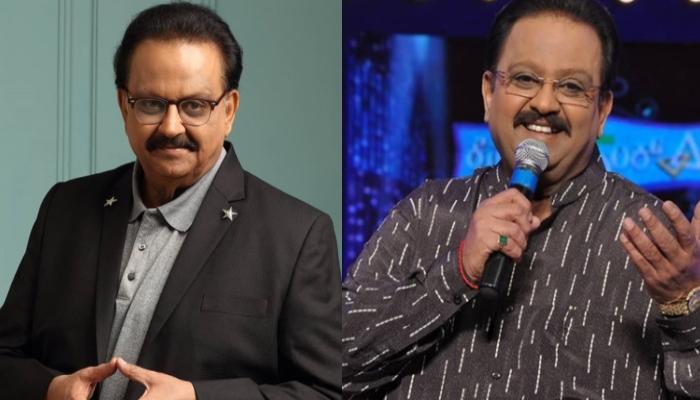 Death is an inevitable truth and nothing can surpass it. The year 2020 will always be remembered for its tragic events one after the other. And for the glamour world, this year will be marked as the most tragic one. After the death of Irrfan Khan, Rishi Kapoor, Sushant Singh Rajput and Saroj Khan, the glamour world has lost one more gem from the industry with the death of singing maestro, SP Balasubrahmanyam. The news of SPB’s death has sent shock waves and celebs are pouring in their condolences for him. (Also Read: Jasmin Bhasin Shares Her Engagement And Marriage Plans, Reveals What She Feels About Aly Goni)

Sripathi Panditaradhyula Balasubrahmanyam, lovingly known as SPB and Balu was known for his predominant works in Telegu, Tamil, Kannada, Hindi and Malayalam films. SPB, who had made his singing debut in 1966 with the Telugu film Sri Sri Sri Maryada Ramanna, was the most prolific singer the country had ever seen.With more than 40, 000 songs in 16 Indian languages, SPB had won six National Film Awards for Best Male Playback singer. Recipient of Padma Shri and Padma Bhushan, SPB was also honoured with the title of Indian Film Personality of the year. 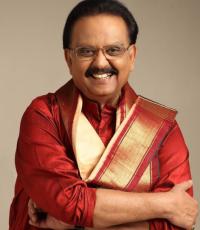 The legendary singer, who was tested positive for COVID-19 breathed his last on September 25, 2020 in Chennai. He was undergoing treatment in a private hospital and was gradually making progress, but on September 24, 2020, his health had started deteriorating. His son, SP Charan, addressed the news of his father’s death to the media and said, "My dad breathed his last at 1:04 pm. Thank you everyone for your prayers. My dad will live long till his fans remember him." SBP is survived by wife, Savitri and two children, daughter, Pallavi and son, SP Charan. (Also Read: Sanam Johar And Abigail Pande Booked For Consumption Of Drugs, Revealed Names Of Other TV Actors) 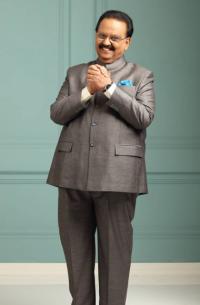 SPB’s untimely death has shocked the film fraternity and celebrities have been pouring in their condolences for the legendary singer known for his infectious smile. From Akshay Kumar, Mahesh Bbau, Hema Malini and Lata Mangeshkar, everyone paid their respects to the veteran. While Hema Malini tweeted, "End of an era! Versatile musical genius passes away. SP Balasubramaniam succumbs to the terrible covid virus after a prolonged battle in hospital. God give him peace. He will be missed  by all.” Akshay Kumar wrote, "Deeply saddened to hear about the demise of Balasubrahmanyam ji. Just a few months back I’d interacted with him during a virtual concert in this lockdown..he seemed hale,hearty & his usual legendary self...life is truly unpredictable. My thoughts & prayers with his family.” 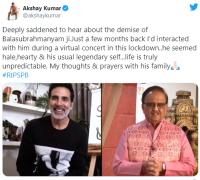 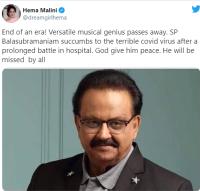 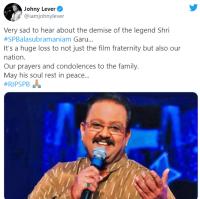 On August 5, 2020, SPB had announced being tested positive for COVID-19 through a video recording, which he had posted on his Facebook page. He had then remarked that he was getting admitted mostly "to take rest". He had stated, "I am in good health. Nobody has to worry about this one, so please don’t bother to call me to find out how I am,” he had further added, "I am having a little discomfort, some congestion in the chest, which, for a singer, is nonsense. And fever on and off. Otherwise, I don’t have any problem. But I don’t want to take it easy so I came to the hospital to get checked.” (Also Read: Salman Khan Reveals He Was Apprehensive For 'Bigg Boss 14' Because Of Parents And Newborn Niece Ayat) 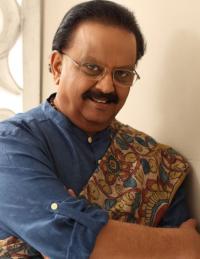