Popular South Indian actor, Ram Charan's dance video with his niece, Navishka will warm your hearts in these rough times. Take a look!

The relation of a brother and a sister is one of the purest and most potent ties in this world. No matter how old they get, the spirit of fighting with each other for no reason is what makes this relation an eternal one. One such similar bond is between South superstar, Ram Charan and his sister, Sreeja and we have already heard many stories about their childhood in their respective interviews and social media posts. But in recent years, we have seen limited posts of his sister on his social media handles, and the reason behind this is the fact that Sreeja's adorable daughter, Navishka has taken over her mama's social media handles. (Recommended Read: Anand Ahuja Congratulates 'Saali', Rhea Kapoor For Making It To Forbes Magazine's Ultimate 120 List)

And, here we are gazing at yet another adorable and beautiful video of Ram Charan with his lovely niece, Navishka dancing on a popular kids' song. Scroll down to take a look at the video that'll surely melt your hearts in seconds. 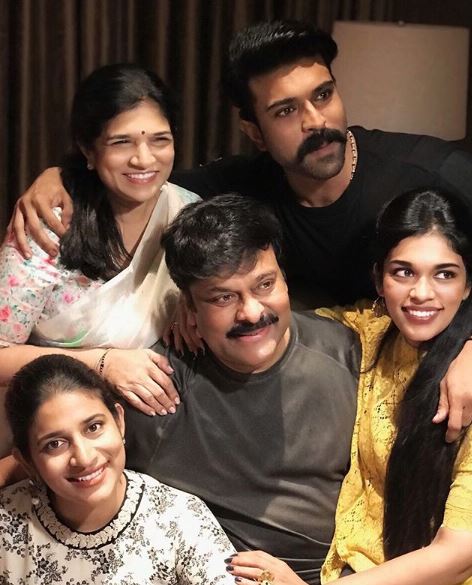 On August 4, 2020, popular South Indian actor, Ram Charan took to his Instagram handle and posted a cute video of him dancing with his sister, Sreeja Kalyan's little daughter, Navishka. The mama-bhanji duo can be seen grooving on popular children's song, Baby Shark and looking too adorable to ignore. While Ram Charan can be seen wearing a yellow-coloured sweatshirt, the little toddler is looking cute in a white and grey coloured outfit. Along with the video, Ram Charan wrote a caption, and it can be read as "Dance off with this darling." Take a look. (Don't Miss: Karisma Kapoor Twinned With Sister, Kareena Kapoor In Multi-Coloured Skirt, Calls It Sister Thing)

We all know that Ram Charan is one of the few superstars, who is immensely down to earth and prefers to keeps his family out of the media glare. However, Ram Charan never skips a moment to shower his immense love and care on his doting sisters, Sushmita and Sreeja through his social media posts. Last year on November 9, 2019, on Sreeja's birthday, Ram Charam had taken to his Instagram handle and had posted a couple of pictures and videos from his sister's birthday bash. And just like any other brother in this world, Ram Charan had pulled her leg even on her birthday and it could be seen in the video that he had shared on his Instagram handle. Along with the video, Ram Charan had written a sweet one-liner, and it could be read as "Happy birthday baby sis @sreeja_kalyan.Never bored of bugging u #vachindaChalu." Take a look.

Recently, on March 27, 2020, the doting sister, Sreeja had taken to her Instagram handle and had posted a childhood picture with her little brother, Ram Charan from the memory lane. In the adorable photo, we could see the sibling-duo twinning in blue as Ram could be seen donning a full sleeves T-shirt and denim, while his sister, Sreeja could be seen looking like a princess in her denim dress. The beautiful throwback picture was posted by Sreeja on Ram Charan's birthday, and along with it, she had written a sweet caption that could be read as "Thank you @alwaysramcharan anna for giving me a shoulder to lean on back then, now and always. Love you (like the picture shows, you know you've got mine too) #HBDRamCharan." Take a look. 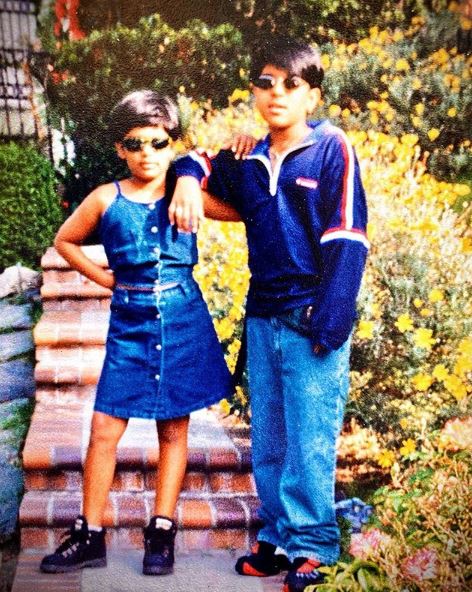 Talking about Ram Charan and his wife, Upasana's love story then the duo had met each other in college and were close friends. When Ram had travelled overseas, the duo had realised that they had started missing each other. From their friends to family, everyone had found it obvious that they were more than just friends, but Ram and Upasana were always in denial. After the release of Ram Charan's superhit film, Magadheera, they had started dating. And on December 11, 2011, the couple had gotten engaged in Hyderabad. After one year, they had gotten married on June 14, 2012, in a close-knit affair attended by friends and family. (Also Read: Abhishek Bachchan Finally Tests Negative For COVID-19, Sister Shweta Is Happy To Have Him Back) 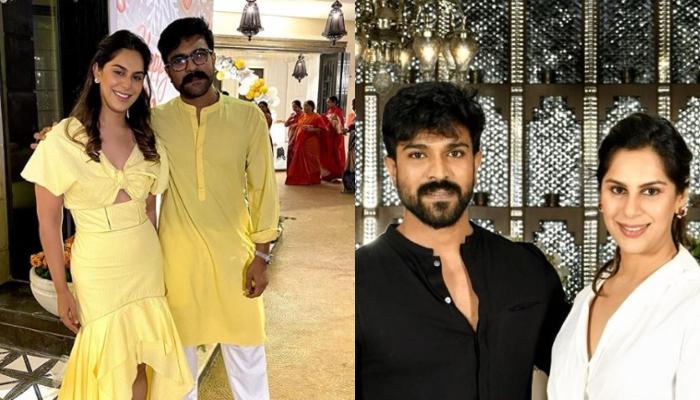 Did you like Ram Charan and Navishka's dance? Let us know!