Shaheer Sheikh And Sonarika Bhadoria Turning 'Shayar' For Each Other Makes Us Wonder What's Brewing?

Shaheer Sheikh And Sonarika Bhadoria Turning 'Shayar' For Each Other Makes Us Wonder What's Brewing?

Shaheer Sheikh and Sonarika Bhadoria made our heart gush whenever we saw them on-screens as Salim and Anarkali! Recently, the couple wore their writers' hat and penned cutesy posts for each other. 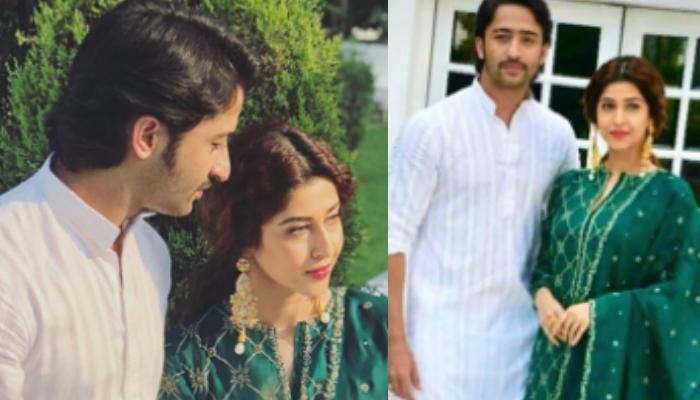 You know its love when someone becomes the reason behind your big smile! When all the love songs start making sense, you realise that they are the one with whom you want to write your fairy tale. A kind of similar romance is brewed between television actors and co-stars, Shaheer Sheikh and Sonarika Bhadoria. (Recommend Read: Sameera Reddy Reveals She Disappeared From Limelight As She Weighed 102 Kg Post Birth Of First Child)

The couple not only created headlines with their amazing acting skills demonstrated as Salim and Anarkali in Colors show, Daastan-E-Mohhabat but also with the rumours of their budding romance. However, the couple never came out in the open to announce their love. And while we miss their sizzling on-screen chemistry, looks like they are also missing each other equally! 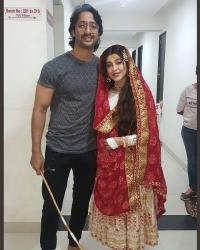 On April 30, 2019, Shaheer and Sonarika took to their respective Instagram handle and shared pictures with each other from the sets of Daastan-E-Mohhabat. But it is the cute caption that won our hearts. The duo turned shayar for each other, while Sonarika wrote, “Bas yun hi pyaar aa gaya in par @shaheernsheikh”, Shaheer replied, “Yun mujhe jo yaad kiya, Tu mujhe kuch aur apna sa laga”. Take a look at their stories below: 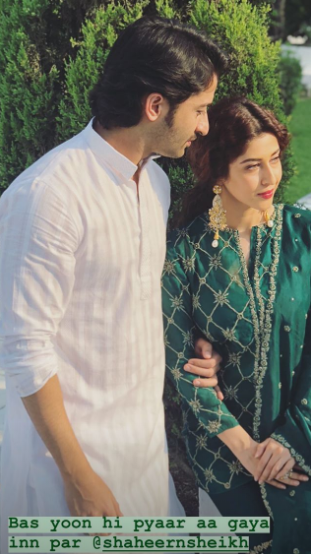 For those who don’t know, Daastan-E-Mohhabat went off-air overnight and Sonarika’s disappointment could clearly be seen in her interview with the Bombay Times. She had shared, “I'm really disappointed how Dastaan-E-Mohabbat ended overnight. None of us were prepared for this. There could have been a proper way to end a show. All this happened on January 1, so you can imagine how bad the year started for all of us.” (Also Read: Melvin Louis Shares A Throwback Video From 'DID' When He Had Fainted, Here's How Sana Khan Reacted)

She had further added, “I mean there were people who were earning their bread and butter and had made investments and plans regarding their remuneration and suddenly this happened. Had the makers or the channel given us a notice, we would have been mentally prepared.”

Shaheer, who has won millions of hearts with his cute looks, has been ruling our television sets for over a decade. And he has often been linked to many of his co-stars but he never accepted his relationship status. In an interview with the Bombay Times, he had discussed how his parents are forcing him to get married and had shared, “My parents have tried everything, photos dikhaaye hain bahut baar. I remember this one time when I was out shopping with my sister, and a girl met me at the mall, which was secretly arranged by my mom. My parents, who are currently in Mumbai, have been breathing down my neck for me to settle down. They have vowed that they won't go back home until I get married. So, I will have to figure a way out (laughs!).” 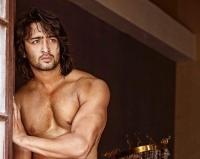 He further went on to say, “I can take the plunge only when I feel it from within. I can't do it just because the family, society and people around want me to. When you are not sure about a relationship culminating in marriage, you shouldn't go ahead with it. Or else, you will end up scarring lives and that's the worst you can do to each other. Also, I can't get married to a person without knowing her.” (Don't Miss: Kareena Kapoor Khan And Karisma Kapoor Twin In White For A Mini Reunion With 'Veeres', Rhea-Poonam)

Well, after seeing these cute shayaris, we definitely want to know what's brewing between Shaheer and Sonarika! What about you?