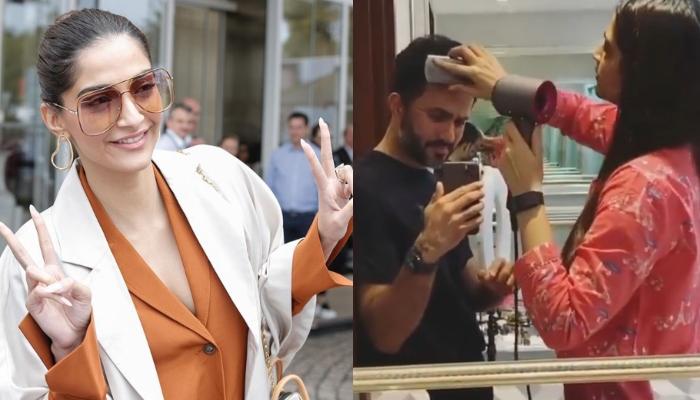 We all must have read this sentence in our childhood at some point or the other: Necessity is the mother of invention. Now, we read that so many years ago for sure, but have actually understood its significance now! How? Okay, let me walk you through it. Ever since the nationwide lockdown has been imposed, all of us are quarantining in our homes, not having the option of going out. The service providers sectors which are not included in essentials have shut down, like grooming sector. Beauty parlours, salons, spa(s) and place like these. So what have we, homo sapiens resorted to? We have resorted to providing ourselves theses services on our own. So the necessity of grooming has become the mother of the birth of our latent grooming experts in ourselves! Okay sorry, I'll stop messing with you. Quarantine and writers are a bad mix you know! (Recommended Read: Divyanka Tripathi Dahiya Reveals How She found Her Pregnancy Rumours Awkwardly Funny!)

Anyway, since we all know that the Bollywood industry runs on the cart of fashion and personal grooming are the wheels of that cart. But, because of the lockdown, the salon and parlours are shut, so they have taken upon themselves to groom themselves and their loved ones. Started with Anushka Sharma giving a haircut to husband, Virat Kohli, now Sonam Kapoor has also added her name in the list. 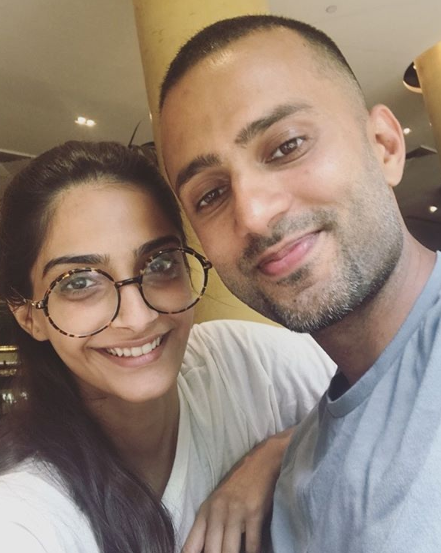 Quarantining with her husband, Anand Ahuja, Sonam Kapoor keeps updating millions of her fans about what is going on in her life and how she's spending her quarantine. Being the fashion icon that she is, she doesn't let anything in the way of her presentability, not even the lockdown. This time, she took upon the herculean task of styling her husband, Anand Ahuja's hair and smothers him with kisses afterwards. We're already in awe of the adorable video posted by Anand in his Instagram stories. Have a look: (You May Also Like: Shweta Tiwari's Daughter Palak Tiwari Works Out Holding Baby Brother Reyansh Kohli, And He Enjoys It)

Sonam Kapoor is known for having strong opinions and she fearlessly puts forward her opinions being an inspiration to a lot of girls out there. In an interview with the IANS, the actress had revealed how her life changed post marriage. In her words, "After my wedding, I have put on weight, my skin goes bad, I have really bad dark circles and I want all the girls to know that it's okay." Thank you Sonam, this is all we wanted to hear! She had further added, "In India, there is so much pressure on girls... Whether it's about who you're getting married to, what is his education, why is your skin looking like that, 'don't go to sunny places you will become dark', 'why have you cut your hair', don't go out so much, don't go out drinking." It seems Sonam Kapoor is everything that needs to be changed about the perception of females in India. In her interview with a leading daily, when she was asked what changes in the life of a working woman after marriage, she had boldly retorted, "It’s the same thing. Life doesn’t change much after marriage. It doesn’t change for a man. So, why should it be different for a woman where work is concerned?" Maybe if we all the men start to think like that, the world would be a much better place to live. (Suggested Read: Neha Dhupia Bakes A Cake For Her Darling Hubby, Angad Bedi And Their Daughter, Mehr Bedi) Do you agree with Sonam? Let us know! 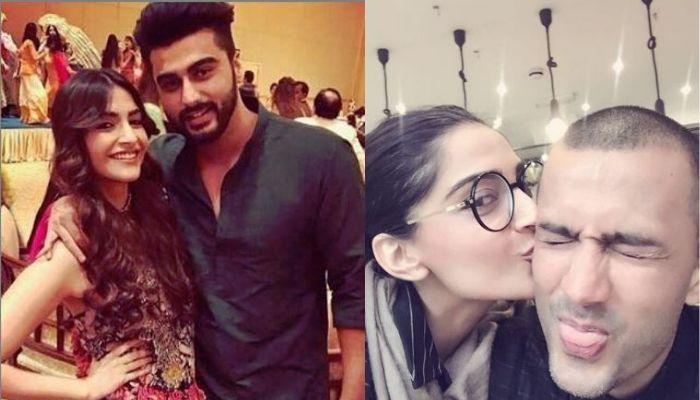 The bond of a Jija-saala is like of brothers as both have a common point of interest. While a brother ensures that his sister is happy and safe, a husband too makes sure that there is no-one disturbing with the peace of his wife’s mind. And this protective streak is