Sonam Kapoor took advantage of unlock 1.0 and reunited with her sister, Rhea Kapoor with the help of her husband, Anand Ahuja. Scroll down for the pictures! 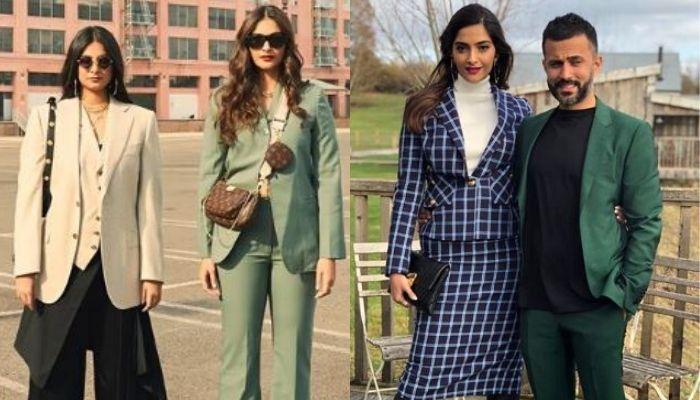 The on-going pandemic has kept people at bay from each other. The 2 km distance and social distancing is the memo that we all are asked to abide by. The phases of lockdown were made to reduce the cases of the vicious virus, however, now we are in the unlock 1.0 phase and has become the fifth country to be hit hard by the virus. Despite all the cases, unlock 1.0 has allowed people to travel and many celebrities have started finding their way back home. (Also Read: Mommy, Ekta Kaul Shares The First-Ever Picture Of Her Son, Ved With Sleepy Daddy, Sumeet Vyas)

Sonam Kapoor Ahuja is one Bollywood actress, who was far away from her family as she was in Delhi with her husband and in-laws during the lockdown. Sonam had missed her family way too much which was quite evident from her social media handle. As we have entered the unlock phase and the flights are operational again, Sonam took the advantage and reunited with her sister, Rhea with the help of her husband, Anand Ahuja. 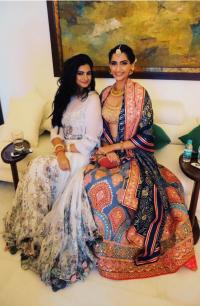 Sonam Kapoor Ahuja has been a doting sister to Rhea Kapoor as the two are often spotted together and shower love on each other every moment possible. Sonam, who has reunited with her sister, Rhea took to her Instagram handle to share her happiness and thanked her husband, Anand for making it possible. Sonam shared a no-makeup, smiling picture with her ‘main’ Rhea Kapoor, writing “Back with my main... thank you my incredible husband @anandahuja” atop it. Take a look at the picture below: 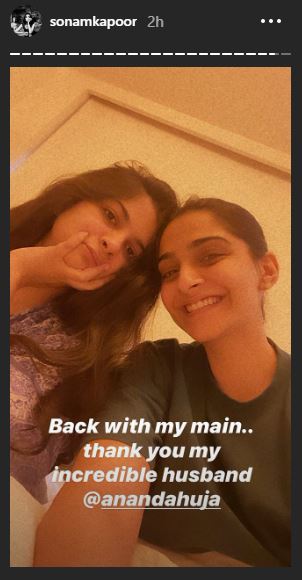 Anand Ahuja also shared the videos of two sisters, Sonam and Rhea chilling in their room. Anand took to his Instagram stories to share videos of Sonam and Rhea, wherein, Sonam can be seen busy on her phone, while Rhea puts her phone aside to have a conversation with her elder sister. Both the Kapoor sisters can be seen in their comfy style as they have the quilt on them. Take a look at the screengrabs below: 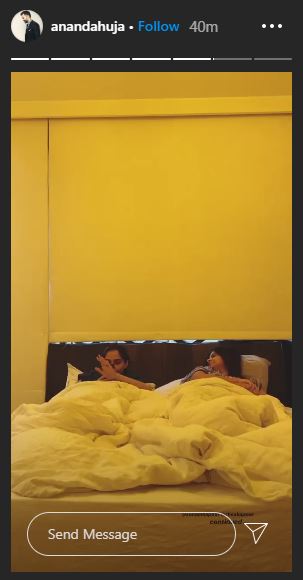 On May 1, 2020, while quarantining in Delhi, Sonam Kapoor Ahuja had taken to her Instagram handle to post a lovely, monochrome throwback picture from her sangeet to state that she is missing her siblings a lot. In the picture, we could see her siblings, Rhea and Harshvardhan sitting with her, while she had caressed her brother, Harshvardhan, her little sister, Rhea was gently leaning on her shoulders. The frame had beautifully captured the bond of these star siblings. Sonam had captioned the picture as "see you soon brats.. miss you more than you guys can imagine." Take a look. (Don't Miss: Sara Ali Khan's 'Bua', Soha Ai Khan Feels Proud Of Her, Says She Is Being Herself And Is Confident) 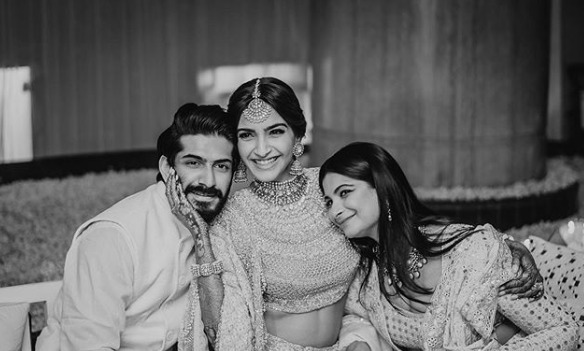 Not only on the professional front but on a personal level as well, Sonam and Rhea are very close to each other. So much so, that Sonam likes to call Rhea her emotional anchor. On April 27, 2020, Sonam had taken to her Instagram handle and had shared a lovely picture of herself with sister, Rhea. The gorgeous picture had given major sibling goals and Sonam had captioned it as "Sister sister” followed by a heart emoticon. (Recommended Read: Celina Jaitly Overcoming Depression With Her Husband, Peter Haag's Support Is The Power Of True Love) 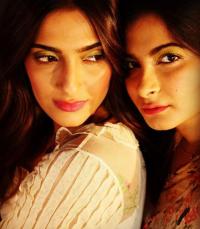 Well, we are glad that the two sisters are finally together!