Just a few hours ago, Sonam Kapoor Ahuja posted some pictures on her IG handle and revealed in her caption that Anand Ahuja is not a good 'Instagram husband'. Scroll down to know why!

The most phenomenal coupe of Bollywood, the fashionista jodi, made for each other, Sonam Kapoor Ahuja and Anand Ahuja live up to the 'IT' couple tag each and every day. Their amazing chemistry and fun camaraderie with each other has already set the bar of perfect couple way too high. In her latest IG post, Sonam has revealed something very funny about her husband, Anand Ahuja! (Recommended Read: Ruslaan Mumtaz And Wife Nirali Mehta Share Beautiful Memories As Their Baby Boy Completes Six Months)

Just a few hours ago, Sonam Kapoor Ahuja posted some pictures on her IG handle and revealed in her caption that her hubby, Anand Ahuja is not a good 'Instagram husband'. Scroll down to know what made her reach to this funny conclusion! 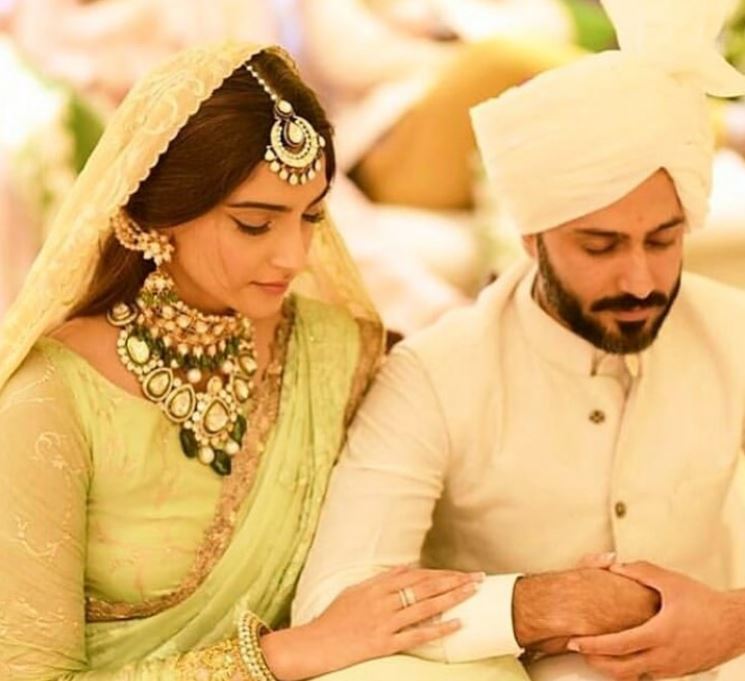 Posting two pictures of herself, Sonam explained in the caption how she loves to meet new designers, and while giving credits to the pictures, she expressed how Anand Ahuja is not a good 'IG husband'. She wrote, "I love upcoming new designers and I love supporting small brands, and it’s easy when the brand makes such cute things.. thanks @jeenaaofficial for this cute bag.. it went perfectly with my day and night looks.. @eieshabp (thanks my creative friend for taking my photo because @anandahuja is not a good Instagram husband)." 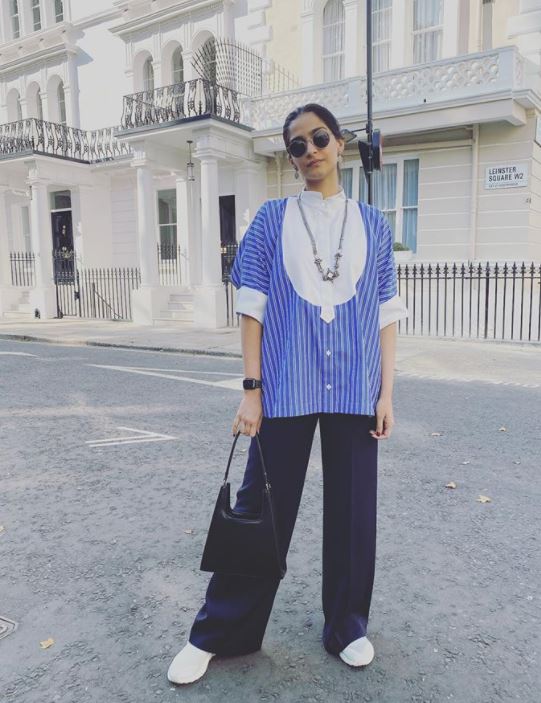 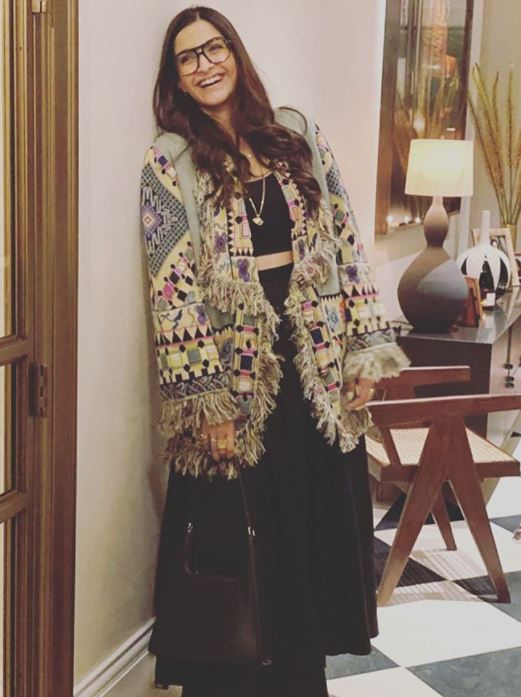 Sonam Kapoor Ahuja had revealed her amazingly cute love story in an interview with the Filmfare in bits and parts. Talking about how Cupid had tricked her into meeting her husband, Anand, she had shared, "My friends were trying to set me up with Anand's best friend. That's how I met him. The first time I met Anand was while I was busy with the promotions of Prem Ratan Dhan Payo (2015). One evening my friends conned me into visiting a bar at the Taj. I went there quite irritated. When I reached there, I realised my friends had called these two-three boys whom I had no interest in meeting. I was like, 'I don't want to date anybody. I don't believe in marriage and all this nonsense'. I saw Anand and his friend. His friend was tall like me, liked reading like me and was a huge fan of Hindi movies. He was an educated and a nice guy. But he reminded me too much of my brother Harsh (Kapoor). I was like, 'Dude, he's Harsh. I'm not going to date this guy'." (Also Read: Neha Dhupia Shares Beautiful Memories With Her Mom On Her Birthday, 'Damad' Angad Shares A Cute Wish) 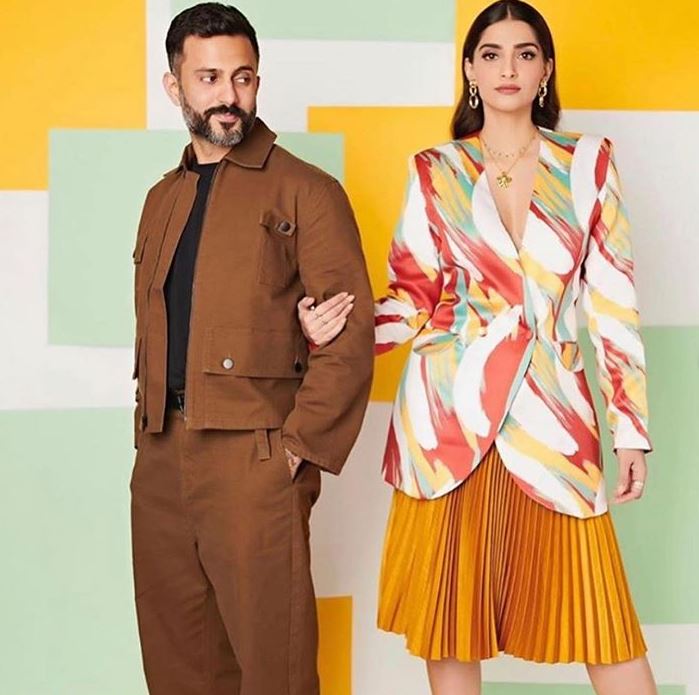 She had further added how Anand was trying to be the wingman for his friend, whom Sonam was supposed to meet, and had said, "Sometimes, people believe that when they have similar interests, they can be together. No one would think of Anand and me together because Anand is totally different. He had no idea that Anil Kapoor was my father. I ended up speaking to Anand… the whole evening. Anand was trying to get me to talk to his friend… like being the middle man. But we ended up talking more." 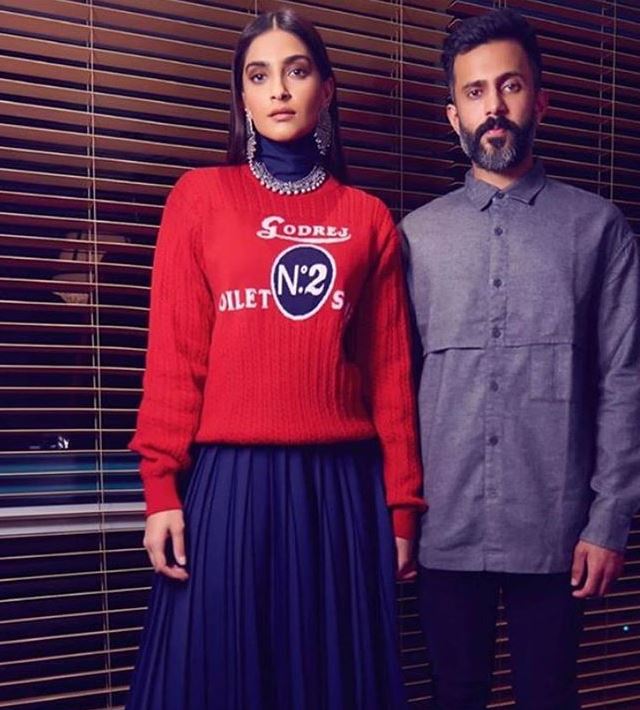 Sonam had further narrated the story of how she and Anand had gotten to talking and had said, "Then one day I got a Facebook request from Anand saying, "Hey! Are you still single? Because so and so is still single and if you're ever in London, please connect with him." That message came at 2:30 am. I messaged him saying that first, you shouldn't be messaging me so late in the night. I'm like a school teacher in matters like these. Don't mess with me so late in the night. And if the friend is interested, then he should message me himself. Why are you messaging me? That's how the conversation started. We began talking on the phone. Then we met. Two weeks later, we were talking on the phone when I asked him, "Do you still want me to talk to your friend?" He said, "No, No! Not at all. Talk to me. I'm keeping you for myself." (Don't Miss: Sara Ali Khan Confesses Going On Thailand Trip With Sushant Singh Rajput, Denies Consuming Drugs)

Is your significant other a good IG person? Share with us!