Sonam Kapoor Ahuja Celebrates Her 34th Birthday With The Love Of Her Life, Family And Friends

Sonam Kapoor Ahuja Celebrates Her 34th Birthday With The Love Of Her Life, Family And Friends

In a world full of trends, Sonam Kapoor Ahuja is an epitome of grace, class and everything nice! Today, the fashionista turned a year older and celebrated it with the people, who she values the most. Sonam Kapoor Ahuja has completed a decade long journey into Bollywood. Our heart had skipped a beat when we had seen the actress for the first time in Saawariya (2007). And while the film wasn't able to impress the box office, she did with the brightening light in her eyes. Ever since, she has accomplished a lot from creating her own niche to be labelled as India's first fashionista. (Recommend Read: Imran Khan-Avantika Malik's Marriage Still In Danger, Her Mother Says, "There Is No Change")

When Sonam is not setting the red carpet on fire with her gorgeous looks, she invests her time in reinventing herself and leaving an impact on the audience with her acting performances. One of her most notable roles was in the film, Neerja (2016). Sonam, time and again, has also set the real beauty goals for young girls and made us believe that she is just an ordinary girl, who has teams of beauticians to stylist who turn her into a princess. 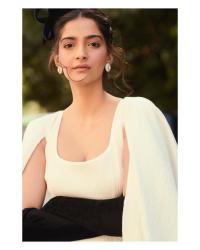 Today, Sonam turned a year older, and her birthday celebrations began last night. From her husband, Anand Ahuja to her daddy dearest, Anil Kapoor, everyone helped in making her 34th birthday bash a memorable event. The celebrations held last night at The Leela in Mumbai. Take a look at her birthday pictures below:

Coming back to Sonam's Bollywood journey, in an interview with the Print, she had talked about her struggles. She had stated, "I was 17 when I joined the movies, a baby. And unfortunately, the whole world got to see my growing-up pains. Between 17 and 24, I like to think of it as my undergraduate and post-graduate years. Despite being Anil Kapoor’s daughter, I didn’t have a mentor. I chose to do things on my own. Some people have it easier, some harder. But my experiences have made me who I am today." 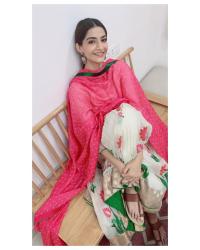 In a 2018 interview with Filmfare, Sonam had shared how she doesn't discuss her difficulties with the world. She had said, "It’s not been easy. But I don’t put out negativity in the world and discuss my difficulties. I take everything with a pinch of salt, whether it’s facing comparisons with my family members or people being harder on me than they should because they believe I’ve got it easy. But I try to do everything with happiness and joy. I do things with a positive frame of mind. But yes, it’s not been so easy." 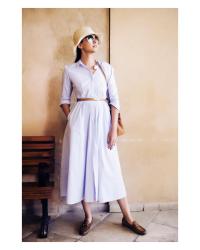 She had further added, "From the time I joined the film industry till Raanjhana, I struggled a lot. I’ve auditioned a lot and I’ve been humiliated by people and had to suffer comparisons. People believed I had it easy when I didn’t. But they were still hard on me. Ya, but it’s okay. It comes with the territory because of my parents, because of my family. But I’ve nothing to complain about because I am who I am because of my parents. The media has been kind to me. My family has also been with me. I kept a positive frame of mind." (Don't Miss: Avantika Malik's Mother Responds To Reports Of Divorce Of Her Daughter With Imran Khan)

We wish you the happiest birthday, Sonam!