Imran Khan-Avantika Malik's Marriage Still In Danger, Her Mother Says, "There Is No Change"

Imran Khan-Avantika Malik's Marriage Still In Danger, Her Mother Says, "There Is No Change"

It takes a lot of courage to let go off things that you can't change! But bidding goodbye is way too hard. And Imran Khan and Avantika Malik's troubled paradise has made our heart break. One of the hardest lessons of life is to know when to let go off your one true love. As one of the perils of being in love is that you expose your heart, soul and mind to that person in the hope of 'always and forever'. In the midst of it, you forget that all the good things comes to an end. And that's exactly what happened with Bollywood actor, Imran Khan and his wife, Avantika Malik. (Recommend Read: Arjun Kapoor Reacts On Trolls Targeting Him And His Muse, Malaika Arora Over Their 12-Year Age Gap)

The couple exchanged the vows in the year 2011, after dating for eight long years. They made us believe in the power of true love, and it came as a shock when the rumours of their troubled marriage circulated in the media. In May 2019, Avantika left Imran's residence with their daughter, Imara and she is staying with her family for now. And while we hoped that it remains just a rumour, Avantika's mother had confirmed the news and had stated that they are just facing some issues which will be sorted soon.

But according to the latest report in SpotboyE, their marriage still remains under the rock. The media portal contacted Avantika's mother, and she stated, "There is no change. There is no update." When they further asked her about the possibility of reconciliation, her mother replied, "Only time will determine that." (Also Read: Kareena Kapoor Khan Reveals Saif Ali Khan Was Nervous About Her Television Debut For A Major Reason)

It is strange to know that within just 15 days, the statement of her mother has changed. As she had earlier stated, "We all (Vandana, Avantika and Imran) read the news and let me tell you that there is no such thing. There are some differences (between the husband and wife), which will be sorted anyway." 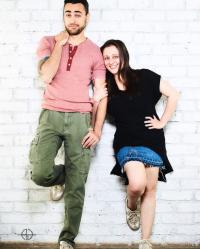 A couple of days ago, Imran's picture went viral on social media, and the entire nation was concerned about his health. Looks like his troubled marriage is taking a toll on his health and these pictures are a proof of it. Take a look at it below:

For those who don't know, Avantika and Imran met each other when they were just in their teens. It was in the year 2002 when Imran (19-year-old) met the 15-year-old, Avantika in Mumbai. And soon they fell in love and their relationship grew so strong that when in 2004 the actor left for the United States to pursue a film direction course, his muse, Avantika tagged along. In a throwback interview, he had shared, "My family and Avantika’s were fine with it. It helped us understand the relationship better so I support it whole-heartedly." 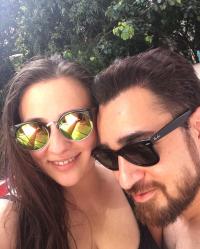 In an earlier interview, Avantika had talked about Imran, and had shared, "He's fantastic. He's the best person to live with because he is able to be with you and be supportive, and also gives you tremendous space. He really looks after me, I have to give him that. I am an ordinary girl in love with a boy who happens to be a movie star. I just feel like I fell in love with this boy 10 years ago, he was a 19-20 then, and though he's grown tremendously in many ways, his core being is still the same. I give Imran a lot of credit because he hasn't changed in any way. Except that he's more confident as he knows what he's achieved." (Don't Miss: Manish Naggdev Exposes Ex-GF Srishty Rode With An Open Letter, Divyanka And Kamya Support Him)

Well, we hope that Imran and Avantika soon solve their differences and come out stronger as a couple!