On June 9, 2020, Sonam Kapoor Ahuja turned 35 and to ring in her birthday, her hubby, Anand S Ahuja made her reunite with the Kapoor family. Here's a glimpse into inside celebrations of her birthday. Sonam Kapoor, daughter of Anil Kapoor and Sunita Kapoor, had begun her journey as an assistant director in Black, but her journey in Bollywood has been as colourful as it can be. Sonam’s first commercial success was I Hate Love Stories, but she made us LOVE love stories with her #EverydayPhenomenal journey of happily ever after with husband, Anand S Ahuja. From when we had first seen her on-screen in Saawariya to Neerja and her last film, The Zoya Factor, all we could proudly say is Ek Ladki Ko Dekha Toh Aisa Laga that with her scene-stealing performances and undeniable sartorial prowess, she belongs to that list of star kids who have proved to be more than just a product of nepotism. (Also Read: Shilpa Shetty Cuts Her Birthday Cake Baked By 'Bestest Hubby' Raj, Holding Newborn Daughter Samisha)

On June 9, 2020, Sonam Kapoor Ahuja turned 35 and to ring in her birthday, her hubby, Anand S Ahuja planned her return to Mumbai to celebrate it with her family. Sonam and Anand were quarantining at his Delhi residence during the lockdown and it’s finally after so many months, Sonam got to see her Kapoor family. Thanking Anand for making it happen, Sonam had posted a selfie with her sister, Rhea Kapoor and had written, “Back with my main... thank you my incredible husband @anandahuja” atop it. To make Sonam Kapoor Ahuja’s 35th birthday special, the Kapoor family had hosted an intimate bash at home with magnificent decorations and not one, not two but four cakes for her to cut at midnight. Most pictures have Sonam smiling ear to ear as she poses with her birthday decoration. Sonam posted a thank you note for her hubby, Anand S Ahuja with a picture from the first day she had hugged him. The birthday girl captioned it as “The best best husband in the world, who gives me everything that I truly need. He is my blessing on my birthday. Love you @anandahuja from the first day I hugged you.” Here are the inside celebration pictures of Sonam with her Kapoor family: 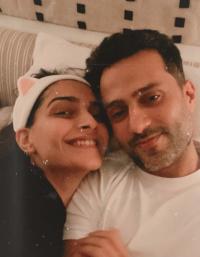 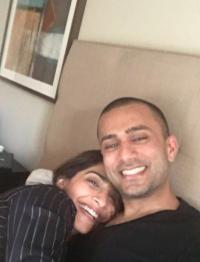 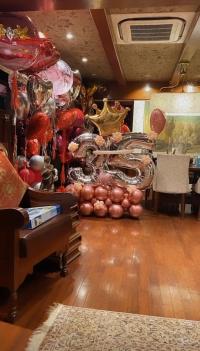 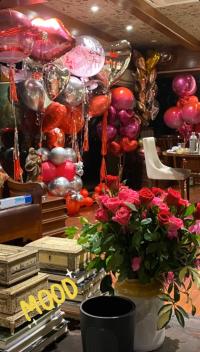 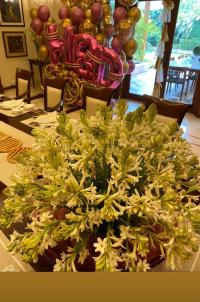 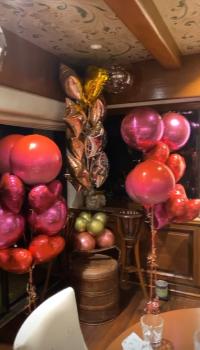 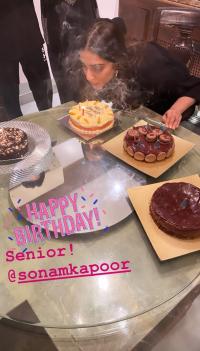 As soon as Sonam Kapoor Ahuja ringed in her 35th birthday, her friends and family flooded her social media feed with heartwarming wishes and beautiful pictures. To begin with, her father, Anil Kapoor posted a proud note for his daughter, who is the only person he is scared of, which could be read as “To a daughter like no other, the perfect partner to @anandahuja, a star on screen and an icon with an inimitable style. She's my confidant, my joy, my pride, the most generous hearted soul I know, (the only person I am shit scared of) & now a bona fide master chef! Happy Birthday, @sonamkapoor! I’m so happy that you’re here with all of us today! Love You, Always!” To which, Anand commented, "Can’t emphasize how scared you (and I !) am of her. Hahaha... Lovely post" (Also Read: Sunita Kapoor Gets Trolled By Harshvardhan On Sharing A Proud Mom Moment Of Him And Sonam Kapoor) 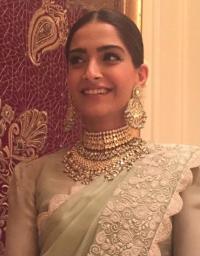 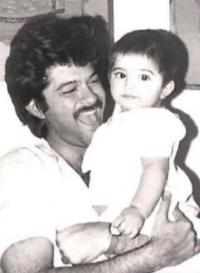 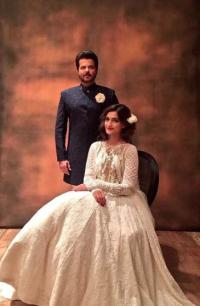 Sonam Kapoor Ahuja’s mother-in-law, Priya Ahuja posted a picture of her daughter-in-law posing with the birthday décor and captioned it as "Love you. Miss you. God Bless. HAVE a Great Birthday." In the next post, which had the saas-bahu duo at their fashionable best, Priya had written, "Happy Birthday Dearest Sonam Beta. Wishing you Life’s Best Always. Lots and Lots of Happiness and lots and lots of Love. Keep Smiling Always. Biggggggg Hug from all of us" Lastly, Priya captioned the picture of the birthday décor as "We Cherish every moment we all spent together. All the yummy cakes and goodies you baked for us. Love you. Have a very very Happy Birthday." 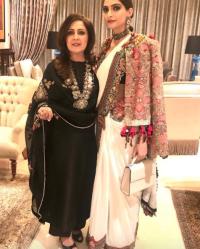 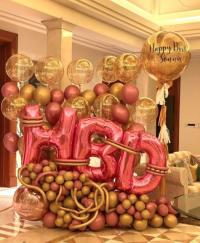 But the best wish came from her super-creative husband, Anand S Ahuja, who had made the sweetest gesture for his wife, Sonam Kapoor Ahuja. Not only did he ensure that his wife gets to spend her special day with her family in Mumbai, Anand also organised a quarantine photoshoot to wish the birthday girl. The quarantine photoshoot had cut-outs of her close friends and family, arranged like it's a group picture. Anand captioned the pictures as “We all came together for a Quarantine photoshoot for the queen of photoshoots! Happy Birthday from us all @sonamkapoor.. PS sorry no parents allowed at this party!” and “Photoshoot continued by group... you know how it goes... Happy Birthday to our fave.” On which, Sonam commented, “This is adorable my love.. all the people I love! This is too cute.”

Rhea Kapoor’s beau, Karan Boolani posted a picture with their ‘senior’ and revealed that Sonam Kapoor Ahuja had crashed his first date and never left. Posting a picture with the two girls by his side, Karan wrote, “She crashed my first date with Rhea and never left. Love you senior.” To which, Rhea replied, “Technically it wasn’t a first date. Technically you lost a bet. I don’t even remember what the bet was about best win ever.” (Also Read: Alia Bhatt Makes A 'Kick-Start' To The Week With Sister, Shaheen Bhatt, Shares A Workout Picture) 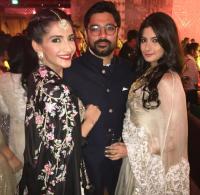 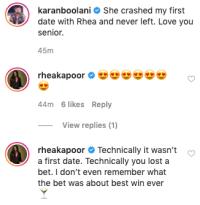