Vidya Balan busts the myths about a typical saas-bahu relationship and thus, she ended up speaking to married ladies of the Tinseltown, Sonam K Ahuja, Rani Mukerji and Juhi Chawla.

For all the 90s kids outta here, Doordarshan was our Netflix! From now superstars making their debut with Doordarshan sitcoms, Rangoli, Friday night movies, Ramayana, Mahabharat, Krishna, cartoons, educational programme, Republic Day and what not, the mere mention of this golden era makes us want to board a time machine and fly back! Speaking of Doordarshan and its famous sitcoms remind us of the superhit show, Tu Tu Main Main which was based mainly on saas-bahu love, which looked so realistic. And why wouldn’t it? One of the anokha rishta on this planet is that of a saas and a bahu. We bet many would have mixed reactions on this statement but our Bollywood divas’ statements about their mother-in-law will give you all major goals! (Do Read: Parth Samthaan Makes Erica Fernandes' Birthday Special In Mussoorie, Rubs Birthday Cake On Her Face)

Hence, let’s talk about all the married ladies of the Tinseltown. Vidya Balan, an actress known for her versatility, breaking stereotypes, terrific acting and the person that she is, will be soon be seen in Muthoot Blue’s Dhun Badal Ke Toh Dekho with Vidya Balan on 92.7 BIG FM, wherein, the Kahaani actress will be seen raising ‘never spoken about’ issues in the society and talking about it. And there’s an episode that highlights the myths about a typical saas-bahu relationship and who would know it better than the married ladies of the glamour world? And thus, Vidya Balan ended up speaking to Sonam K Ahuja, Rani Mukerji and Juhi Chawla about the same. 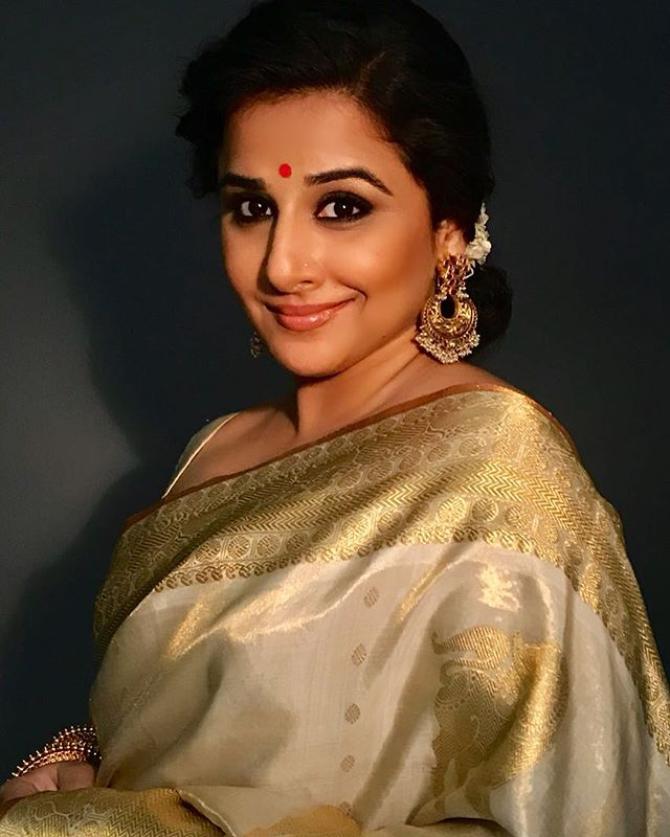 Speaking to Vidya Balan, Sonam K Ahuja shared about her mother-in-law, “I like to call my mother-in-law my mother. She has two children and she treats me like her third child. She is my friend and at the same time, she’s my mom. I think she’s loved me as much as my mother loves me. She doesn’t have a daughter, so she keeps saying that she eventually got a daughter in me and I think everyone should be as lucky as I am.” 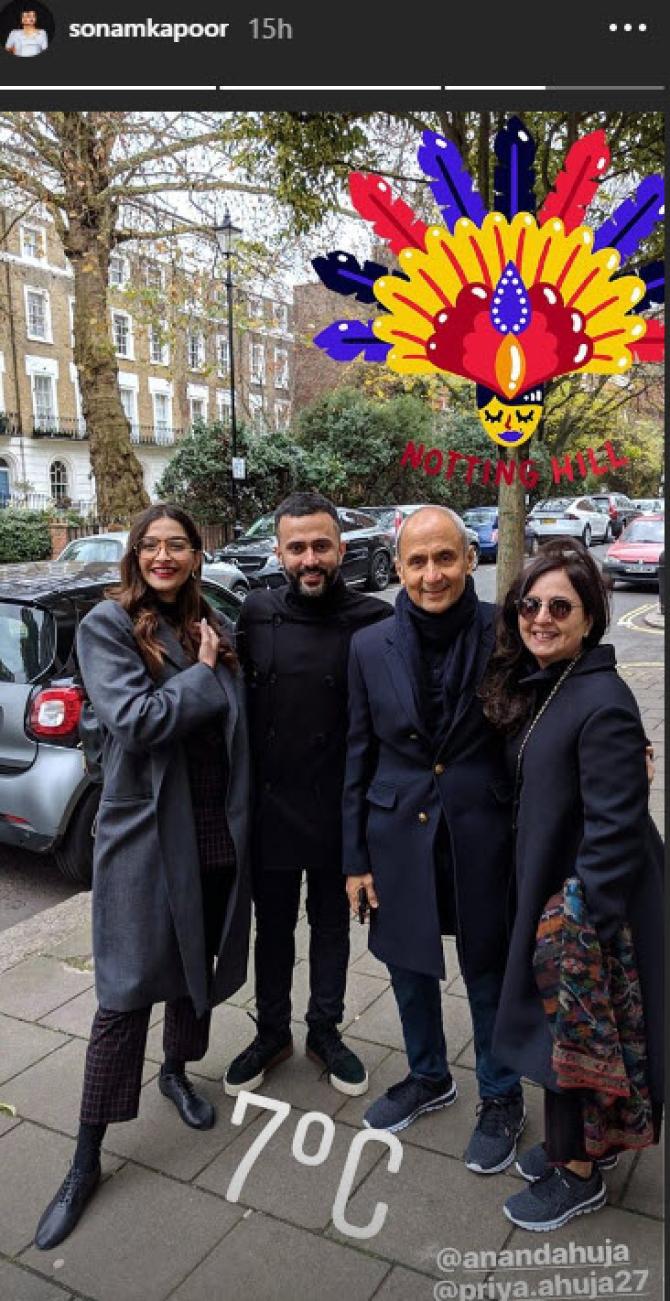 Rani Mukerji also spoke about her mother-in-law and revealed, “She is a fantastic lady. I thank my mother-in-law every day for making Aditya the person he is today. She's an absolutely fantastic lady to know, and this is something that's clearly visible in the way that she's brought him up. She has instilled such good values in him that I keep thanking her." (Also Read: Priyanka Chopra-Nick Jonas Killing It At Met Gala 2019 Where Their Journey As A Couple Began) 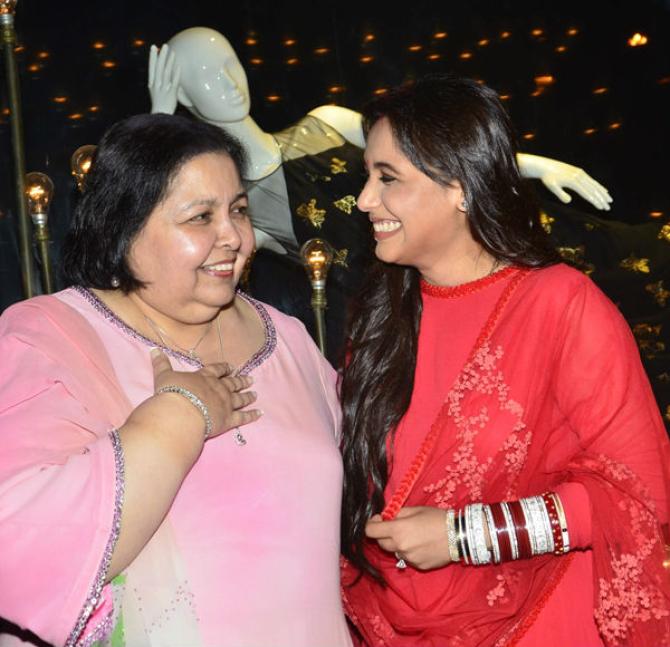 Juhi Chawla too opened up about the bond she shares with her mother-in-law and revealed, “When I would have outdoor shoots, I’d say that I couldn’t make it for more than 10 days at once. So I would come back, be with the children for a little while and then go back again. Luckily by the grace of God, my mother-in-law would be at home to take care of the children, while mostly she lived in Uganda. She would specially fly down to support me and the family. This is when I understood the value of family support. Thankfully, having them around helped me to continue working and travelling despite having kids.” 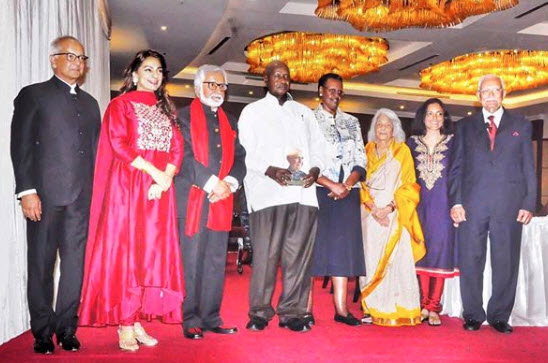 Aren’t our divas amazing in their personal lives too, just as their professional lives? But what about the host, Vidya Balan, herself? In a 2016 interview with the DNA, it was reported that Vidya wants to live closer to her in-laws. A source had shared,  “Vidya's ageing in-laws want to live closer to their children. Aditya lives all by himself in Bandra while Siddharth and Vidya live in Juhu. The parents who live in South Mumbai currently are contemplating moving to the suburbs. Thus their sons were looking for an ideal home for them close by. Vidya is happy that they want to stay closer to their children." So this suffices all that she feels about her in-laws, isn’t it? Coming back to Sonam K Ahuja, she shares a very cordial relation with her in-laws and more specifically, her mother-in-law. She had once told Deccan Chronicle, “They are Sindhis and are a very private business family. They are lovely people but I don’t want to discuss much. I am obsessed with my mother-in-law; I get along very well with her. As they are not from the film industry so let’s not talk much about them. I have been dating Anand for so long. I like saying that he is my husband but I am so used to calling him, my boyfriend. It’s fun being married.” (Must Read: Isha Ambani Piramal Steals The Show Wearing A Feather Gown And Chunky Diamonds At Met Gala 2019) About Rani Mukerji, last year, she celebrated her MIL’s 80th birthday with great pomp and show. In a throwback interview with the DNA, Pamela Chopra had shared about her reaction when he first got to know that son, Aditya Chopra was keen on marrying Rani Mukerji. She had then revealed, “When Adi told me he wanted to get married to her, quite honestly, I was surprised. He’s very low profile and my first thought was how can he get married to an actress because stars are very high profile and always in the news. But then he was too much in love with her. Rani makes him so happy and for me, as a mother, that’s all that matters.” Further praising her daughter-in-law, Pamela ji had shared, “Rani is a lovely girl. There are some things that I find very special about her. She is a very down-to-earth girl and extremely respectful of me. We have a very good relationship.” 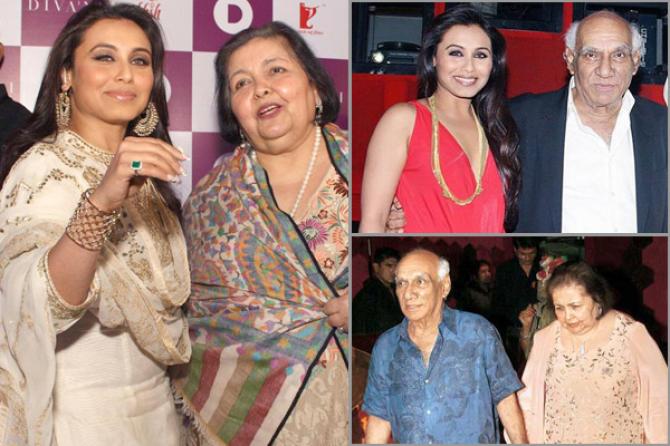 Hence proved! Guys, what kind of bonding do you share with your mother-in-law? Keep us posted!