When you hear about your friend or sister’s wedding, even more than the D-day, you are ecstatic about the most-awaited bachelorette! For this is the only time in the bride-to-be’s life which will never return. One such celebrity singer is about to be married soon and these days, a fun Goa bachelorette trip with her equally famous sisters and friends is keeping her busy. Any guesses as to whom we are talking about? We are speaking about the very talented, Nainowale Ne singer, Neeti Mohan. (Do Read: 'Maasi' Surveen Chawla Posts A Beautiful Message For Sharad Kelkar's Daughter, Kesha's 5th Birthday)

Neeti Mohan is all set to be married to Manikarnika actor, Nihar Pandya on February 14-15, 2019, and we totally can’t keep calm! She, along with her equally famous Mohan sisters, Neeti, Shakti, Mukti, Kriti and Ayushmann Khurrana’s wife, Tahira Kashyap is in Goa for Neeti’s bachelorette bash. A few Instagram stories and a ‘bride brigade’ post by Neeti which she captioned as, “BOMBSHELLS are here #BrideBrigade”, made us yearn for all that must have been happening at her do! While we will share a few glimpses once again, let us take you that actually have some glimpses from the inside happenings at Neeti Mohan’s bachelorette bash. 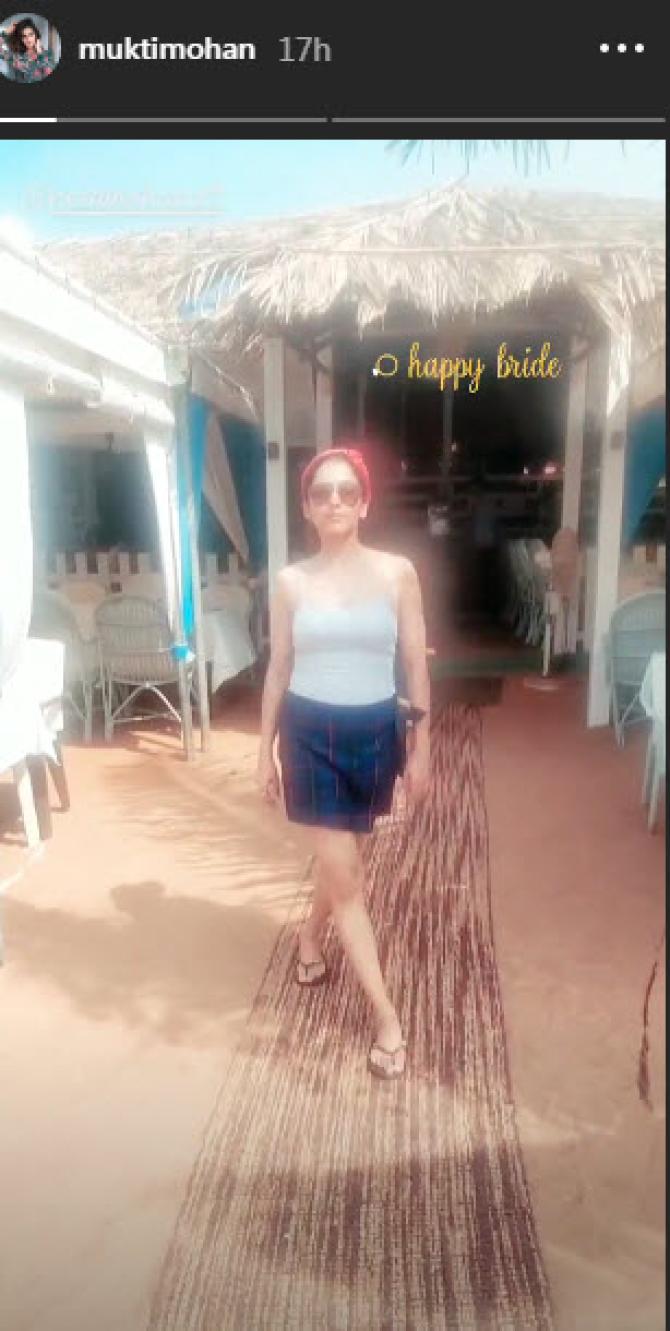 Mukti Mohan took to her Instagram stories and posted a series of pictures from their bachelorette shoot, donning their traditional best. A mere look at the pictures and you will have a clear idea of all the fun that the Mohan sisters are having at Neeti's bachelorette! 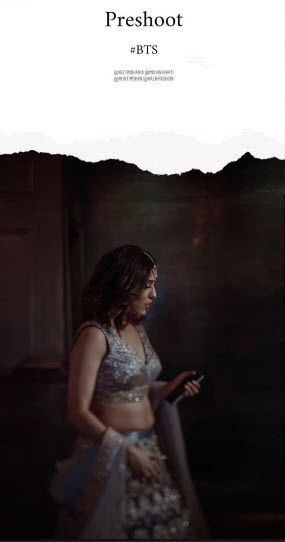 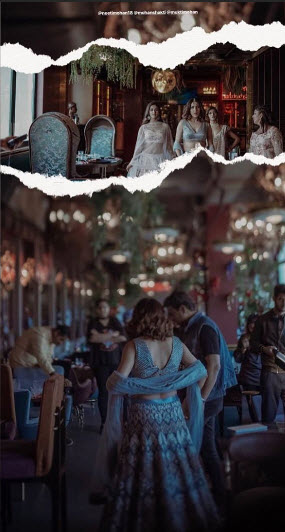 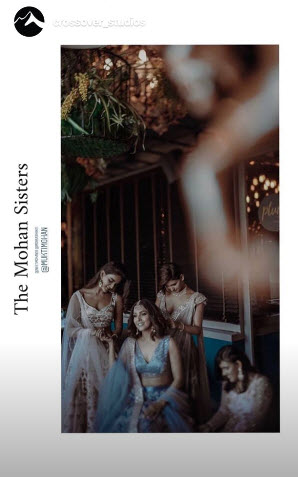 There was one picture from their bachelorette bash, wherein all the members of the girl gang were seen wearing groom-to-be, Nihar Pandya's face-masks. While the picture certainly catches our fancy, there was another person who loved the attention! Want to know who it might be? It was none other than the soon-to-be jiju of the Mohan sisters, Nihar Pandya! Sharing the same picture on his Instagram handle, Nihar wrote, “Absolutely Love this pic. @neetimohan18 I soo want to tag all the beautifully faces behind the mask but I'll leave that for you to do. So, there is a scope of me looking pretty. haha. "A Friend is someone to share the last cookie with" More Love and power to all of you #bridesmaids.” (Also Read: Esha Deol Enjoys The 'Perks Of Pregnancy', Dharmendra Sends Her Hand-Picked Veggies From Their Farm)

Few days earlier, a Pinkvilla report had quoted a source saying, “Neeti and Nihaar have been dating each other for the past four years now. They recently decided to take their relationship one step ahead. They would be tying the knot in February 2019 in Mumbai. Their family and friends from the industry will be a part of the celebration. While the sangeet, mehndi and the wedding is a close-knit affair, the reception invites will go to their friends from the industry." While another source added, "Nihaar is currently busy with the prep for the wedding and is also gearing up for the release of his debut film Manikarnika. The movie hits the screens on January 25, 2019. Post that, he will dive deep into the last minute wedding prep." In an interview with SpotboyE, Socha Hai singer revealed how love happened between her and Nihaar. She shared, “We both have strong values and quite similar ones. I think Jimmy knew that, and trust me, he was very sure that we would click. He introduced us at a wedding, where Nihaar was accompanied by his parents. They met me very warmly and there was an instant connect with not just Nihaar but also his family members.” She also added, “After that, Nihaar met my parents. My Dad loved him almost instantly. He used to keep saying, "I have four daughters. Why is none of them getting married?” She also told the quality that attracted her towards Nihaar, and said, “Well, I am beyond gauging a person based on his looks. I try to gauge the inner core of the person, which I think is so prevalent in Nihaar.” Speaking about her wedding functions, Neeti shared, “All functions on February 14 and 15. Engagement nahin hui hai, but doni ki families have given a word to each other and blessed us.” Neeti also revealed how she will be moving in with Nihaar and his parents post their wedding, “I am moving into his house and will stay with his family. And trust me again, I am really looking forward to that.” Well, the couple isn't planning an immediate honeymoon after the wedding. Talking about the same, Neeti said, “Not decided (about the honeymoon), but it will have to wait. I have a couple of assignments going on.” (Must Read: Patralekhaa Can't Keep Calm After Seeing Her Sketch With Raj Kummar Made By A Fan, Pic Inside) 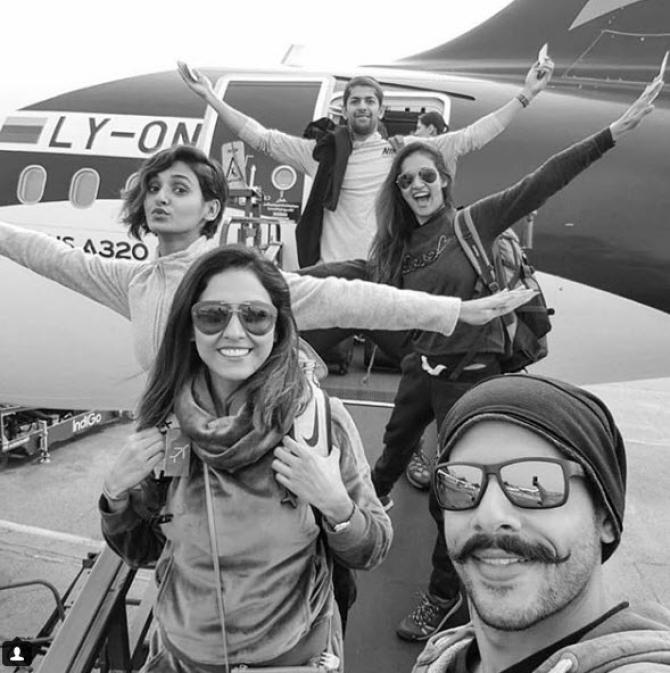 For the uninitiated, Nihaar was earlier dating superstar, Deepika Padukone for about three years during their struggling years in Bollywood. In a recent interview, Nihaar commented on Deepika and Ranveer’s wedding and stated, “There is no bitterness in my heart. I wish her all the best in her married life. And I am sure she wishes the same for me". He further added, “I only wish the headlines announcing my wedding wouldn't refer to me as 'Deepika Padukone's Ex'. I'd like to think I have an identity of my own.” 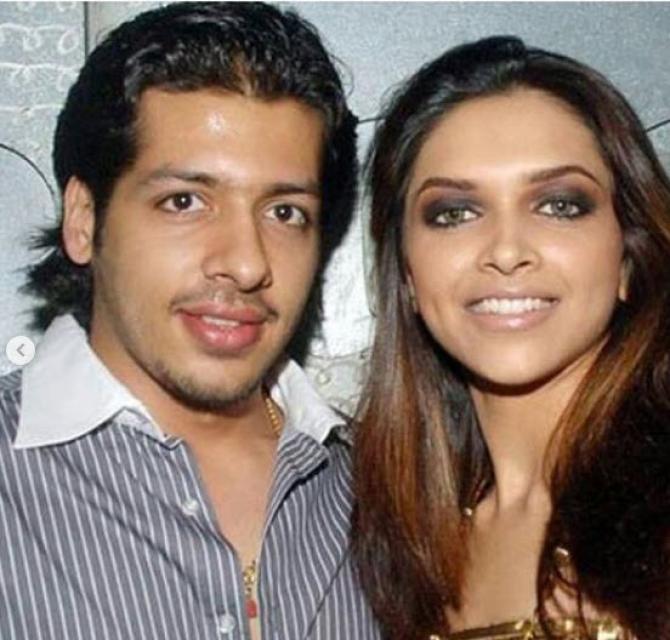 Guys, how excited are you to see Neeti and Nihaar in their wedding avatars? Let us know!