Sonali Bendre, after getting herself treated in New York for over 6 months, is back in India for a break. The actress is the cover girl for Harper’s Bazaar India magazine and is acing it like a pro! 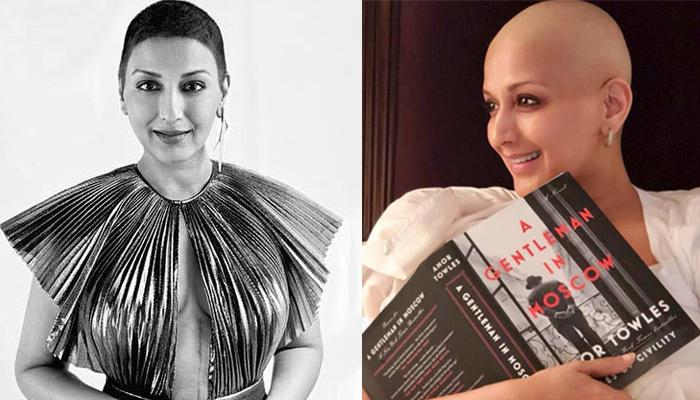 It is nasty, it is ugly and can drain one out of their mental strength, but only with a condition. Which is, 'only if you want it to'. What seemed like a taboo even until years back, is spreading like wildfire all over. While cancer can make you physically ill for the time being, this nasty disease shouldn’t be given the authority to rule over one’s mind and strength. And who can teach that better than one of the strongest cancer 'soon-to-be survivors', Sonali Bendre? (Do Read: Neetu Kapoor Shares 'Amazing Feeling In Lows' Selfie With Rishi Kapoor And Ranbir Kapoor)

Sonali Bendre is fighting the Big C like a tigress, which must be serving as an exemplar to millions! After getting herself treated in New York for over 6 months, Sonali is back in India for a break from the treatment. The actress is the cover girl for Harper’s Bazaar India magazine and she is acing it like a pro! Dressed in a powder blue gown with a sparkle in her eyes, Sonali captioned the cover of the magazine as, “There’s no one way to tell how our experiences change us or shape us. Not all transformations are visible, but they will always leave an impact. What I’ve learnt is to never let it hold me back. I would rather dress up and show up! That’s how I would describe my day, shooting for the @bazaarindia cover. Had a great time talking to you, @sanjuktasharma; thank you! I love the pictures, @tarun_khiwal! Thank you @mickeycontractor for working your magic on me. @nonitakalra, this is special - thank you!” 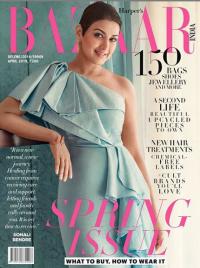 Speaking to the magazine, Sonali Bendre opened up about one of the strongest thoughts she had as she learnt of the nasty disease. In an interview with the same magazine, the stunning star shared, “So when my PET [Positron Emission Tomography] scan showed up cancer had spread all over my abdomen, like fairy lights scattered all over, and when the doctor in New York said that there was about 30 per cent chance of it all going away, we were shattered.” The 44-year-old actor further added, “But the thought of death didn’t come to me. I thought this was going to be a long struggle, but I never thought I’d die.” Way to go, girl! 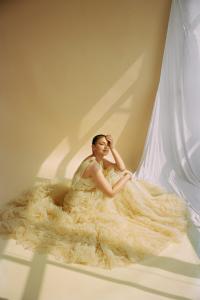 Sonali Bendre is ailing from high grade metastatic cancer. The fighter had also posed for a Vogue India’s cover story and shared about her cancer journey. She had said, “My first thought was to hide it because it was a disease. I thought my ‘brand’ is over—all along I had been endorsing healthy eating and health-focused products, and suddenly it was all gone. It was only when my oncologist said that I had fourth-stage cancer and a 30 percent chance that my whole world view changed. Suddenly I didn’t see any reason not to talk about it. I had done nothing wrong; it was not my fault I had cancer, so why was I hiding it?” (Must Read: Pooja Bhatt Opens Up About Her Sister, Alia Bhatt's Relationship With Beau, Ranbir Kapoor)

Sonali Bendre had also shared, “It’s unreal to remain positive all the time. There will be overcast days. I wanted to tell anyone who was feeling low that it’s okay to have negative emotions. We will feel high and low, and our job is to just try and prolong those highs.” Sonali had also revealed about the time when she shaved her head in the bathroom, and stated, “It was that very typical meltdown-in-a-shower scene. There was nothing new about it—it was exactly how you see it in books and movies, where the protagonist takes a razor and shaves it off. I wanted to write a new story, but it was the same old scene. My idea was to go for a haircut with my girlfriends, open a bottle of champagne and toast to the one glass I was allowed to have before I shaved my head! So that scene remains.” 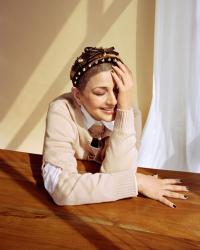 On World Cancer Day on February 04, 2019, Sonali Bendre shared many intricate details about her treatment back in New York with the Bombay Times. She had stated, “I think humour is the best way to deal with it. I laughed through it, I laughed with it. And I continue to laugh at it. There is no other way to deal with it. I think I will change my vocabulary. I remember that post-surgery, I would sometimes walk around the hospital with my chemotherapy IV in my hand, because I was bored of lying down. My friends have some funny videos of me doing all that stuff.” 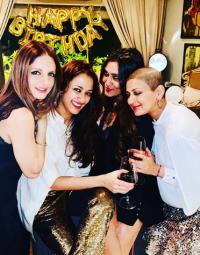 Sonali Bendre had also shared about what kept her going and how she dared to turn such nature’s hostility into a boon, “My hair had gone and I was constantly rubbing my head. I have one of those videos, where my friend is telling me that I am constantly rubbing my head, and I turn around and tell her that I am actually dancing to Tattad Tattad. They fell down laughing. Even while the chemo was going on, we would look at videos, crack jokes and laugh. I told myself, I am spending so much of money here, so I will treat it like a holiday in NY, with a little bit of chemos thrown in. That was my way of dealing with it.” (Also Read: Saumya Tandon Gets Trolled For Resuming Workout After Two-Months Of Delivery) 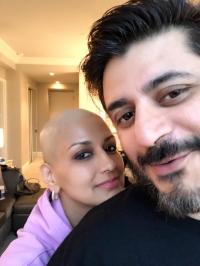 Sonali Bendre, we are proud of you! We don’t just hope, but are sure that you will emerge stronger and better!