Neha Dhupia turned a year older on August 27, 2020 and her BFF, Soha Ali Khan shared an adorable wish for her. Take a look!

Birthdays are one of the most important days of our lives. We wait for 364 days to celebrate that one day, which only belongs to us. Gathering wishes at midnight, welcoming friends for a party, going out for a romantic dinner with our partner, entering into a room with a surprise birthday party from our family are some of the most amazing moments we cherish on our birthday. It doesn’t matter, whether we are six or sixty, the excitement remains the same. And Bollywood’s gorgeous actress, Neha Dhupia is going through the same emotions as she turned a year older and has been receiving wishes from her dear ones. (Also Read: Sania Mirza And Her Son, Izhaan Show Off Their Style Statement As They Spend Some Alone Time)

Neha Dhupia, who is one of the most gorgeous women in Bollywood had made her acting debut with a play called Graffiti. After winning the title of Miss India in 2002, Neha made her Bollywood debut in 2003 with the film, Qayamat: A City Under Threat opposite Ajay Devgn. But it was her stunning performance in the film, Julie which had got her much-needed recognition. Apart from movies, Neha has also hosted shows like, BFF with Vogue and No Filter Neha and is currently a gang leader in the reality show, MTV Roadies. 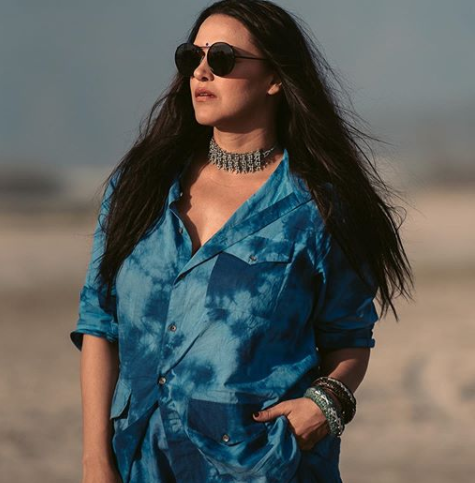 On August 27, 2020, Neha Dhupia turned a year older and it was her BFF, Soha Ali Khan, who shared an adorable wish for her. Soha took to her IG handle and shared a beautiful picture with Neha from her baby shower. Along with the picture, Soha wrote, “When Neha walks into a room everybody notices. If you don’t see her, you hear her. And when she leaves the room she takes a little something from it with her. Not in a kleptomaniac swiping your cutlery sort of way but in the way the air seems to go a little flat and limp on her departure. @nehadhupia Happy Birthday you bright shining star!! Welcome to the decade of deliverance!” followed by a heart emotion. (Also Read: Kareena Kapoor Khan Flaunts Her Baby Bump As She Poses With Her Girl Squad In A Recent Picture) When Soha Ali Khan’s little angel, Inaaya Naumi Kemmu had turned 1, Neha had wished the little munchkin in the most beautiful way. She had shared adorable pictures of the birthday girl with her mummy Soha and daddy Kunal, Angad and aunt Neha, chilling in a swimming pool. Along with the array of pictures, Neha had written, “Happy first birthday our little princess Inaaya. May you be blessed with all the love and happiness in the world @rjdeigg.” 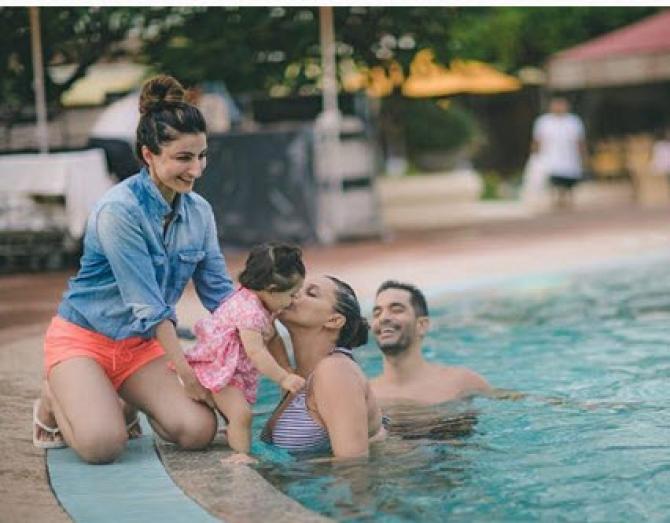 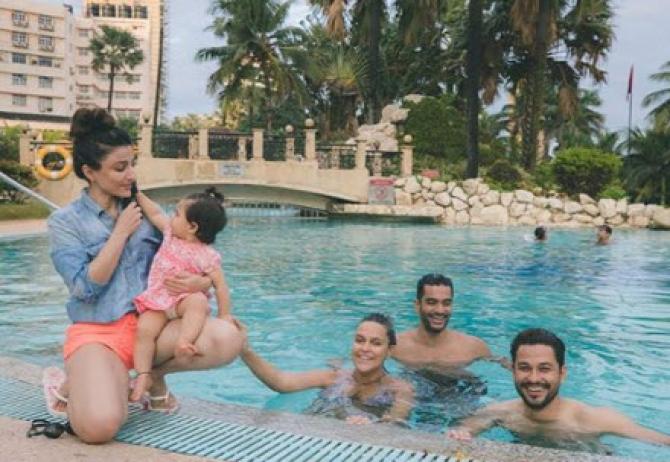 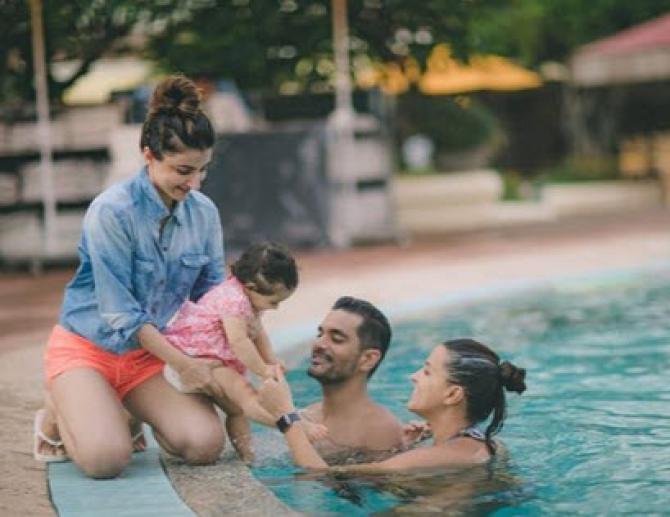 Like Soha and Neha, their husbands too share a great bond. On January 16, 2019, Soha had shared a picture on her IG handle with her favourite people, Neha Dhupia, Angad Bedi, Kunal Kemmu, Rannvijay Singha and Prianka Singha. In the picture, BFF, Soha and Neha had twinned with each other. Along with the picture, Soha had written, “Paired off. Thank you @sartajsangha for these and the other ‘candid’ shots!!” 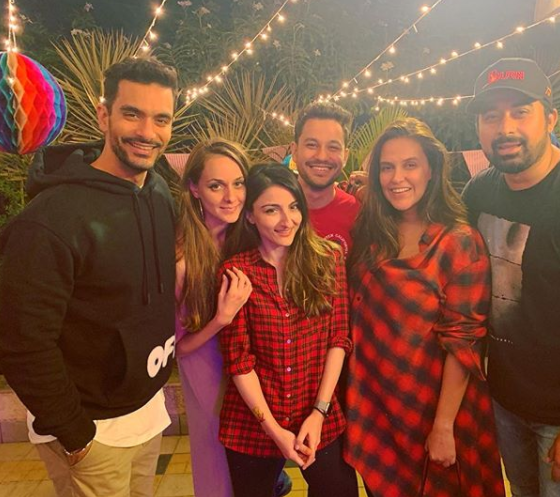 Last year, on Ramadan, Neha had taken to her IG handle and had shared a heart-melting note for one of her ‘guiding lights’, Soha. Sharing a picture of herself, Neha had written, “This Ramadan I want to thank one of the guiding lights in my journey of being a mother, my friend Soha ...Thank you for holding my hand through it all and sharing your own experiences of being a mother with me, which to this day make my motherhood journey more fulfilling. Iftaar is a time of bonding and saying thanks to the ones you care for, and to make this Iftaar a notch brighter for you, sending you this bundle of joy from. Happy Ramadan @sakpataudi!” (Also Read: Mahhi Vij Slams A Troller Who Questions The Actress' Love For Her Adopted Kids, Khushi And Rajveer) Neha Dhupia has been advocating breastfeeding for years now. In 2019, she had started an initiative, 'Freedom to Feed', in which they talk about the importance of breastfeeding, breaking the stereotypes and creating awareness about the same. As Neha became a mother for the second time on October 3, 2021, she