Soha Ali Khan reshared a rare monochrome picture of her 'amma', legendary actress, Sharmila Tagore from her wedding. Scroll down to check it out!

Actress-turned-author and gorgeous mother of a little angel, Soha Ali Khan is the daughter of a legendary figure of Indian cinema, Sharmila Tagore. Sharmila ji is an epitome of beauty and courage. Be it being the first Indian actress to don a bikini on the cover of a magazine or marrying the love of her life, Mansoor Ali Khan Pataudi at the peak of her career, she has always defied conventions. (Recommended Read: Kareena Kapoor Khan Reveals What She Learnt From Her First Pregnancy, Says She Won't Repeat It)

On October 28, 2020, Soha Ali Khan shared a gem of memory, and before seeing this picture, we had no idea it existed! Soha reshared a rare monochrome picture of her amma, legendary actress, Sharmila Tagore as a bride from her wedding, which was originally posted on a Bollywood fan page. Scroll down to check out the picture! 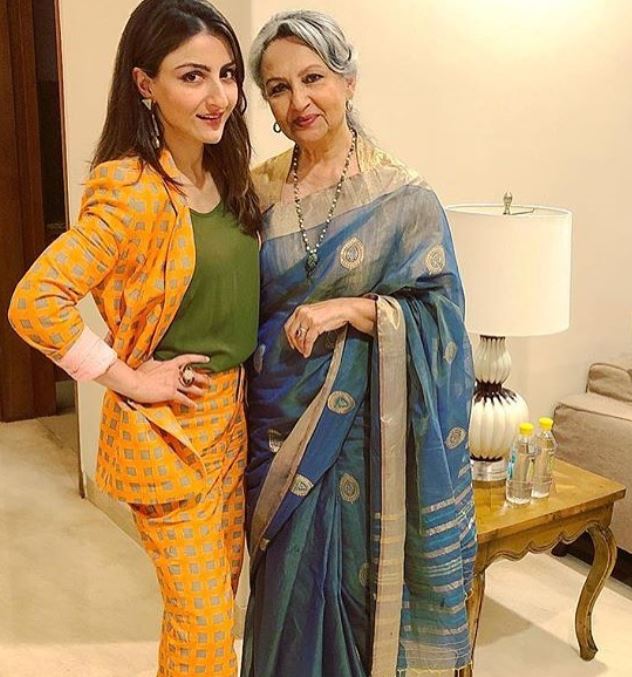 A fan page posted a rare, unseen monochrome click of Sharmila ji from her wedding, posing as a shy bride and we stopped blinking for a moment! The caption has Sharmila ji's quote about marrying at the peak of her career, which said, "Everybody advised me against marriage, and people said that you're at the peak of your career and marriage may affect it. But I feel there is timing in everybody's life. In fact, acting is all about timing! Even in real life, at least I have that very strong sense of timing to do things when they are meant to be done." Soha Ali Khan reshared the beautiful click on her IG stories with a 'Follow your heart' sticker over it! 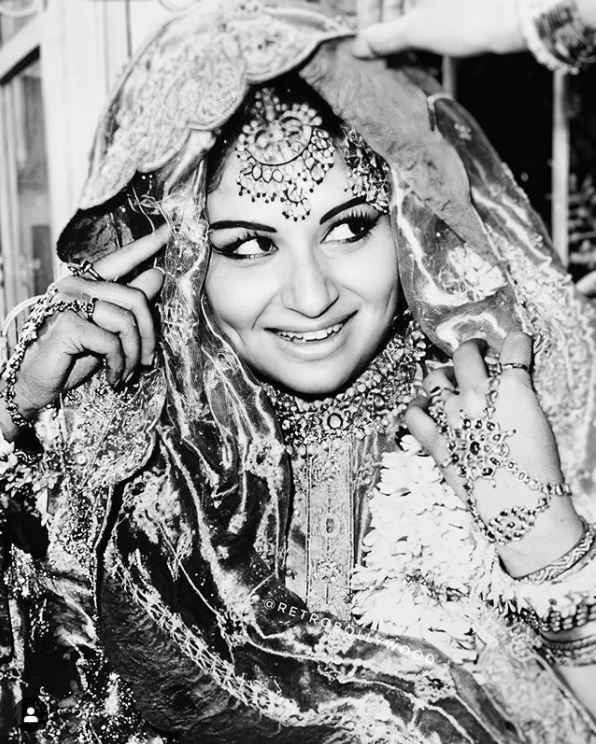 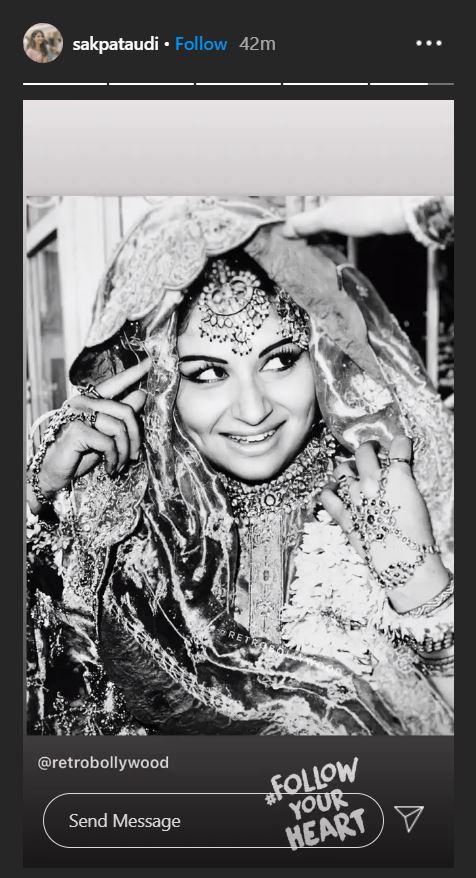 Earlier, in an interview with the Indian Express, Soha Ali Khan had talked about about how she had followed her mother's footsteps after becoming a mother herself. She had said, "I did suffer in the beginning when I was coming to terms with being a mother. It was daunting and overwhelming, I was not sleeping enough, I was forgetting to eat, and I was not looking after myself. My mother was the one to told me to eat healthy, rebuild and recover." Further, Soha had stated how she had turned into her mother, Sharmila Tagore and had said, "I can hear my mother's voice coming out of me. Even in the way I talk to Inaaya, in the way I am guiding her, teaching her, or feeding her. My mother was always a little bit strict, and when I become strict, I almost sound like her. But, my mother was perhaps not as controlling as I am. I want to do everything, whereas she was happy to delegate." (Also Read: Karanvir Bohra Tries To Eat Pregnant Wife, Teejay's Food, Kids, Bella And Vienna Comes To Her Rescue) 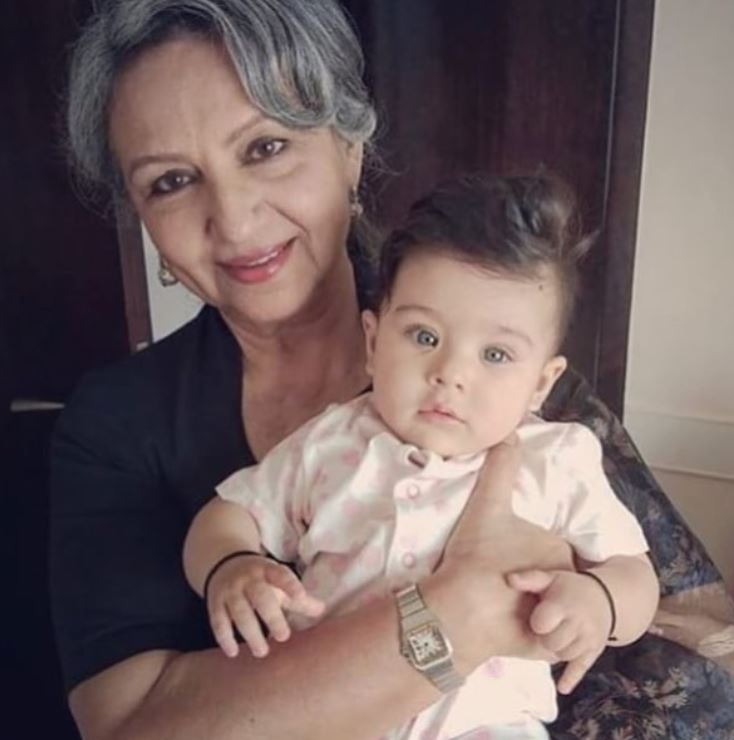 On April 17, 2020, Soha Ali Khan had penned a sweet note for her mother, Sharmila Tagore. In her note, Soha had talked about the changes she had felt in herself after giving birth to her little daughter, Inaaya Naumi Kemmu. Her long note could be read as "Being the youngest in my family I wasn't responsible for anyone else, so having a daughter was a life-changing experience. I constantly worry about her wellbeing even when I know someone is looking after her when I'm away. It puts all that my mother did for me while I was growing up, into perspective. Thank you, Amman for being my guiding light, for keeping me safe and for keeping me healthy. Let's take this opportunity to acknowledge and thank our mom warriors for always going beyond and keeping us on the pedestal." 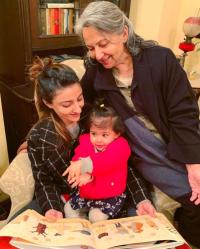 In an interview with the DNA, Sharmila ji had revealed how she often advises her daughter, Soha, on motherhood and had shared, "Of course I do, as all mothers would. Like my mother used to do when I was carrying Saif. I remember when Saif was a baby, the paediatrician had recommended that we give him orange juice to drink, but my mother said he was too small to be able to digest it and that I should dilute it with some water. I didn't listen, and Saif had a tummy-ache. I guess mothers do sometimes know best, and it's also the experience that counts. Yes, Soha does call me to ask for advice on what to do, and I do advise her, but I also tell her to follow it up only after checking with the physician." (Don't Miss: Pooja Batra's Hubby, Nawab Shah Pens A Heartwarming Note For His Soulmate On Her 44th Birthday)

Well, mothers really are the best. Aren't they?