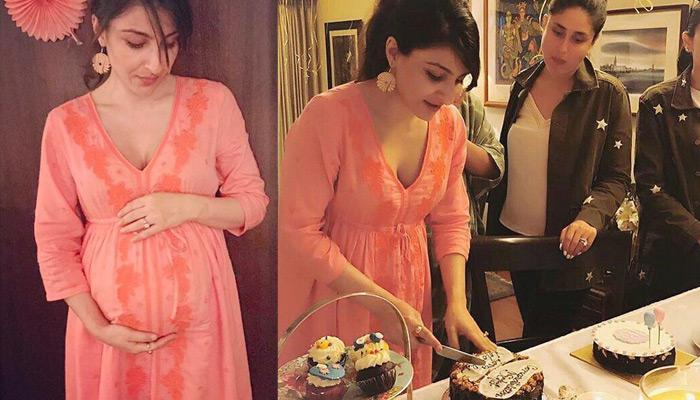 It is no more surprising that celeb babies and their mothers have been doing rounds on the internet, and garnering millions of retweets and Insta likes. It’s either the cutesy pics of these babies or pregnant celeb flaunting their baby bumps.

One such pregnant celeb is Soha Ali Khan. She has been posting her pictures on Instagram quite a lot lately. And her fans have been going gaga! 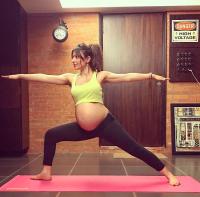 But now, we have a video for you. Yes, a video from Soha Ali Khan’s baby shower ceremony has been taking the internet by the storm.

The video is all a happy merry-go-round space and not to mention- star studded. Celebs who were present in the baby shower include Kareena Kapoor Khan, Karisma Kapoor, Konkana Sen Sharma, Shivani Tanksale and Neha Dhupia, among others. 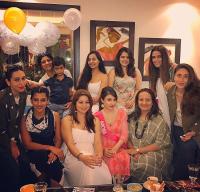 Kareena and Karisma are wearing the same dress and flaunting their looks as always like a pro. 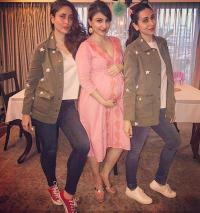 Konkana and Neha seem to be enjoying the most, singing songs. Speaking of the songs, there is a young guy who is playing the guitar and entertaining the ladies.

The video speaks of the fact that Soha’s baby shower was an intimate and private affair, only with close friends.

And not just this video, but fans have been going crazy with her pictures from the baby shower as well. Here are a few of those:

A post shared by Stardust Magazine India (@stardustmagazineindia) on Aug 22, 2017 at 1:16am PDT

A happy space with close friends: 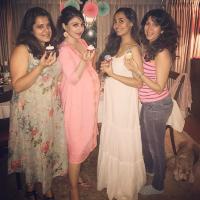 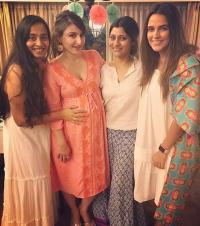 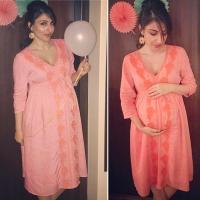 And guess who? The little tot and cutest Taimur is also here: 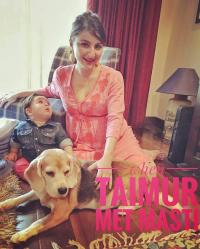 So those were the pics and video from Soha Ali Khan's baby shower ceremony. Enjoyed them? Do let us know in the comments section as to how did you feel about it. Team BollywoodShaadis congrats Soha, and may she deliver a healthy and cute child.

Next Read: 7 Indian Celebrity Couples Who Are Expecting Babies In 2017