As soon as Smriti Khanna entered the ninth month of her pregnancy, the to-be parents had begun the countdown and have been eagerly waiting for the stork to arrive with junior Gupta-Khanna. 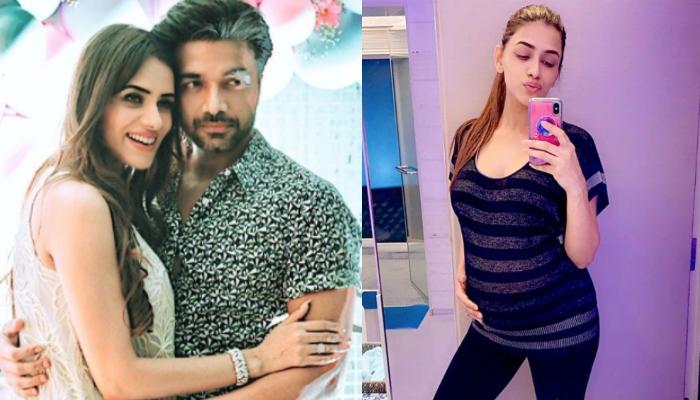 The ninth month is the most crucial but the most exciting phase of the pregnancy. Not only the to-be parents are busy buying stuff and building up their soon-to-arrive baby’s nursery, but they count days when they’ll hold their little one in their arms. They excitedly wait for the baby to arrive and countdown every single day. Soon-to-be mumma bear and papa bear, Smriti Khanna and Gautam Gupta too, are counting every day for their little one to arrive. (Also Read: Shilpa Shetty Kundra Posts A 'Twinning In White' Family Picture With Samisha, Raj And Viaan Kundra)

A few days before their second wedding anniversary on November 23, 2019, Smriti Khanna had posted a picture with her husband, Gautam Gupta, wherein the two were seen twinning in different shades of blue, as she gave a small peck on his cheek. While the picture was adorable to every level, it was the cryptic caption that had accompanied the post, made us speculate if a possible pregnancy is on the cards for Smriti and Gautam. The caption could be read as “Mumma bear loves Papa bear”.  And it soon got confirmed when Smriti had shared her ‘happiness’ upon feeling the first kick of her baby in the belly. Her post had stated, “Happiness is… the first kick of your baby in your belly.” Atop which, she had written, “This feeling!” followed by a heart emoji. 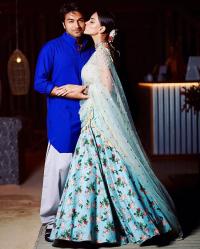 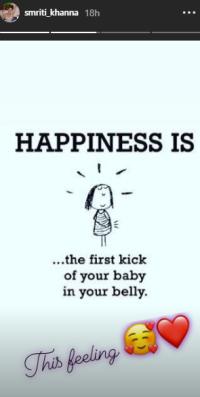 As soon as Smriti Khanna entered the ninth month of her pregnancy, the to-be parents had begun the countdown and have been eagerly waiting for the stork to arrive with junior Gupta-Khanna. Taking a trip down the memory lane, Smriti posted a picture with her hubby, Gautam Gupta from their trip to Yerevan, Armenia. Captioning her twinning-in-black picture, Smriti wrote, “Waiting for the third poser #countdownbegins #mommydaddysoon #pregnancy.” 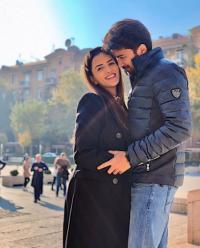 Amidst the coronavirus scare, Smriti Khanna had penned down an emotional note for her to-be born baby, wherein she had asked her little one to hang inside her tummy for a little longer as the outside world has gone crazy. Her note had stated, “Dear baby, just hang in there for a few more days. The world outside is going crazy! I don’t know what the future holds, but I do know that you’re so strong already and you’ll be born into a world which is learning a whole new way of living, which isn’t a bad thing. Also know that you’re celebrated each day. Every kick, roll and movement within is noticed and adored. I hope you’re feeling all the love. I feel for other mamas who are in this situation - a pregnancy full of uncertainty and added anxiety. But remember, we are all together in this and together we can do it all #babybump #quarantinelife #9monthspregnant #thistooshallpass.” (Also Read: Izhaan Mirza Malik Looks Adorable As He Reveals Who Is 'Amma', Sania Mirza's Cupcake) 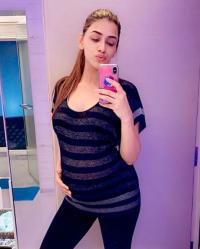 Sometime back, an excited mommy-to-be, Smriti Khanna had posted two mirror selfies of herself on her Instagram, and had captioned it, “Hi Golu #9monthspregnant #almostthere #babybump #readytopop.” With a big smile on her face in the first picture as she holds her baby bump and a tired second one, Smriti had introduced her fans to her ‘Golu’! 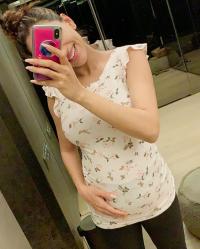 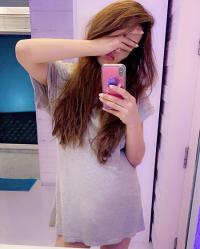 Smriti Khanna and Gautam Gupta had the most fun on her godh bharai rituals which had taken place as per the traditions and customs. The soon-to-be parents had also hosted a baby shower party later, wherein Smriti and Gautam had played the super-fun mommy and daddy game. Sharing the video on her Instagram, Smriti had written, “The mommy and daddy game” followed by a heart. From questions like ‘Who will spoil the baby?’ ‘Who will panic more?’ to ‘Who is going to do more of the diaper changes’, Smriti and Gautam answered everything in this fun game.

While we had given glimpses of Smriti Khanna and Gautam Gupta’s nine months journey of pregnancy, let us give you a recap of their wedding. In 2017, Meri Aashiqui Tum Se Hi fame, Smriti had become a trendsetter by being one of the first celeb brides to ditch the traditional red lehenga and heavy makeup for her wedding day. For her wedding, Smriti had opted for a pink outfit and minimal makeup and became an inspiration to every bride-to-be. On the other hand, her dulhe raja, Gautam Gupta had opted for a pastel-coloured sherwani, which he had paired with dhoti pants and a safa. Smriti and Gautam had looked nothing less than a match made in heaven on their wedding on November 23, 2017. (Also Read: Mahhi Vij Shares A New Family Picture With Jay Bhanushali And Their Baby Girl, Tara Jay Bhanushali)

We too, can’t wait to meet Smriti and Gautam’s little poser!

There was a time when we wondered how the world will end! Now, when we are literally witnessing a microbe attacking the human population, it scares us. The COVID-19 outbreak has made the entire world shut inside their homes. In these testing times, it is important to stay calm and