Smriti Khanna never skips a chance to share glimpses of her baby girl. On October 23, 2020, she posted a video of her little munchkin and it was beyond cute.

The journey of motherhood is filled with a lot of precious moments with one’s little wonder and every mother cherishes each one of them. From the moment a woman gets to know about her pregnancy, she eagerly waits for the nine months to pass soon and hold her mini version in her arms. One such mommy, who loves pampering her baby girl is actress, Smriti Khanna. Smriti had gotten married to her Meri Aashiqui Tumse Hi co-star, Gautam Gupta in 2017. After three years, the beautiful couple had entered the phase of parenthood with the arrival of their little angel, Anayka. (Also Read: Arjun Kapoor Wishes His Ladylove, Malaika Arora On Her 47th Birthday, Shares An Adorable Picture)

Ever since Smriti and Gautam had embraced parenthood, the duo has been sharing glimpses of their baby girl. On October 12, 2020, Smriti had taken to her Instagram handle and had proved that she is not a regular mom. The actress had posted a hilarious picture, wherein, we could see her imitating her little angel, Anayka's cute pose. Alongside the picture, Smriti had written, "We learn much more than we can teach them. #parenting #toddlerlife." 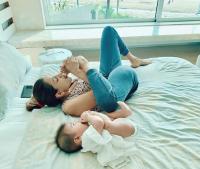 Smriti loves sharing glimpses of her baby girl and her recent post was no different. On October 23, 2020, she took to her IG handle and shared an adorable video as she played with Anayka. In the video, Smriti was seen kissing and cuddling Anayka, who couldn’t stop giggling. The mother-daughter duo was seen having a gala time and Anayka’s cuteness knew no bounds. Along with the video, Smriti wrote, “The games we play @anaykaguptaofficial.”

On the occasion of Father's Day, Smriti had shared adorable pictures of her husband with their baby girl. In the pictures, we could see Gautam holding their baby girl in his arms while Anayka had donned a white sweatshirt with 'Daddy my whole world' written on it. Along with it, Smriti had penned a cute note for the new father and it could be read as "@mistergautam it’s been so amazing to see you change and develop into the incredible daddy you are to our girl. It’s made me love you even more (which I thought wasn’t possible). Happy Father’s Day baby! PS don’t miss the last picture of Anayka." (Also Read: Pregger, Anita Hassanandani Recalls The Time When She Was 'Not So Fat', Shares Fabulous Pictures) 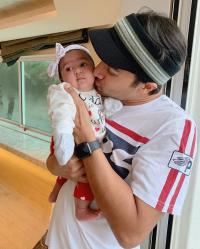 On July 2, 2020, Smriti Khanna had shared beautiful pictures of her having a gala time with her little doll, Anayka. The glow of motherhood could be clearly seen on her face. Smriti had also written a sweet little caption for her little angel, reflecting how life has changed ever since her arrival. The young mommy had looked gorgeous as ever in a grey bodycon dress and white sneakers, while baby girl, Anayka had looked cute as a button in a purple onesie. Smriti's caption could be read as "When I hold you, life makes sense. #momandme #meandmom #motheranddaughter #motherandbaby #momanddaughter #parenting #newmom #babygirl #daughter." 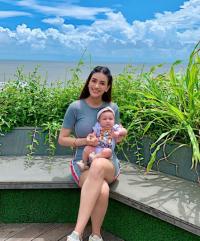 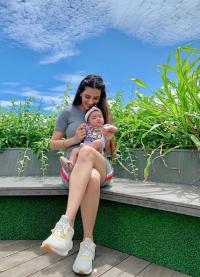 A couple of months ago, in an interview with The Times of India, Smriti had talked about her weight loss and postpartum depression. She had shared, "I have realised that even if you speak good on social media and educate people about pregnancy and mother, haters will still troll you. I felt that people did not discuss much about pregnancy, weight issues, breastfeeding and I feel these topics should come out openly in our society because there are so many myths and women struggle all their life to lose weight. There are so many times that this becomes a matter of depression for them. They stop stepping out because they are not looking a certain way or not fitting into their dress. Some women are scared to get pregnant. There is postpartum depression and it is a big thing and it is not spoken in India." (Also Read: Kareena Kapoor Khan And Saif Ali Khan Shower Love And Wish BFF, Malaika Arora On Her 47th Birthday) 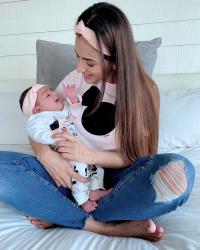 Do you also play such games with your little one? Let us know. 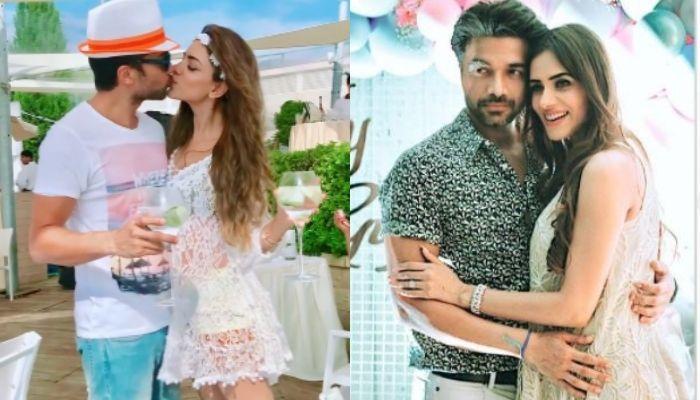 Celebrating your anniversary is more about believing in your love than about grand festivities. True, everyone likes to have a grand party, but it also makes them believe that they chose a perfect partner for themselves as their love is going strong through the years. Your anniversary is the perfect day