Actress, Shruti Haasan has mostly been in the headlines for her relationships with prominent faces of the industry. Let us take a sneak peek at Shruti's dating history.

When it comes to living like a boss lady, no one does it like Shruti Haasan. The glamorous South Indian beauty has made a name for herself in music, movies, and fashion industries. Over the years, we have witnessed Shruti's transformation from a young playback singer to a famous Indian actress. And, when we call her bold and beautiful, we mean it.

Not only for her sartorial choices but also for her link-ups with different celebrities, Shruti hit the headlines quite often. She had dated 6 prominent personalities over the years, from a cricketer, a singer to film stars. Let us take you through Shruti Haasan's dating history in chronological order!

Siddharth Trolled For Sharing A Cryptic Post After His Ex-GF, Samantha's Divorce With Naga Chaitanya 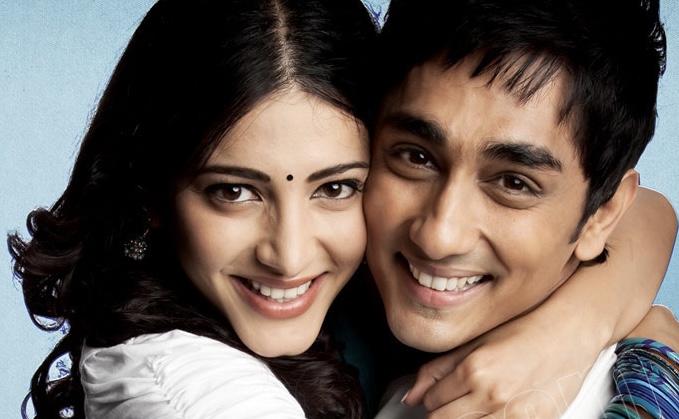 Shruti Haasan reportedly had an affair with the 'Chocolate Boy' of Tamil Cinema, Siddharth. He is one of the finest actors, who put extra effort into bringing a scripted character to life. Talking about their love life, he had met the Ramaiya Vastavaiya actress at a film set in 2010. Shortly, the internet was flooded with reports suggesting the duo's love affair. It should be noted that Siddharth was earlier separated from his wife, Meghna Narayan in 2007 due to the speculation of him dating his Rang De Basanti co-star, Soha Ali Khan. After separating from Soha, while he was moving on, he had crossed paths with Shruti. 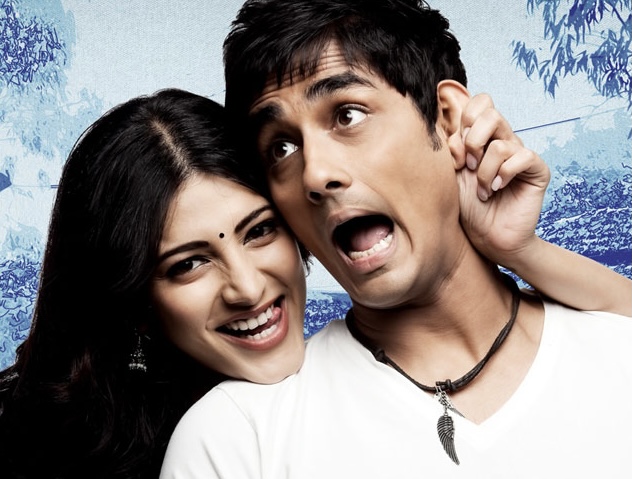 After a year of dating, Siddharth and Shruti had taken the next step in their relationship by moving in together in 2011. A source close to them had informed the media that the actress was head-over-heels in love with Siddharth and had rejected several good Bollywood offers.

A report in the Times of India stated:

"Shruti is willing to even chase a career down South and keep Bollywood as a secondary option. She has rejected around five good offers. She feels proximity with her beau will make her relationship work."

But unfortunately, the duo had broken up in 2011, owning to massive differences. 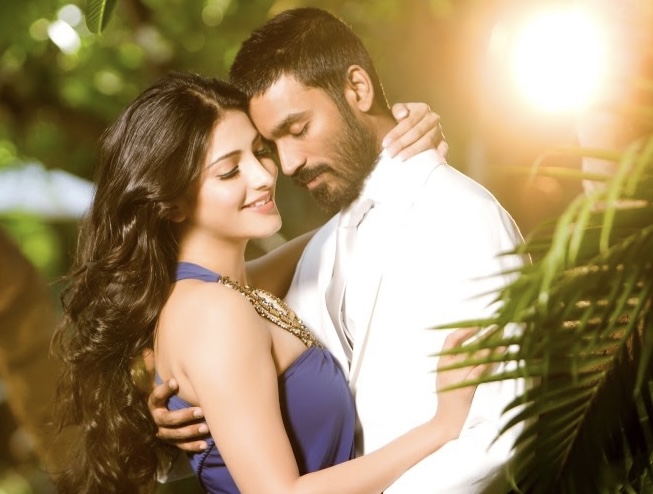 Right after breaking up with Siddharth in 2011, rumours of Shruti dating her 3 co-star, Dhanush had surfaced on the internet. In January 2022, the Atrangi Re actor had left his fans in shock when he had announced his divorce from his wife, Aishwaryaa Rajinikanth after 18 years of marriage.

However, back in 2011-12, when speculations of Dhanush's alleged affair with Shruti were hitting the headlines, it was said that Dhanush had got closer to Shruti Haasan during the shoot of the film, 3, directed by his then-wife, Aishwaryaa Rajinikanth. However, Aishwaryaa had rubbished off the rumors. 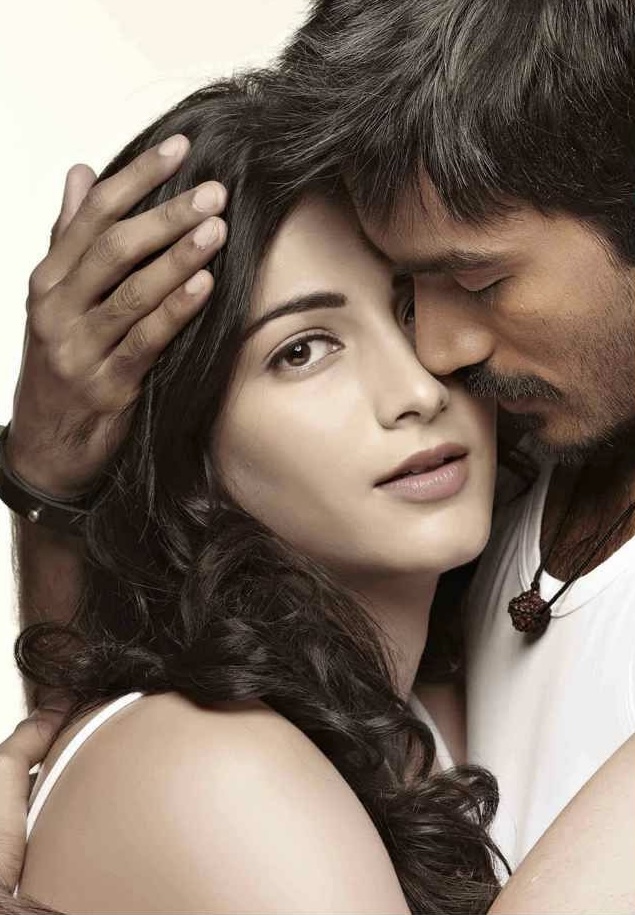 Shruti had broken her silence and had addressed the rumours of being in a relationship with Dhanush. In an interview with the Filmfare, she had said:

"I'm not going around justifying to people. I'm not going to tell people to put a microchip in my bum and follow me, so that they can know the truth. He is my best friend in the business. He has always helped me artistically."

Also Read: Atharv Nahar And Pooja Dwivedi's Love Story: From Being Family Friends To Their Happily-Ever-After The next man to join the list is the popular actor, Naga Chaitanya. Presently, he is at the peak of his career, basking in the glory of his successful movies. For the unversed, he had got hitched to The Family Man actress, Samantha Ruth Prabhu in 2017. However, the couple had announced their separation in October 2021, leaving their fans heartbroken.

Before Samantha, the Ye Maya Chesave actor was in love with Shruti Haasan back in 2013. Their chemistry and proximity were public at the 2013 South Indian Filmfare Awards night. The reports had suggested that the actor had even wanted to marry Shruti, but shortly, they broke up due to some misunderstanding. 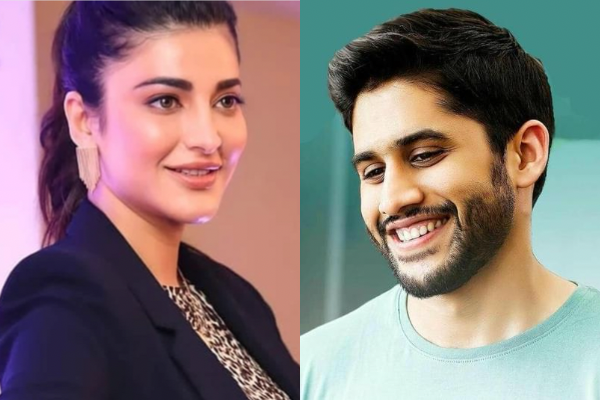 It is said that Shruti had asked Naga Chaitanya to pick her sister, Akshara Haasan from a venue, but due to lack of time, Naga could not keep her request and had left Akshara at the function alone. This incident had left Shruti furious, and she had decided to part ways with the actor. They did not move forward with their relationship but had worked together in the 2016 romantic flick, Premam. News of love affairs between cricketers and film stars is not new for the netizens. Starting from Anushka Sharma and Virat Kohli to Athiya Shetty and KL Rahul, it is an interesting trend that we have seen over the years of Bollywood actors marrying cricketers. Similarly, back in 2014, it was alleged that the famous cricketer, Suresh Raina was dating the glamorous actress, Shruti Haasan. As per The Times Of India reports, the Welcome Back actress had met with Suresh Raina at a Chennai Super Kings (CSK) IPL party, and the latter had got attracted towards her. Soon, she had become a companion of Suresh in his IPL matches as he had considered Shruti his "Lucky Mascot." Interestingly, his superstition was proved wrong when his girlfriend, Shruti Haasan, could not attend his match, yet he had played exceptionally well. Afterwards, Suresh had quashed the rumors saying he was not dating anybody. He tweeted:

"Too many media reports which no one even tries to confirm. This is to clear once & for all. I'm not dating ANYONE."

Don’t Miss: Lovey Sasan And Koushik's Love Story: She Fell In Love With Him After An Emotional 'Blindfold Date' 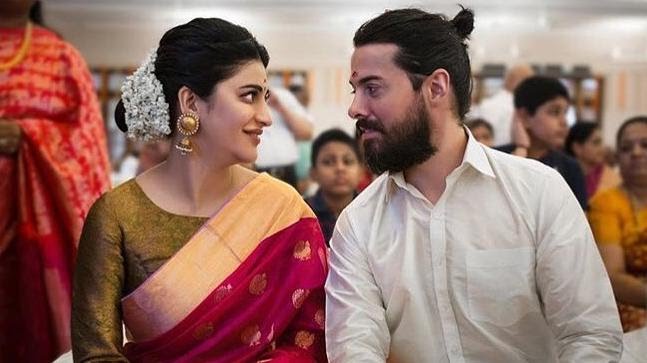 Michael and Shruti had met each other during a concert in London. Since then, she had never shied away from making public appearances with her long-time London-based beau, Michael Corsale. Although she had never publicly admitted to her relationship with Michael, their lovely Instagram pictures with romantic captions had conveyed it all. 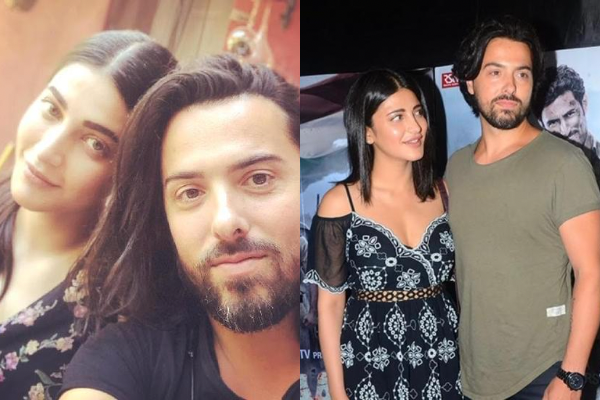 The actress even considered him an integral part of her life, but things did not last long for the lovebirds. Despite being supportive partners to each other, the madly-in-love couple had called things off in April 2019. Michael stated that their long-distance relationship did not seem to work in their favor. He had penned a sweet note for his ex-girlfriend, Shruti, and had written:

"Life has just kept us on opposite sides of the globe, unfortunately, and so we have to walk solo paths, it seems. But this young lady will always be my best mate. So grateful to always have her as a friend. Luv ya gal." 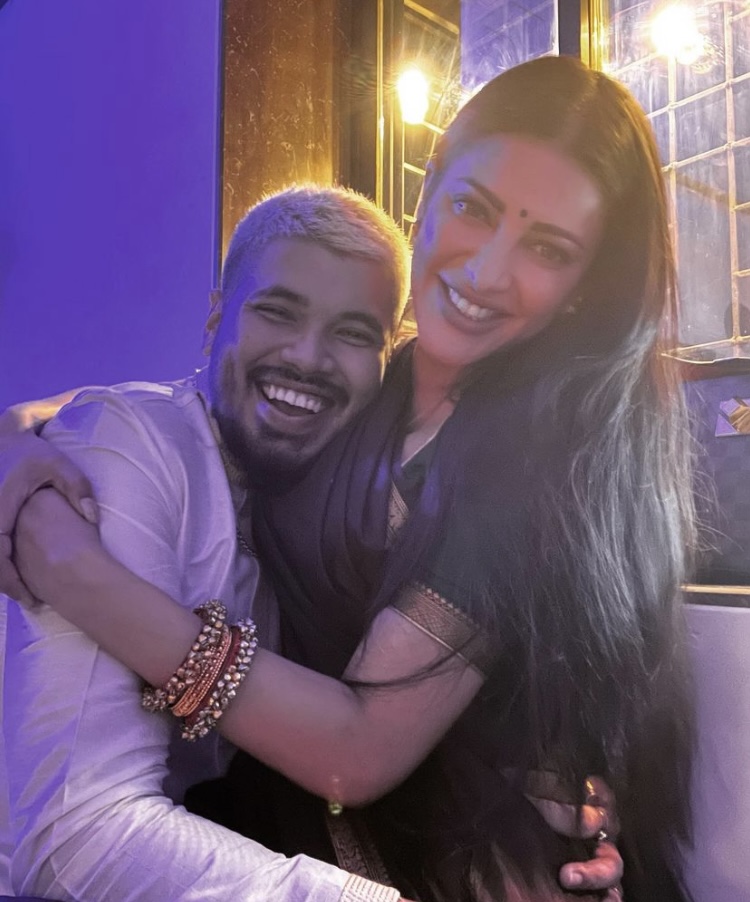 After keeping her relationship hush-hush for a long time, finally, Shruti revealed that she is dating Santanu Hazarika, who is a doodle artist. In January 2022, the actress had taken to Instagram and shared a video of them participating in a trending couple game challenge. In the video, she revealed that she had said "I love you" to Santanu first. 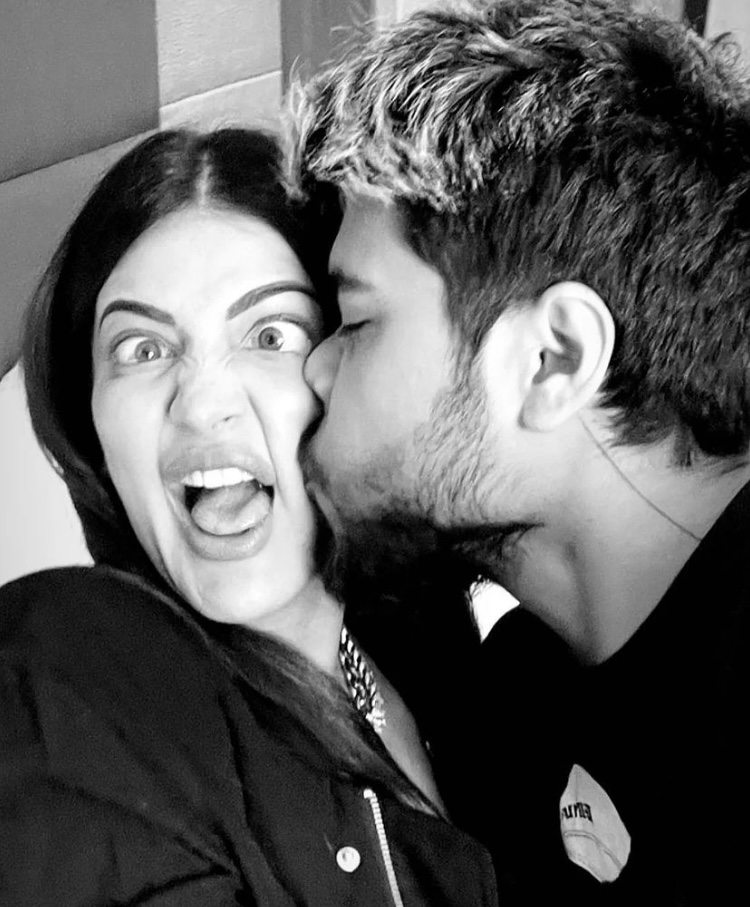 While talking to Pinkvilla, Santanu had informed that their relationship had strengthened after moving in, as they are more like best friends and have much fun together. When asked about marriage, he had said:

"Right now we have started dating, we love each other, and are involved in a lot of creative processes like making art, music, influencing each other in different ways and means, and even designing clothes." He had further added that "This is a marriage of creativity."

Even though Shruti had dated multiple men in the past, we would like to admire her for her commendable acting prowess, melodic songs, and good sense of humor. She never fails to entertain her fans by sharing glimpses of her fun and active life on her social media handles.

Siddharth Trolled For Sharing A Cryptic Post After His Ex-GF, Samantha's Divorce With Naga Chaitanya