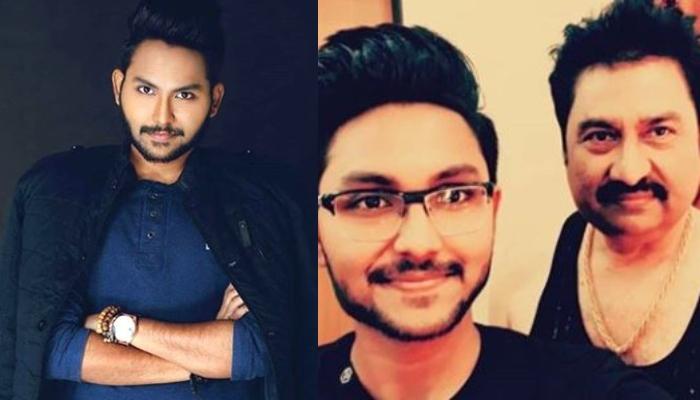 Over the decades, we have witnessed tons of great singers, but only a few had managed to get their legacy engraved in the hearts of people forever. One such singer is Indian playback singer, known for his voice in Bollywood movies mainly in the 90s and early 2000s, Kedarnath Bhattacharya, popularly known as Kumar Sanu. During that time, his craze seemed never-ending and was always on the roll. Kumar Sanu also holds the Guinness World Record for recording 28 songs in a single day. (Recommended Read: Kangana Reveals How B-Town Made Sara Break Up With Sushant, Mentions Kareena Kapoor Khan [Details])

However, not a lot of people are aware of the fact that his son, Jaan Kumar Sanu is also following the footsteps of his father and wants to carry his legacy forward. Well, the young singer was all over the internet in the last two days after a popular comedian had taken a funny quip at his name, which has resulted in a meme fest on social media. After which, Jaan Kumar has come forward to clear it all for everyone. Scroll down to see it! On September 15, 2020, comedian, Akshar Pathak took to his Twitter handle and shared a hilarious joke about popular singers and their kids' name. The comedian took two legendary singers, Bappi Lehri and Kumar Sanu in his hilariously investigative mark. He wrote, "Back when I learnt that bappi lahiri has a son named bappa lahiri I thought nothing could possibly ever beat that but today I learnt that kumar sanu has a son named kumar janu." In a few minutes, the tweet went viral all over the internet and caught the attention of Kumar Sanu's son, Jaan Kumar Sanu, and he corrected the comedian in an equally hilarious and sporting manner. He wrote, "Bhai mere @AksharPathak I am Kumar Sanu's son and my name is Jaan Kumar Sanu. Meme matt bana do yaar." Take a look:

Well, the netizens have fallen in love with Jaan Kumar's sporting way of taking a joke as a joke, which is surely a rare sight on social media. Talking about Jaan Kumar's bond with his father, Kumar Sanu, then the father-son duo never fails to impress us with their friendly bond. For instance, on April 1, 2019, Jaan Kumar had taken to his Instagram handle and had shared a dashing selfie with his father, Kumar Sanu, as the duo had twinned in the colours of black. Along with the selfie, Jaan Kumar had written a hilarious caption, and it could be read as "Me : Babaai, let's click a selfie. Dad : The last one was horrible, this time I'm ready *immediately opens jacket and suddenly looks 10 years younger* Me : Let's not click a selfie.. Dad : No, I insist." Take a look: (Don't Miss: Suhana Khan Shares A Stunning Throwback Picture With Friends, Bestie Shanaya's Comment Is Unmissable) In an interview with a leading media portal back in the year 2017, Kumar had revealed that he had never forced his kids, Shannon Kumar Sanu and Jaan Kumar Sanu into taking a music career. He was quoted as saying, "Interestingly, they both have been following in my footsteps. I never forced them to choose music as their career, it was their own decision. I believe that they (children) should be allowed to pursue their dreams. Doing so will always help them come up with good work and extraordinary results. That will also make the parents feel proud." (Also Read: South Megastar, Chiranjeevi's Brother, Naga Babu Reveals He's COVID-19 Positive With A Strong Note) 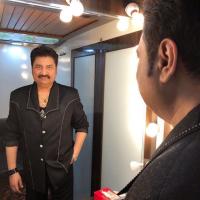 Did you like Jaan Kumar's hilarious reply to Akshar Pathak? Let us know!