After the sudden demise of Sidhu Moose Wala, netizens have turned their hopes on Punjabi Singer, Karan Aujla, as they urged him to take care of the former's lonely parents. Here's the reason why!

It was on May 29, 2022, when Punjabi singer, Sidhu Moose Wala was shot in broad daylight around 11:30 a.m. in Jawaharke village in the Mansa district of Punjab. The tragic incident had happened when the singer was on his way to Gurugram for a concert with his neighbour, Gurwinder Singh and his cousin, Gurpreet Singh. If reports are to be believed, Sidhu Moose Wala's Mahindra Thar SUV was attacked by 8-10 assailants, who had reportedly fired 30 rounds at the singer's car. The incident had shocked the entire Punjabi music industry, and once again, the power of gangsters in the state has become a topic of national debate.

The 28-year-old singer, who had created a massive mark in the music industry with his songs, is no longer with us, and it's incredibly unfair, as he had so much to offer and was eager to reach new heights in his career. With songs like Same Beef, 295, Famous, Jatt Da Muqabala, Calaboose, The Last Ride, and many more, he was often regarded as the next big thing, who also had the potential to put Punjabi music on the international stage. Even iconic singer, Drake was a huge admirer of Sidhu's work and used to follow him on Instagram. After the Punjabi singer's demise, Drake had even shared a picture of Sidhu with his mother, Charan Kaur Sidhu and had written: 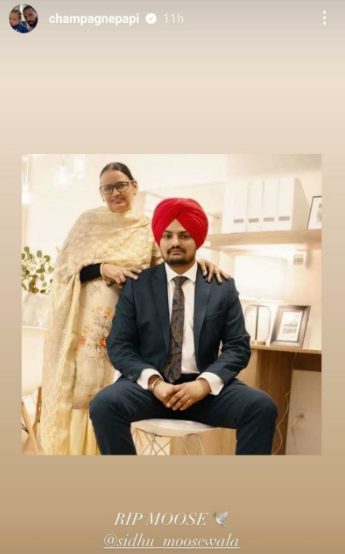 After the demise of Punjabi singer, Sidhu Moose Wala, while on one side, new developments are going on in the context of the police investigations, on the other side, the late singer's parents are in immense pain. We have already seen tons of heart-breaking visuals and pictures of Sidhu's parents, Balkaur Singh and Charan Kaur Sidhu, crying inconsolably during their son's last rites. In the middle of this chaos, Sidhu Moose Wala's longtime competitor and famed Punjabi singer, Karan Aujla had shared a heartfelt tribute on social media for Sidhu, with whom he had shared a cold war of music all these years. Both the singers used to pull each other's legs in their respective songs. 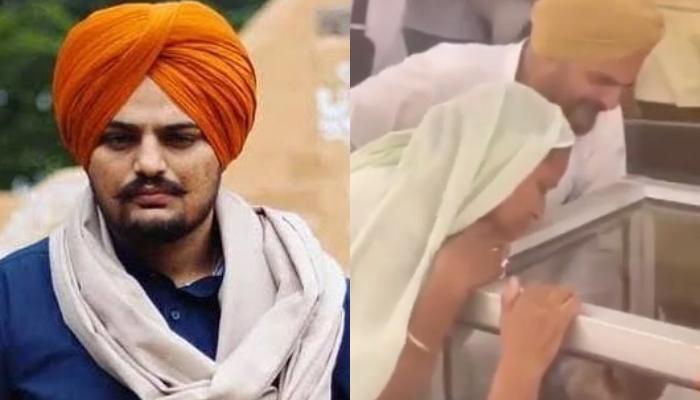 However, with his heartfelt reaction to Sidhu Moose Wala's murder, Karan Aujla had once again proved that he and Sidhu were always competitors, not rivals. The singer had taken to his Instagram handle and had penned a long note in Sidhu's memory. In his emotional note, Karan had admitted that it was a heart-breaking news for him, and it was quite difficult for him to process it. The singer had also talked about Sidhu's parents and had prayed to God multiple times to provide them with the required strength to deal with such a massive loss. Karan's note could be read as: 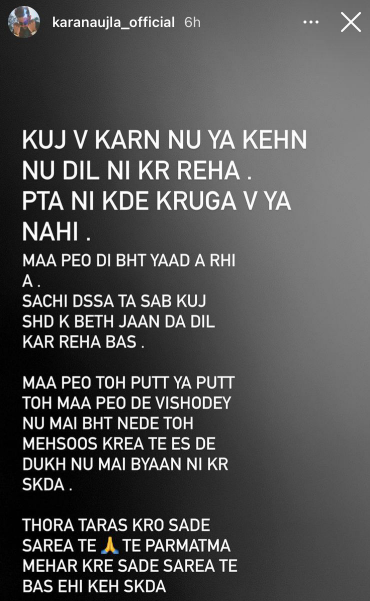 Soon Karan Aujla's Instagram post had gone viral on social media, and both his and Sidhu Moose Wala's respective fanbase came together and started making an emotional request to the singer. Every fan of the two singers was urging Karan to take care of Sidhu Moose Wala's parents. The reason why fans were making this request only to Karan was that his parents had passed away when he was a young boy, and since then, he had always craved his parents' love in his life. Thus, everyone wants Karan to treat Sidhu's parents, Balkaur Singh and Charan Kaur Sidhu, as his parents, as they're also all alone in this world after their son's demise. The emotional request is doing rounds on the internet, and fans have also created numerous photoshopped pictures of the two families. It will be interesting to see how Karan Aujla would react to it because he had always shared in his interviews how badly he had missed the presence of his parents in his life. Time and again, he had emphasised that he had never experienced what parents' love is. So will Karan fulfil his fans' much-asked wish or not? It's a question whose answer is the need of the hour. However, all we can do is wait and pray for the almighty to give Sidhu Moose Wala's parents some strength! 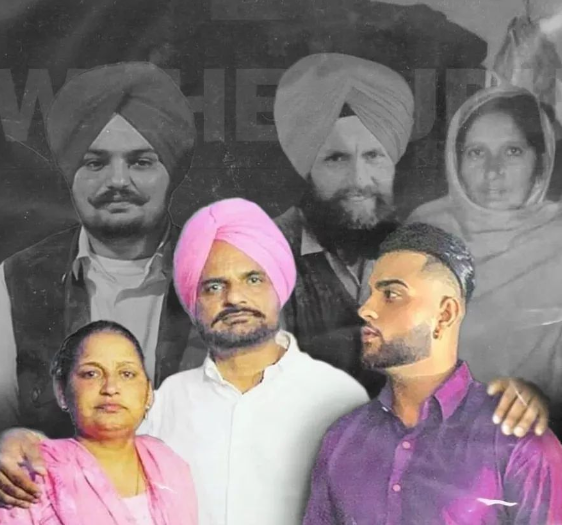 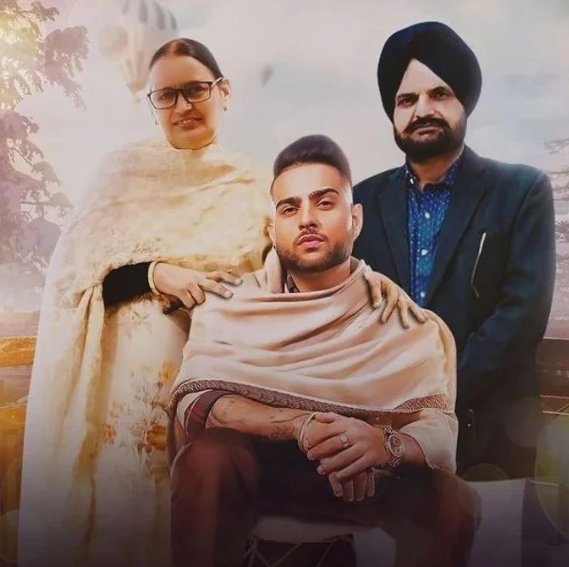 For the unversed, Karan Aujla's father had passed away in an accident when the singer was just 9 years old, and in 2010, he was told that his mother had cancer and only had 8 months to live. At that time, Karan was just 12, and at that mere age, he had gone through an experience that had taught him a lot about life.