'Bigg Boss' is living up to the expectations of its fans. A recent episode shows Sidharth Shukla praising co-contestant, Mahira Sharma and making his fans think whether something is brewing! 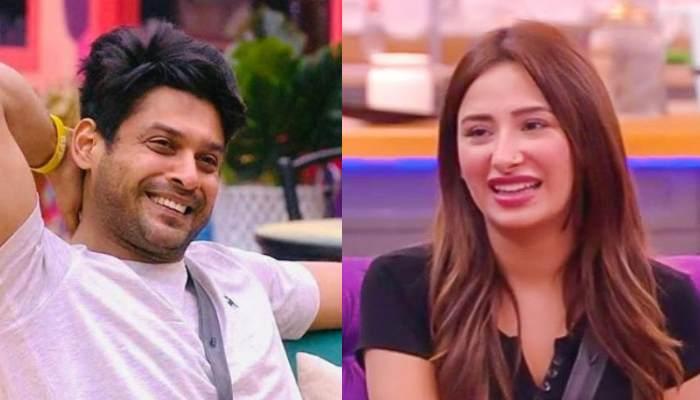 Bigg Boss Bigg Boss Ka Hai Game, Life Is Not The Same – With every passing day, Bigg Boss is getting a lot more masaale-daar with its changing relationship dynamics. From being good friends to abusing each other to a twist in Sidharth Shukla and Asim Riyaz’s friendship added a much-needed flavour to the already existing fights in the BB house. The show is living up to the expectations of its viewers and is providing all the necessary gossip and masala. Talking about fights and linkups, how can we forget Sidharth Shukla, who, in the recent episodes was seen flirting with Devoleena Bhattacharjee. (Also Read: Neha Dhupia Finally Reacts On Being Trolled For Postpartum Weight Gain And Not Getting Work)

From being called a ’40 saal ka budha’ to ‘an alpha male’, Sidharth Shukla seems to be controversy's favourite child. The handsome hunk is known for his temper inside the house and has been schooled many times for losing his cool just by the drop of a hat. Apart from picking up fights with Paras Chhabra and Asim Riaz, Sidharth has been linked with almost all his female co-contestants in the show. Before entering Bigg Boss 13, he had grabbed eyeballs for his alleged linkup rumours with Rashami Desai and Arti Singh. In the previous episodes, he was seen flirting with co-contestant, Devoleena Bhattacharjee and the duo was seen indulging in some PDA inside the house. Devoleena was even seen washing Sidharth's hand and teasing each other.

Sidharth was also seen flirting with Shehnaaz Gill and the chemistry between the duo had also sparked rumours about the two having a thing for each other. In the recent episode, Sidharth was seen having a good time with Mahira Sharma. During the swayamvar task, Shehnaaz was made the bride-to-be and she asked everyone to insult each other to which Mahira started talking about Shefali Jariwals’s fake acting. An irked Shefali reciprocated by talking about Mahira’s lips and also stated that her lips will burst with just one prick. Mahira, defending her lips asks Sidharth about the same to which he said that she is "Bade honthon waali chipkali." Later after the task got over, Mahira asked Sidharth whether he actually meant what he said to which he replied that he was lying and girls get themselves injected to get fuller lips like hers.

Mahira confided in Sidharth and talked about their previous fights and also revealed that she started liking him from the past two weeks and that she wants him to join her team. When Mahira was in the kitchen, Sidharth hugged her from behind and the two shared a lovely moment together. Now the recent budding friendship is making the audience think whether there is anything cooking between the two! (Also Read: Saif Ali Khan's Unseen Childhood Picture Proves A Striking Resemblance With Son, Taimur Ali Khan) 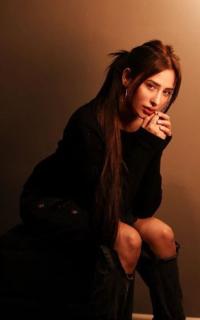 As per another report earlier, when Sidharth Shukla was rumoured to be dating Rashami Desai. A source had shared along the similar lines with the Bombay Times, “Rashami has developed a serious liking for Sidharth, and he has also been reciprocating. Only time will tell if it’s a serious relationship or not, but for the moment, they are spending a lot of time together.” But Sidharth had then dismissed the rumours and had stated, “There is no truth to this story. It’s plain gossip. It might be for the show’s promotions!” 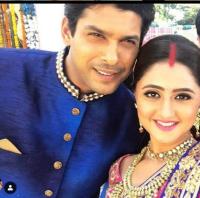 One of the hottest stars of the telly town, Sidharth Shukla had talked about his love life in an interview with The Times of India. He had stated, “That’s because I don’t have any! Well, let me put it this way — I have had my share of badly managed relationships. But, no girl would want to be in a relationship with me because I have no time to devote to a relationship. I am so busy with 12-14 hours of the shoot — it gives me no time for anything else. And if I need someone to talk with me, I have my family staying with me so I have never felt lonely or emotionally insecure. I am happily single.” (Also Read: Arpita Khan Sharma To Have C-Section Baby On Salman Khan's Birthday In December 2019, Details Inside) 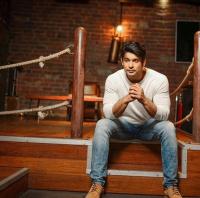 Well, let's wait and see what else is in store for all the Bigg Boss fans. Shehnaaz Gill had risen to fame with her cute antics in Bigg Boss 13. The self-proclaimed ‘Punjabi Ki Katrina Kaif’ had given a tough competition to her fellow contestants. Her habit of flipping every now and then, her love-hate relationship with Paras Chhabra and Mahira Sharma added every bit of