We got hold of an interesting conversation of Sidharth Shukla wherein he talks about marriage, love and relationships. Scroll down to know more! 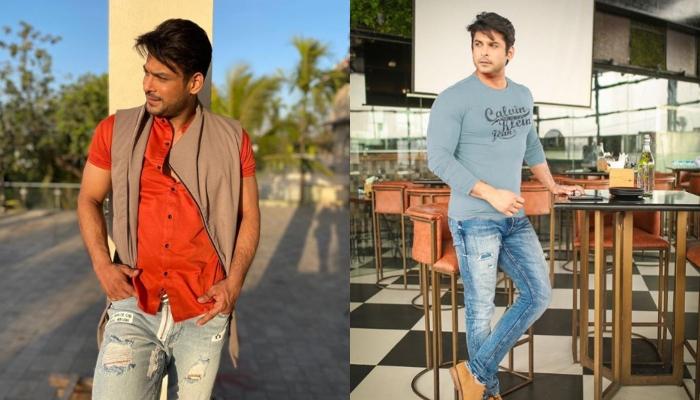 Bigg Boss 13 winner, Sidharth Shukla had garnered millions of fans whilst his stay in the house, courtesy to his fair approach, sense of humour and firm staunch. Girls were especially drooling over his impressive physique! Bigg Boss has given tons of ground-breaking revelations, love stories, break-ups, and massive fights to the people for entertainment over the years, but season 13 was special in so many ways. Sidharth Shukla had emerged as an absolute favourite amongst people and keeping that in mind, we've brought a treat for his fans! (Recommended Read: Abhishek Bachchan Recalls How His Wife, Aishwarya Rai Bachchan Was A 'Trooper' While Filming Raavan)

Recently, in an interaction with Bollywood Hungama, Bigg Boss 13 winner, Sidharth Shukla opened up about marriage, love, relationships and a lot of untouched aspects of his life. Being a very private person, who likes to keep his personal life under wraps to save himself from constant media scrutiny, this interview of Sidharth is a treat to his fans. Although, we advise Sidharth's female fans to proceed with caution, as the next para could also break their hearts! Scroll down to know why! 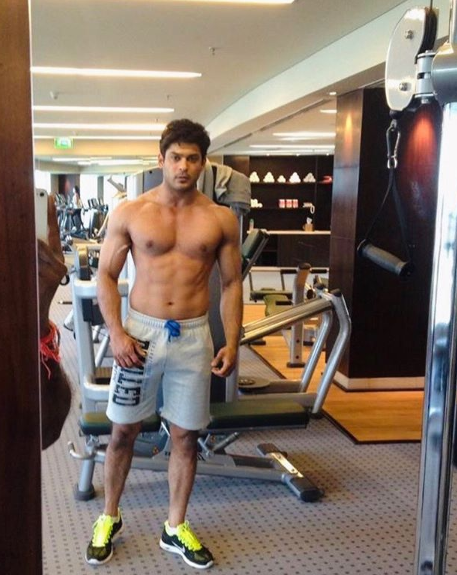 During the interview, when asked about his marriage plans, the actor blushed a little and jokingly replied that currently, he's not in the mood to get arrested in wedlock any soon. He said, “Shaadi ke liye main filhal kisiko dhund nahi raha hoon.” Ouch! That hurts. Anyway, moving forward with our broken hearts, when asked about his definition of love and what kind of partner is he looking for, he retorted that he thinks love is something which has nothing to do with beauty and looks. It is something that goes beyond physicalities when you accept the individual without being judgmental. He also added how the presence of that particular person makes you happy as no one else could. When asked to choose between love and career, the actor was ready with a diplomatic answer and said, “I know my love would love my career and I would love my career to be loved, so I don’t see that as a problem." Well, we're waiting for 'that' someone in your life, Sidharth! 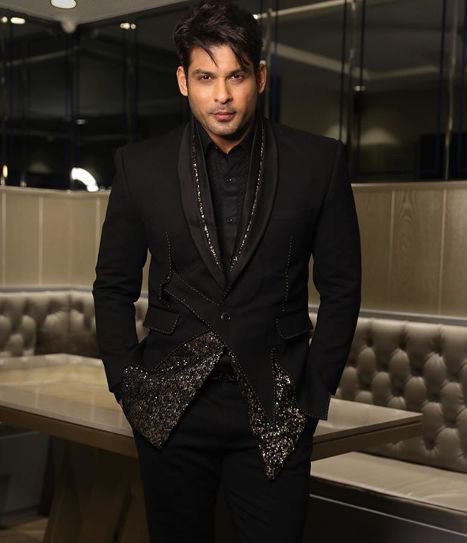 Just like us, a lot of other people in Sidharth Shukla's life are wishing 'love' to appear in his life. One of those people would be his ex, and Bigg Boss13 co-contestant, Shefali Jariwala. Some time ago, in an interview with Bollywood Life, Shefali had shared that it would be great if 'Sidnaaz' (Sidharth and Shehnaaz) find love in each other and get married. In her words, “See, that is my opinion of their equation from what I saw inside the house. Sidharth definitely cares for her but I did not find it a romantic equation per se. However, saying that, I would be happy if they indeed fell in love and got married. It would be great. It will be wonderful.” (You May Also Like: Mahesh Babu Plays Funny Tongue Twister With His Daughter, Sitara, She Makes Him Go Crazy [Video])

Bigg Boss season 13 could be termed as one of the most controversial seasons ever, but two people, who stole the entire show, were the show’s winner, Sidharth Shukla and co-contestant, Shehnaaz Gill. Everyone is aware of the immense love that Shehnaaz has in her heart for him despite knowing that Sidharth likes her as a friend only. But the actress never shies away from leaving lovely comments on his pictures. Recently, Sidharth Shukla had posted a cool picture of him in the football jersey of Argentina on his Instagram handle and guess who was quick to leave a flirty comment? Yes, Shehnaaz Gill! Wearing her heart on her sleeves for Sidharth, Shehnaaz had commented, "Ajj main apne app ko rok nhi pa rhi comment karne se koi itna cute kaise lag sakhta hai, bb main meri tarif karta tha ajj main bolti hu wow. ur killer eyes, ur messy hair, and ur pink lips, kya rough tough look hai yaar, like seriously, Smokin hot, moom, sunstar, earth, rainbow, Christmas tree." (Also Read: Mira Rajput Kapoor Wishes Sister, Noor On Her Birthday, Calls Her The 'Coolest Cat' Of Rajput Family) 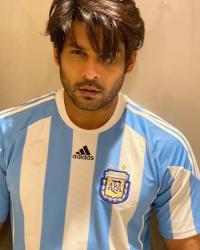 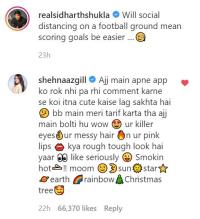 Don't you also wish for Sidharth Shukla and Shehnaaz Gill to get together?