Priyanka Chopra's brother, Siddharth Chopra came close to love two times, but with no luck. But if theÂ latest picture is to be believed, Siddharth maybe in the process of becoming third time lucky!

Finding your one true love in the 21st-century scenario can be more difficult than finding a needle in a heap of hay! Breakups, patch-ups, hook-ups, going on dates, ghosting is some of common terms that most Gen-Y people have learnt by the nook. While the above descriptions are temporary and some ‘just want to have fun in life’, deep inside, we do yearn to have someone whom we can proudly call ‘my one true love’. Now an international star, Priyanka Chopra Jonas’ brother, Siddharth Chopra came close to love as many as two times, but as luck would have it, it broke off. But if the latest picture is to be believed, what looks like it, Siddharth is soon going to be ‘third time lucky in love’! (Do Read: Exclusive Pictures Of Shloka Mehta And Akash Ambani Doing Ganesh Aarti Along With Ambani Family)

Siddharth Chopra and his now-estranged fiancée, Ishita Kumar had an intimate engagement ceremony and were even supposed to get married in the last week of April 2019. Priyanka was even spotted in Delhi but due to reasons best known to Siddharth and his ex-in-laws’ family, their wedding was called off. While Ishita is now working in London probably as a step towards moving on, Siddharth has apparently found love for the third time in a beautiful lady. The duo made their first appearance yesterday and we wonder what’s cooking in the star brother’s love paradise! 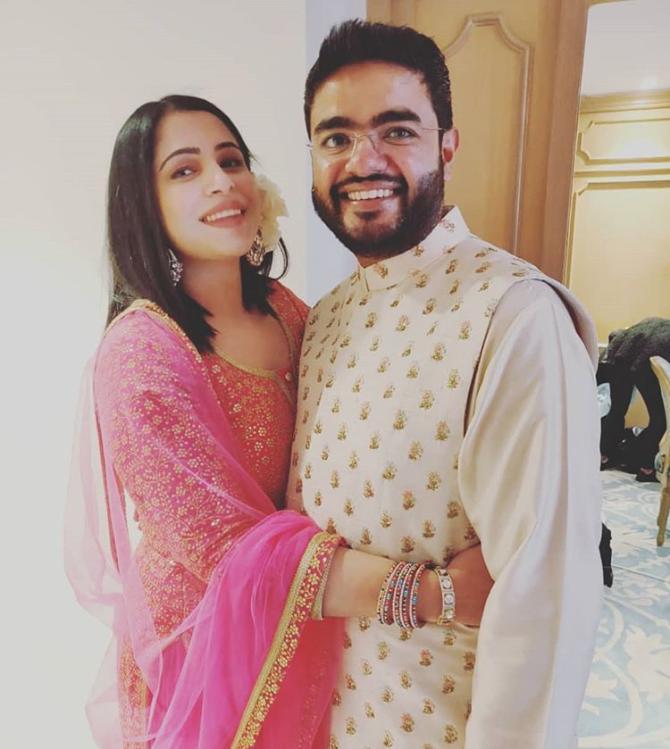 Like every year, the Ambanis’ celebrated Ganesh Chaturthi with great pomp and show. An all decked-up Antilia, starry evening, traditional wear and lots of lights and paps made this year’s celebrations a grand one (like always!). While an array of Bollywood celebrities arrived looking their best, Siddharth Chopra reached with a ‘mystery lady’ named Neelam Upadhyaya twinning with her in shades of blue. Siddharth and the lady posed for the camera as they made their entry to the mansion together. Also, do note that this is the first public entry/picture of Siddharth with another ‘miss’ post his broken engagement with Ishita. Here’s a picture of the duo:

It was on February 2019, hardly two months after Priyanka Chopra Jonas and Nick Jonas’ wedding ceremony, when first-ever pictures from her little brother, Siddharth Chopra’s roka ceremony came about. Priyanka had shared a heartfelt post, congratulating Siddharth and his ‘then’ soon-to-be-missus, Ishita on their roka. Sharing a picture of the then just-rokafied couple, PeeCee had written, “So proud of my baby brother. Ishita welcome to the family... you are so beautiful together... I wish you both the best for the future! Happy Roka!! @ishittaakumar @siddharthchopra89.” (Must Read: Radhika Merchant Bonds With Future Mother-In-Law, Nita Ambani At Ganesh Chaturthi 2019 Celebrations) It was on May 02, 2019, when the Bombay Times had contacted Priyanka Chopra Jonas’ mother, Madhu Chopra for details about the whereabouts of the ‘postponed/cancelled’ wedding. The star mommy had shared with the portal, “We are disappointed but what can you do when a person is unwell? We wish Ishita a speedy recovery.” While we all had been yearning to see what the Chopra family had to say about the wedding, Dr Madhu had finally confirmed that Siddharth and Ishita’s wedding stood cancelled. She had also cited the real reason behind it in an interview with SpotBoyE. The star mommy had stated, “My son Siddharth said he was not ready for marriage yet. He explained he needed more time." Another source close to the family has shared with the same portal, “This arranged marriage was being pushed a bit in haste.” Earlier, confirming Siddharth and Ishita’s cancelled wedding, Madhu ji had said to Pinkvilla, “The wedding had been mutually called off.” Prior to getting rokafied to Ishita Kumar, Siddharth Chopra was in a relationship with another lady named Kanika Mathur. After getting engaged in an intimate roka ceremony in October 2014, Siddharth and Kanika were speculated to marry in February 2015 in Goa, and the preparations had also begun in full swing. Reports also had it, that Siddharth's superstar sister, Priyanka herself was taking a personal interest in the wedding preparations, ensuring everything to be perfect. But soon enough, Siddharth and Kanika's relationship went kaput and a source close to the family had then revealed, “Siddharth wants to concentrate on his career and his new venture (a pub-lounge in Pune). Pushing it ahead was a big decision for both the families. Priyanka is also not in the country at the moment and the wedding cannot take place without her." 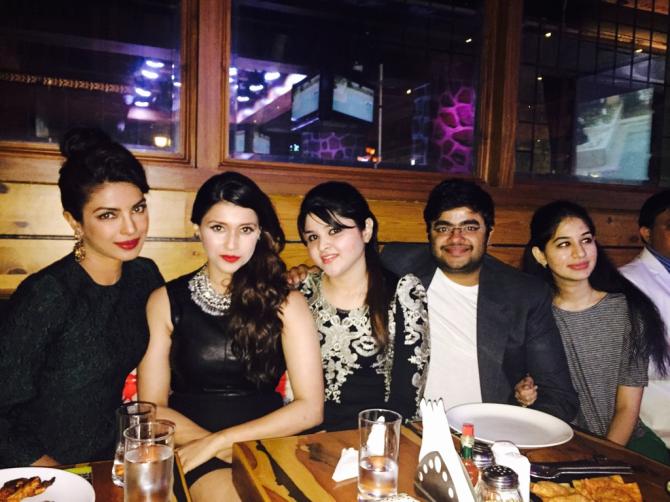 However, after dating each other for 3 years, Kanika Mathur and Siddharth Chopra had decided to settle down. Apparently, the now ex-couple were to tie the knot in Goa and Siddharth had also gone to oversee the wedding preparations. Sharing an update about the same on his Facebook page in December 2014, Siddharth had written, "Wedding plans. Early Morning flight to Goa." However, a few weeks later, another post from his account, which had left everyone confused said, "Single. Ready to mingle. Go Goa Gone. Wish everyone a very happy 2015." (Also Read: Nita Ambani Poses With Isha Ambani As They Celebrate Her First Ganesh Chaturthi After Wedding) 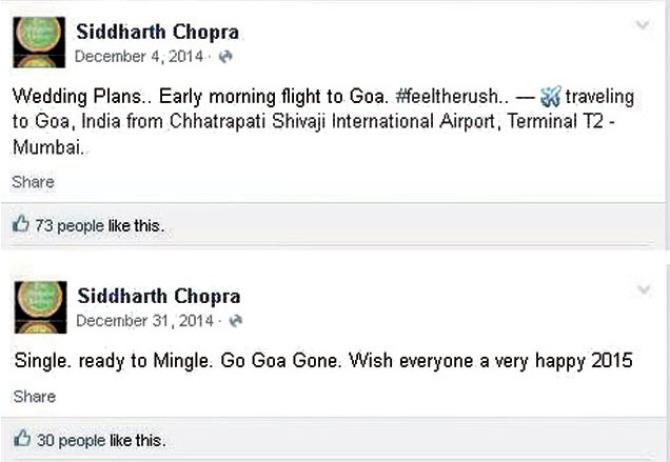 Guys, do you think Siddharth has found love in his life for the third time? Keep us posted!