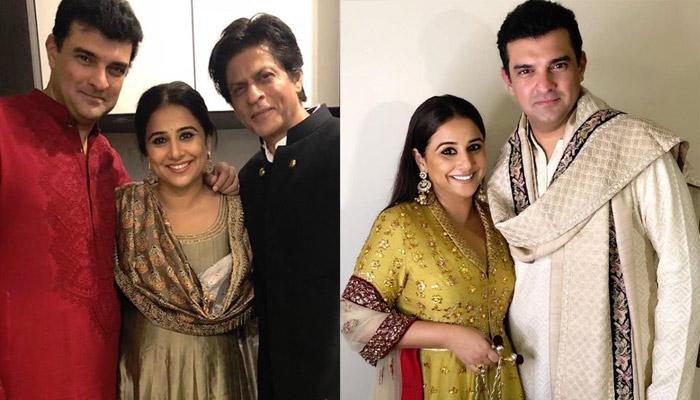 When anyone has to name one actress from the Bollywood defining ‘beauty with brains’ idiom the best, there is one name that would surely come to mind and it’s none other than The Dirty Picture star, Vidya Balan. She is multi-talented, she doesn’t shy away from experimenting, she is happy in her own skin and also, she has made ethnic wear the ‘new sexy’. (You May Also Like: Sushmita Sen Posts A Beautiful Wish For 'Rooh' Rohman Shawl On His Birthday, Showers Him With Kisses)

She has in her kitty a National Film Award, five Filmfare awards, five Screen Awards and even has a Padma Shri. Vidya Balan is today touted as one of the most sorted and focused actresses of Bollywood. The actress walked down the aisle with Indian film producer, founder of Roy Kapur Films and the President of Film and Television Producers Guild of India, Siddharth Roy Kapur on December 14, 2012. The lovebirds are only going strong ever since and this is what we wish for such cutesy couple. On January 1, 2019, Vidya Balan turned 40, and the doting hubby left no stone unturned to make her birthday bash the most happening one. Apart from organising a birthday party with retro theme (as it's Vidya’s favourite), Siddharth gave a pleasant surprise to his birthday girl wifey. Curious to know what he did? (Checkout: Karanvir Bohra Shares How Vienna And Bella Reacted On Seeing Him For The First Time After Bigg Boss) 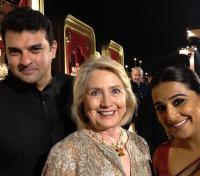 Well, the doting hubby got his wife’s face printed onto some of the 1979’s film’s posters. The N.T.R. Kathanayakudu actress herself shared this on her official Instagram handle. She posted a video of the same and wrote, “Ive often said i was born too late and that i would’ve loved to be an actor in the 60’s & 70’s. My special someone, #siddarthroykapur took me seriously and guess what!?? ... He got my face printed onto posters of some of the films that released in 1979, the year i was born!! #Canyoubelievethis!? Here, checkout:

In a throwback interview, Vidya revealed how Siddharth proposed to her and how serious it was. Talking about the same, she retorted, "When Siddharth proposed, I couldn’t believe it initially. Since we were together, I knew we would talk marriage at some stage. And then, he popped the question and did not even wait for a reply. It was taken for granted! I could have gone on living without marriage, but I do not believe in live-in relationships because it may be difficult when you want a child. When he proposed, I was like, “Okay, so now we need to talk about it." (Also Read: Late Kader Khan's Son Slams Govinda On His 'Father Figure' Comment, Says He Didn't Even Call Us) 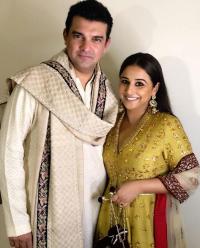 Sharing how life changed post-marriage but for good, Vidya stated, "Because we do not live in a joint family, we do not come in each other’s spaces. I have gained a family, and so has he. My father-in-law is the most accepting person. They say a girl always looks for her father in her man. I will add that I have that even in my father-in-law. My mother-in-law is a professional, she is encouraging and enthusiastic. In a joint family when you share the same space or kitchen, it can become contentious. But, there is no scope for that with us." (Do Check: Prabhas And Anushka Shetty Share A Cute Moment At SS Rajamouli's Son's Wedding, Video Inside)

Revealing how supportive Siddharth is of her profession and career, she once remarked, "I would not like to limit myself in any way. I was and will always be an actor. I am grateful to God that I have a partner who understands that. I did The Dirty Picture after Siddharth and I got together."