Shweta Tiwari's Son, Reyansh Celebrates His 3rd Birthday On The Sets With Mom And Sister, Palak

Shweta Tiwari's Son, Reyansh Celebrates His 3rd Birthday On The Sets With Mom And Sister, Palak

Shweta Tiwari's son, Reyansh Kohli turned 3-year-old yesterday and the little one celebrated his 'big day' with his mom and sister, Palak Tiwari on the sets of 'Mere Dad Ki Dulhan'.

From the day you see two dotted lines on your pregnancy test kit, the time you carry the little one inside of you to the times when you finally hold the little one in your arms, life with a kid around you is a beautiful feeling. While materialistic benefits are also important in life, but nothing beats the joy of a little one blabbering about with innocence and giggles! Time flashes by in the blink of an eye and one day, you finally realise that your little one is not little anymore. And who can understand this better than one of the yummy mummies of the telly town, Shweta Tiwari? (Do Read: Priya Ahuja Rajda And Malav Rajda Embrace Parenthood, Welcomes Little Boy To The Family)

Life hasn’t been a bed of roses for Shweta Tiwari in the past couple of months. From rumours of trouble brewing in her paradise to reports of her and her daughter, Palak being a victim of domestic violence are some things that have governed the life of Shweta this year. However, the silver lining is that the gorgeousness has made her small-screen appearance yet again with Mere Dad Ki Dulhan and we can’t contain our excitement! And now that the doting mommy is back on screens, see how she celebrated her little one’s birthday on the sets. 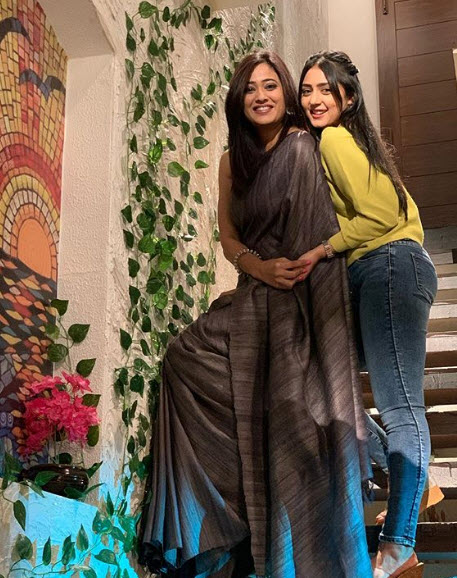 Shweta Tiwari’s son, Reyansh Kohli turned 3-year-old yesterday (November 27, 2019) and the little one had celebrated his big day with his mom and sister, Palak on the sets of his star mommy’s show. Mere Dad Ki Dulhan’s lead actress, Anjali Tatrari posted Instagram stories, capturing the celebration, which Shweta too, had shared as her Instagram story. Palak, who adores her half-brother like how, posted a beautiful Instagram story, along with a heartfelt wish written for his baby brother, mentioned atop the story. The words were, “My encouragement to be a better person on a daily basis. We’ll own this world together, hand in hand. Happy birthday baby boy.”

‘Adorable’ is the word, isn’t it? We all had celebrated Bhai Dooj on October 29, 2019. And Shweta Tiwari had shared a glimpse of a fun jam session between her daughter, Palak Tiwai and son, Reyansh Kohli. In a video posted by the Kasautii Zindagii Kay star, Palak and Reyansh were seen enjoying a gala time as they indulged in a jam session of ‘Baby Shark Doo Doo’, and an all-ecstatic Reyansh couldn’t keep his calm! Sharing the video, Shweta had written, “Best Fusion EVER #bhaidooj #nanhayatri #etherealgirl.” (Also Read: Saif Ali Khan's Unseen Childhood Picture Proves A Striking Resemblance With Son, Taimur Ali Khan)

As Reyansh Kohli turned 3-year-old yesterday, on November 27, 2019, his star mommy, Shweta Tiwari was possibly waiting for this opportunity to make her comeback on the television screen with Mere Dad Ki Dulhan. The show is aired on Sony TV and Shweta is seen portraying a Punjabi, bubbly character. In an interview with the IANS, Shweta had shared, “I am coming back on television screens after three years and I have selected Mere Dad Ki Dulhan as my comeback show because it is a very different character that I am portraying. It has a lot of emotions and is hilarious at the same time.” 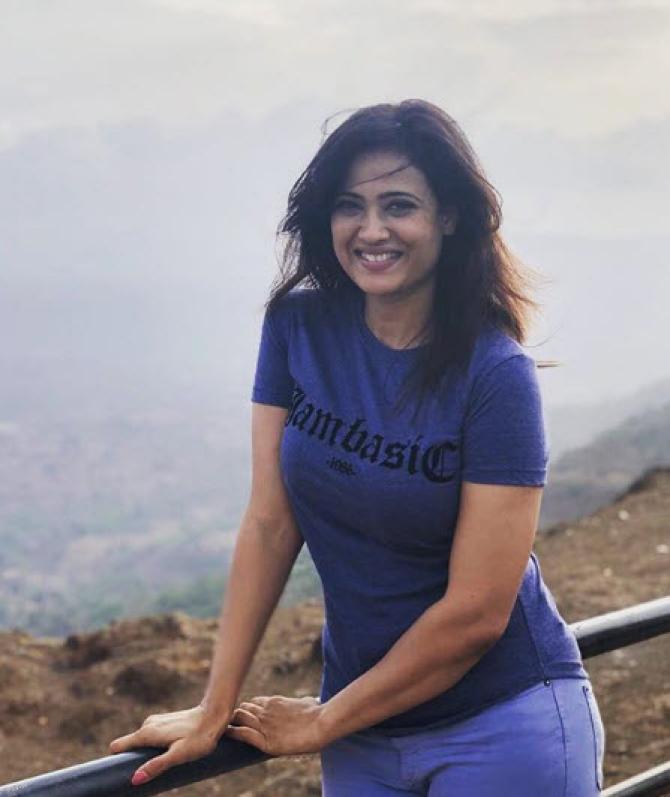 Shweta Tiwari is blessed with two children- a daughter, Palak Tiwari, from her first marriage with Raja Chaudhary and a son, Reyansh Kohli, from her second marriage with Abhinav Kohli. Sometime back, Palak had taken to Instagram and had penned a heartfelt letter for her baby brother, Reyansh whom she deeply loves. Her letter had begun as a salutation to her brother, “Dear Reyansh” and had continued, “I can't tell you how immensely lucky you got with your parents, your mother, our mother. Being your senior by 16 years in this matter I can assure you that this lady here will do everything humanly possible just to give you a scintilla of happiness. As the years will pass, you will take this day to acknowledge her as well.” (Must Read: Taimur Ali Khan Turns Baker With Mum, Kareena Kapoor Khan, Both Enjoy Cooking Lessons Together)