Shweta Tiwari shares a beautiful bond with her daughter, Palak Tiwari. Recently, she revealed how her daughter had reacted to her onscreen kiss in 'Hum Tum and Them'. 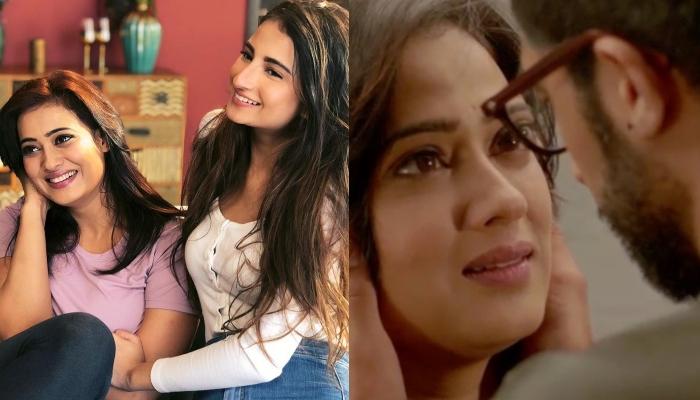 It is not often that we come across a face on our small screens with whom we start resonating. But when we had first seen Shweta Tiwari portraying the role of 'Prerna' in Kasautii Zindagii Kay (2001), we somehow felt her pain and laughed with her in her happy moments. While the show had gotten over, she was still celebrated as the most favourite actress of all time on television. She became India's 'favourite bahu' and we have all applauded her courage over the years (both professionally and personally). (Recommend Read: Arpita Khan Sharma's Last Trimester Pregnancy Glow Is Unmissable, Aayush Shares Pictures With Ahil)

Shweta has always shined back when it comes to her acting stints. She creates a new fan base for herself with every role. However, for a couple of years, she was MIA (missing in action) because she was busy taking care of her son, Reyansh (from her second marriage with Abhinav Kohli). But now, she is back on television with Mere Dad Ki Dulhan and a web series, Hum Tum And Them. While we are happy to see her back on our screens, it is her web series that has been making headlines as for the first time, Shweta shared an onscreen kiss with her co-star, Akshay Oberoi. 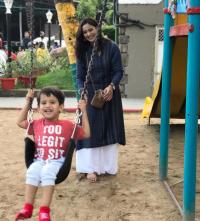 In Ekta Kapoor's web series, Hum Tum And Them, Shweta will be portraying a modern avatar. Recently, in an interview with Pinkvilla, the actress shared her initial reaction on seeing the kiss in the promo. She revealed that she got scared when the promo went live. She had even called the creative and yelled at them for making such a promo because she wasn't sure how she will show it to her friends and family. Later, she had sent it to her daughter, Palak Tiwari and had asked her to give her opinion on it. And to her surprise, Palak loved it and called it amazing, giving her a sigh of relief. Shweta also shared that she had later apologised to the creative team for reacting in such a way and fighting with them. 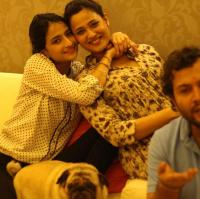 We all know, Shweta shares a beautiful bond with her daughter, Palak (from her first marriage with Raja Chaudhary). In an interview with The Times of India, she had shared that Palak is a far better actress than her. She had also stated that her daughter doesn't want to be like her or has an aspiration of being compared to her. She was quoted as saying, "No, she doesn't feel that way at all. Because she feels her acting, her spirit is very different from me. I am a desh ki bahu, she doesn't want to be a bahu. She didn't want to do anything which is very close to my work. She is much better at acting than me. I am not saying because she is my daughter."  (Also  Read: Arhaan Khan Had Hidden A Huge Secret From Rashami Desai, Host Salman Khan Reveals The Truth In BB 13) 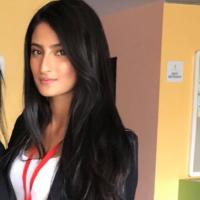 For those who don't know, Shweta has witnessed domestic violence in her second marriage as well. According to the reports, she had filed a case at Samta Nagar Police Station in Mumbai against Abhinav. And he was immediately taken into police custody for 2 days. He was accused of using inappropriate language to his step-daughter, Palak. And while the gossipmongers were speculating on what went wrong in the actress' life 'again', her daughter, Palak had talked about the same in an open letter on social media. 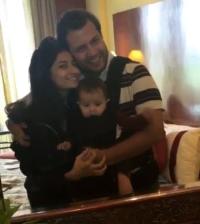 Palak had cleared the air with an open letter that could be read as "Firstly, I would like to thank everyone who’s reached out to express their concern and support. Secondly, I would like to address and clarify a few things out of my own rectitude: The media does not have the facts and they never will. I, Palak Tiwari, was on multiple occasions a victim of domestic abuse NOT my mother, except for the day that the complaint was filed he hadn’t hit my mother. As a reader of the news, it's often easy to forget that you do not know the truth of what goes on behind closed doors or how much fortitude my mother has shown in both her marriages. This is someone’s household you’re writing about, someone’s life you’re discussing. Many of you, fortunately, haven’t ever dealt with something of such heinous proportions, and hence you have no right to comment, discuss or paint someone else’s image through your biased, misinformed views." 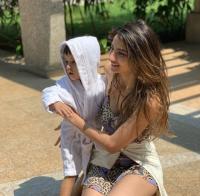 In a 2013 interview with India Today, Shweta had revealed the reason behind her strong connection with Palak and had stated, "I think whatever has been happening in my life, after that the bonding between my daughter and me has become stronger. She was with me through all the troubles and difficulties. We don't have time for Mother's Day. My daughter always tries to make me feel special...She writes letters and makes cards. She writes things, which I don't know she wants to say. Many times if she has done something wrong, she confesses in these letters... She sticks them in the entire house and when I come back, I read them." (Don't Miss: Sania Mirza's Sis, Anam Mirza Enjoys Her Bridal Shower Ahead Of Wedding, Gives Glimpse Of Team Bride)

Well, we are happy to see Shweta back on our screens! What about you?