One of the famous television’s sanskari bahus, Shweta Tiwari and her husband Abhinav Kohli’s troubled marriage rumours have been doing the rounds. Shweta and Abhinav tied the knot and entered the holy bliss of matrimony on July 13, 2013. The Kasautii Zindagii Kay actress and Jaane Kya Baat Hui actor together have a son whom they lovingly named, Reyansh Kohli. Shweta also had a daughter from her previous marriage with actor Raja Chaudhary. (Also Checkout: Shweta Tiwari: A Single Mom's Tragic Journey That Ended Up With A Happy Second Marriage) 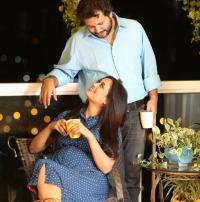 Shweta Tiwari has always been in the news no matter if she is working on a project or not, her loving fans want to know each and everything about her. Sometime back, rumour mills were abuzz that there might be a fallout between Shweta Tiwari and her hubby Abhinav Kohli. Though Abhinav has refuted the rumours already, Shweta spoke about it for the first time. In an interaction with AajTak, she was quoted as saying, "There is no truth to the rumours of trouble in Abhinav and my paradise. Everything is fine between us and we are happy together." She also added that the rumours should now be shut down after this statement of hers.

This rumour has been in the headlines for too long. Long back in 2012, Abhinav talked to a leading daily and said, "Many actor-couples have such misunderstandings. I don’t mix my personal and professional lives, so there are no such issues. She is a bigger star, there’s no doubt about it. But when it comes to our personal relationship, we are equals. It doesn’t bother me that she gets more attention professionally. I am a smaller actor compared to her and I know I cannot compete with her professionally."  (Don't Miss: Raja Chaudhary Shared The Real Reason Behind His Failed Marriage With Shweta Tiwari)

And when again rumours about something is wrong between the two begun, he said, “All is well between Shweta and me. I have never been insecure about her success. We are both focussing on our work and are in a happy space." Actually, it all started on the face of it when a source close to the couple revealed, "They are having a lot of opinion clashes about Abhinav's career and Shweta's success as an actress.” 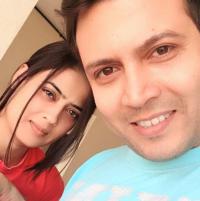 For the uninitiated ones, Shweta and Abhinav first met in 2009 when they were shooting together for a daily soap opera named, Jaane Kya Baat Huyi. They dated each for about three years before tying the knot.

We hear you Shweta Tiwari and we hope all stay blissful always. We wish all the happiness and love to you, Abhinav, Palak and Reyansh!

NEXT READ: Abhishek Bachchan Trolled For Getting Beautiful Wife And Being 'Useless', Gives A Befitting Reply