On Sushant Singh Rajput's two-month death anniversary, his sister, Shweta invocated his fans worldwide to come together and join them for a 24-hour spiritual and prayer observation for him. 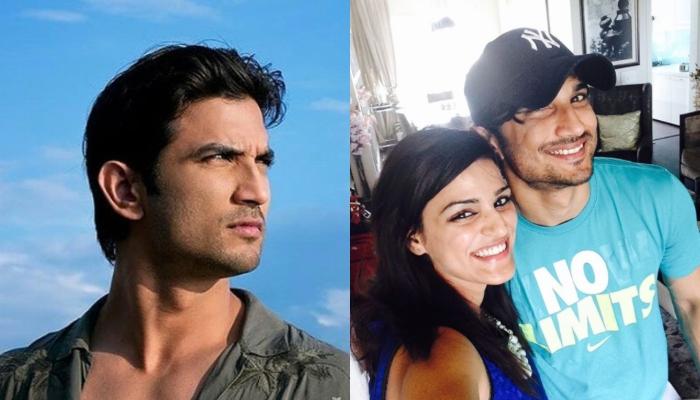 On August 13, 2020, the Supreme Court had heard a PIL seeking a 'unified' CBI probe into the death case of Sushant Singh Rajput, today, filed by BJP leader and lawyer, Ajay Agrawal. The PIL had contended that 'the entire country is shocked with the way the Mumbai Police is handling this case'. FYI, more such PILs have been filed in different courts; some are dismissed, some are being heard over. The supreme court's verdict over the same is yet to come.  (Recommended Read: Shoaib Ibrahim Steps Out With Wifey, Dipika Kakar And Sister, Saba Ibrahim For A Coffee Date)

A day ago, Sushant's sister, Shweta Singh Kirti had asked for support from his fans and had urged them to stand together and demand a CBI probe. She had written, "It's time we find the truth and get justice. Please help our family and the whole world to know what the truth is and find closure, otherwise, we will never be able to live a peaceful life!!#CBIForSSR Raise your voice and demand #JusticeForSushantSinghRajput #WarriorsForSSR @sushantsinghrajput." 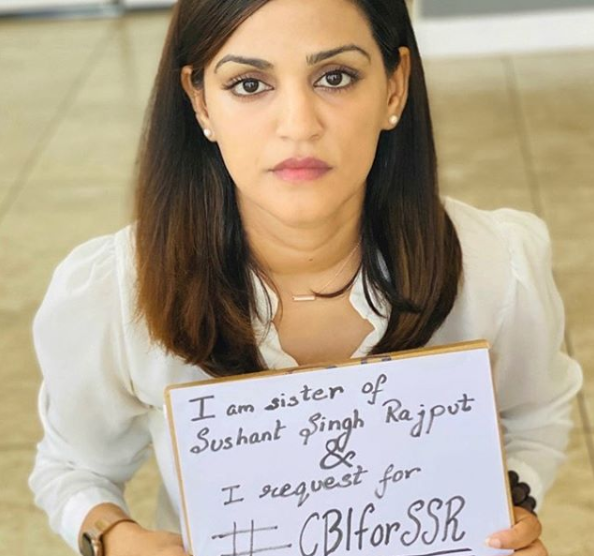 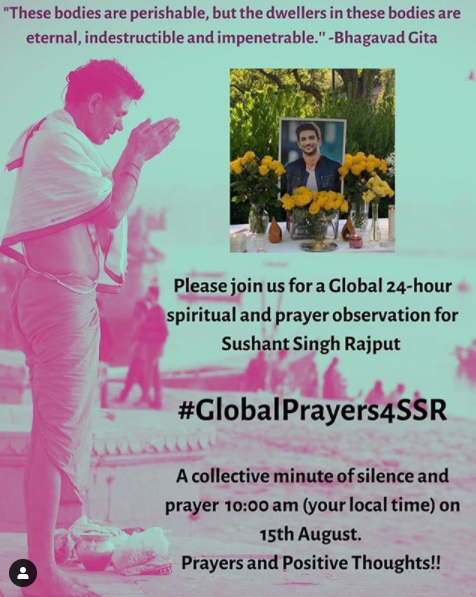 Shweta had also shared a video on her IG handle to garner support from the public over SC's forthcoming decision regarding Sushant's case being transferred to CBI. She had said in her video, "Hello everyone, I am Sushant Singh Rajput's sister, and I request everyone to stand together and demand for CBI enquiry for Sushant. We deserve to know the truth. We deserve justice for Sushant. Otherwise, we will never find closure. We won't be able to live a peaceful life." Sushant's ex-girlfriend, Ankita Lokhande also supported his sister and wrote on her Twitter handle, "We will find the truth and get justice di." (Also Read: Unseen Childhood Pictures Of Isha Ambani Piramal And Shloka Mehta Is Filled With Nostalgic Memories) 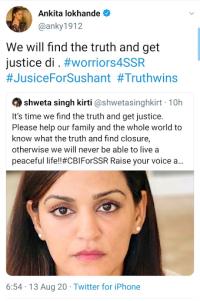 Amidst the demands of a CBI probe into the matter, Kriti Sanon had also joined the widespread movement of #CBIFor Sushant and had made a post on her IG story. In the post, she had talked about how his friends, family and loved ones deserve to get the closure. Her post could be read as "I pray that the hopeth comes out SOON... His family, his friends, fans and all loved ones deserve this closure.. I hop and pray that the CBI takes over the case so it's investigated without any political agendas, in the TRUE sense, to provide justice to the family!! Its high time his soul rests in peace! #CBIFor SSR #SushantSinghRajput." 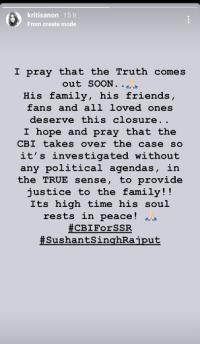 Sushant Singh Rajput's ex-girlfriend, Ankita Lokhande, had also shared a video message requesting for CBI probe. In the video, we could see her saying, "The nation wants to know what happened with Sushant Singh Rajput. Justice for Sushant. CBI for SSR." She captioned her video as "justiceforsushantsinghrajput #CBIforSSR." (Don't Miss: Amitabh Bachchan Plants A Gulmohar Tree On His Mother, Teji Bachchan's Birth Anniversary)