Shweta Bachchan Nanda's Candid Picture With Her Father, Amitabh Bachchan Is Every Daughter Ever

Shweta Bachchan Nanda's Candid Picture With Her Father, Amitabh Bachchan Is Every Daughter Ever 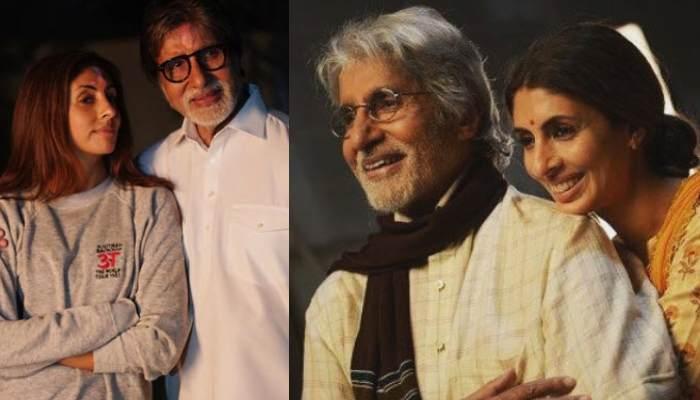 For a daughter, her father is her first love and the only one whom she trusts blindly and knows, whatever happens, he will never break her heart. From tying her shoelaces to braiding her hair, a father can go to any extent for the sake of his daughter. From the moment he holds his angel in his arms for the first time to embracing her to his heart on the day of her vidaai, a father’s emotions for his daughter cannot be expressed in mere words. A similar bond is shared between Bollywood most sought after father-daughter duo, Amitabh Bachchan and Shweta Bachchan Nanda. (Also Read: Arpita Khan And Aayush Sharma's Daughter, Ayat Curled Up In Alvira Khan's Arms Will Melt Your Heart)

From launching her fashion line to her novel, Paradise Towers becoming the bestseller in India, Amitabh Bachchan has acknowledged that his daughter has always made him proud. At Karan Johar’s talk show, Koffee With Karan season 6, Abhishek had confessed that his father is more fond of Shweta as compared to him. The brother-sister duo had always fought for, who is their father’s favourite child. 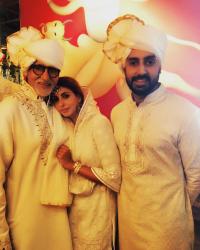 Shweta Bachchan Nanda keeps on sharing adorable pictures and heartmelting captions for her father and February 4, 2020, was no different. Shweta took to her Instagram handle and shared a candid picture of herself with her father, Amit ji from Armaan Jain’s wedding. The father-daughter duo looked royal in their traditional ensembles and complemented each other. Shweta captioned the picture as “Always”. 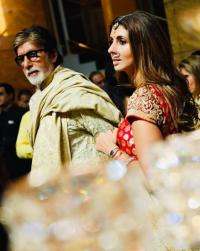 Shweta Bachchan’s debut novel, Paradise Towers became the bestseller in India and had topped the charts on the online shopping portal, Amazon. Shweta had given the book to her father and sharing the glimpse of the ‘special’ gift, Big B had written, “That moment when your daughter hands you her first authored book, it’s like when you first held her when she was born .. .. the birth of a creative talent .. and my prayers and blessings.” And when her debut book had become the bestseller, he had written, "Nothing brings greater pride to a Father than this achievement of a DAUGHTER! daughters are special. From this little 'ghunghat' to the 'bestseller GHAT!'" (Also Read: Ananya Panday's Performance On Sara Ali Khan's Song, 'Aankh Maarey' Makes Us Wonder Who Did Better) 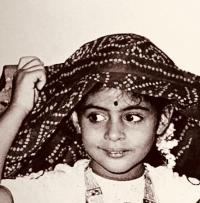 Shweta Bachchan Nanda has always been vocal about the love she shares with her father and also how she feels about being the daughter of the megastar. On March 24, 2019, Amitabh Bachchan had shared a collaged throwback picture of himself and Shweta where they could be seen making similar facial expressions and had captioned it with a heartwarming note. He had written in Hindi which could be read as, "Daughters are the best!! Badi pyaari hoti hai betiyaan, raaja hote bete to raajadulari hoti hain betiyaan, laaj hotee vo do do ghar ki mahakaatee ghar aangan vo phulavaari hoti hain, betiyaan pita kee aankhon ka taara, maan kee gudiya khuda kee inait banaaya, badi pyaari hoti hain betiyaan." 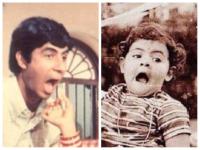 Amit ji always makes sure to praise his children’s efforts and achievements. In an interaction with the media, Big B had revealed Shweta’s qualities and had stated, “She really is the best actor in the family. She is also very perceptive about observations and I do rely on her many a times as just a rest of the family on many incidents that may happen within the city, home, country and world. She has an opinion. Many times, we discuss the outcome of a film that I may have done or a film that she may have seen. I have to say that she is always been right.” (Also Read: Rishi Kapoor Returns Back To Mumbai And Reveals The Life-Threatening Infection He Dodged Strongly) 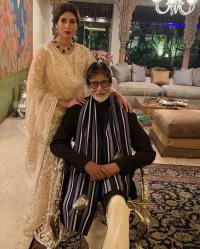 What do you think about Shweta and Amit ji’s candid picture? Keep us posted. 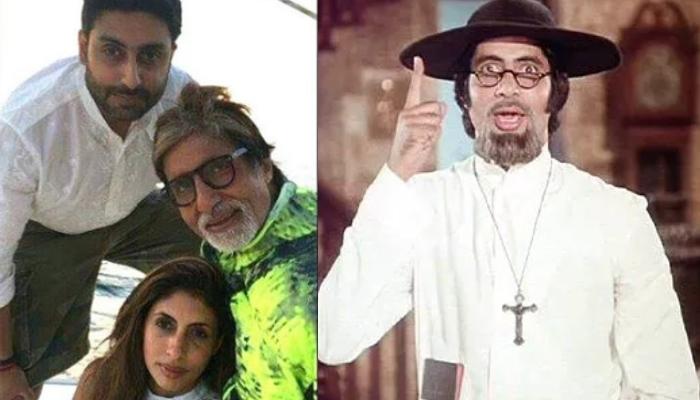 For 1977 film, Amar Akbar Anthony, Late Vinod Khanna, Late Rishi Kapoor and Amitabh Bachchan had come together for the first time and had made it a memorable film for the audience. Be it the dialogues or the songs, the story of three brothers separated at birth and raised in