'Jhootha Kahin Ka' actor, Rishi Kapoor is back to his home in Mumbai after being discharged from Delhi hospital and reveals the reason why he was hospitalised in Delhi. If you think all those trolls and memes about Delhi’s pollution is just banter, then you need to keep an eye on this story because the veteran actor, Rishi Kapoor is the latest victim of Delhi’s toxic air. The residents of Delhi will never be able to feel a sore throat, coughing, and chest pain until something hazardous happens with Delhi’s air. The reason is the fact that they’re now used to this toxic air and their bodies have adapted quite well with the bad air quality. But the people, who are coming from other states that have a slightly better air quality index in terms of Delhi, then they’re going to feel the immense difference and pain. (Recommended Read: Isha Ambani Repeating Lehenga For Armaan Jain-Anissa Malhotra's Wedding Proves She's Just Like Us)

One such person is our beloved Rishi Kapoor, who was shooting for his upcoming film, Sharmaji Namkeen in the capital. But, after some days of shooting the veteran actor couldn’t cope up with the toxicity of Delhi’s air and was admitted to a hospital immediately. Rishi Kapoor’s wife, Neetu Kapoor, beloved son, Ranbir Kapoor, and other family members quickly reached to the hospital. There were a lot of rumours and reports of Rishi ji being admitted to the hospital for some cancer-related issues. But, all those false stories hit rock-bottom when the actor himself revealed the real reason behind his sudden hospitalisation. On February 4, 2020, the actor revealed everything through his Twitter handle in which he shared two tweets telling everything about this whole chaotic situation. In his first tweet, Rishi ji revealed that he had been filming in Delhi for the past 18 days and it was the city’s pollution that took a toll on him. His tweet can be read as “Dear family, friends, foes and followers. I have been overwhelmed by all your concern about my health. Thank you. I have been filming in Delhi past 18 days and because of the Pollution and my low count of neutrophils, I caught an infection whereby I had to be hospitalized.” (Don't Miss: Aishwarya Rai Bachchan, Abhishek Bachchan, And Aaradhya Grace Armaan Jain's Wedding In Style)

In his second tweet, Rishi ji revealed that he had dodged the life-threatening infection, pneumonia. He wrote in his tweet “I was running a slight fever and on an investigation, Dr S found a patch which could have led to pneumonia, was detected and is being cured. People seem to have assumed a lot different. I put to rest all those stories and look forward to entertaining and love you. I am now in Mumbai.” Well, we all have to thank God for saving Rishi ji from the clutches of this severe disease that can kill a person if not treated on time with proper medication. Well, we are happy to see Rishi ji coming back to his home in Mumbai and as he had said in one of his tweets that he’s ready to entertain his fans again.

We hope, the man keeps on entertaining us with his tremendous acting and choice of characters. The actor is going to shoot the second sequence of his film in Mumbai as the Delhi sequences are done and dusted. On the professional front, the veteran actor is still working hard and is part of some hyped and interesting movies too. Apart from Sharmaji Namkeen the actor is going to team-up with Bollywood actress, Deepika Padukone in the Hindi remake of Hollywood’s legendary film, The Intern and is going to reprise the role of one of the greatest Hollywood actors ever, Robert Di Niro. 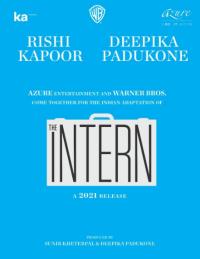 For those who don't know, Rishi Kapoor loves his family more than anything but the actor had mentioned his not-so-comfortable relationship with the son, Ranbir Kapoor. In an interview with the Mumbai Mirror, he had said, “I know I've screwed up my relationship with Ranbir even though my wife kept telling me about what I was doing. It's now too late to change it; both of us will not be able to adjust to the change. It's like there's this glass wall, we can see each other, we can talk, but that's it.” But things took a turn for good as Ranbir has become a pillar of strength for Rishi Kapoor during his battle with cancer. Neetu Kapoor had shared a picture on her Instagram account and captioned it as “When roles are reversed #cycleoflife #gratitude #faith." (Also Read: Kajol Shares 'Sun Shiny Day' Pictures With Daughter, Nysa, Mother-Daughter Flash Their Best Smile)

We wish Rishi ji health, success, and love for the future. We fall in love. Do everything to make the relationship work. We make mistakes. Eventually fall apart and grow out of love. No matter how much we try, some things just aren’t meant to be! Breakups are tough but do you know what is even tougher? The consequences of the breakup