Aishwarya Rai Bachchan and Aaradhya Bachchan had recovered from COVID-19 on July 27, 2020, after staying in the hospital for ten days and were discharged from the hospital. Shortly after, On August 2, 2020, Amitabh Bachchan had tested COVID-19 negative, and now, finally, Abhishek Bachchan has also tested negative. As junior Bchachn is discharged from the hospital, the whole Bachchan family is elated. (Recommended Read: Yuzvendra Chahal Got Engaged To YouTuber, Dhanashree Verma In A Hush Hush Ceremony [Pictures Inside])

After spending almost a month in the isolation ward, Abhishek Bachchan finally tested negative for COVID19 and is discharged from the hospital. He shared a picture of his care board on IG handle, giving a glimpse of the status of his test result, which was negative. Along with the picture, Abhishek penned a note of gratitude for the doctors and nursing staff for taking good care of his family, and also thanked his fans for their prayers. His note can be read as “I TOLD YOU!!! Discharge plan: YES!! This afternoon I tested Covid-19 NEGATIVE. Thank you all for your prayers and wishes. I’m so happy to be able to go home. #believe. My eternal gratitude to the doctors and nursing staff at Nanavati Hospital for taking such good care of me and my family and helping us beat Covid-19. We couldn’t have done it without them.”

Now as he has returned home, his sister, Shweta Bachchan Nanda can't hide her happiness. Earlier, she commented on Abhishek's post, "We're very happy to have you back." And now, she treated his fans with an unseen childhood picture of Abhishek, which she posted on her IG handle with an array of heart emojis. Abhsihek had looked utterly cute in his childhood picture riding a toy tractor. Check it out below:

Siblings are your biggest emotional anchors, and in the few days that junior B had spent in the isolation ward in the hospital, his sister, Shweta Bachchan Nanda had proved so. On August 4, 2020, Abhishek Bachchan had taken to his IG handle and had shared a view from his isolation room in the hospital. Along with the picture, he had channelled his positive attitude and had written, “The colours of nature never fail to impress." While his fans and well-wishers had commented for his speedy recovery, his sister, Shweta Nanda Bachchan had encouraged him and had written, “You. Hang in there.” (Also Read: Krushna Abhishek Reveals A Hilarious Incident Of His First Meeting With Wife, Kashmera Shah)

On his 26th day at the hospital, Abhishek Bachchan had shared a picture of his 'care board' on his IG handle, depicting the actor’s health chart and how there was no plan to discharge him anytime soon. Along with the picture, Abhishek had written, “Hospital day :26 Discharge plan: NO! Come on Bachchan, you can do it!! #believe.” His sister, Shweta Bachchan Nanda, who had been a constant motivation in his life had commented, “Hang in there!!! Yes you can do it” followed by a heart emoticon.

On July 31, 2020, Abhishek had shared a picture of the isolation ward of the Nanavati hospital during his late-night walks. He had taken to his IG handle and had posted a picture of the hospital corridor and had written, "Light at the end of the tunnel! #latenightwalks." His sister, Shweta Bachchan Nanda had showed her support and had commented, "Soon" on his post. (Don't Miss: 'Diya Aur Baati Hum' Fame, Prachi Tehlan Ties Knot With Businessman, Rohit Saroha [Pictures Inside]) 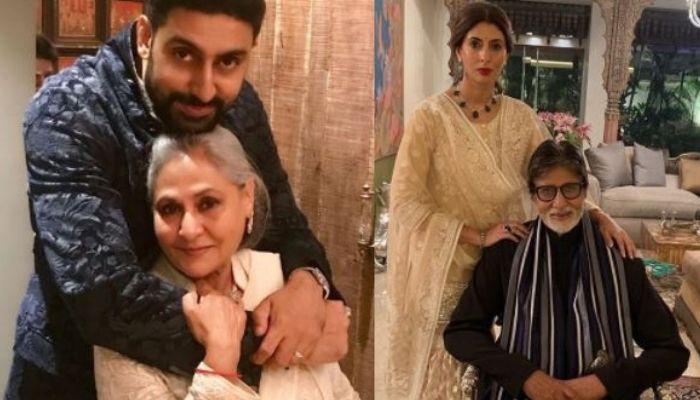 Looking at our old pictures, we all wonder whom we used to resemble in our family. Sometimes, we feel that we looked like our father, while in some other pictures, we believe that we share an uncanny resemblance with our mother. No matter, whoever we resemble, we feel happy looking