During the World Breastfeeding Week 2019, Shveta Salve had to contemplate a lot before sharing her #breastfeedwithoutfear post. Finally putting behind the fears, Shveta shared a beautiful picture. 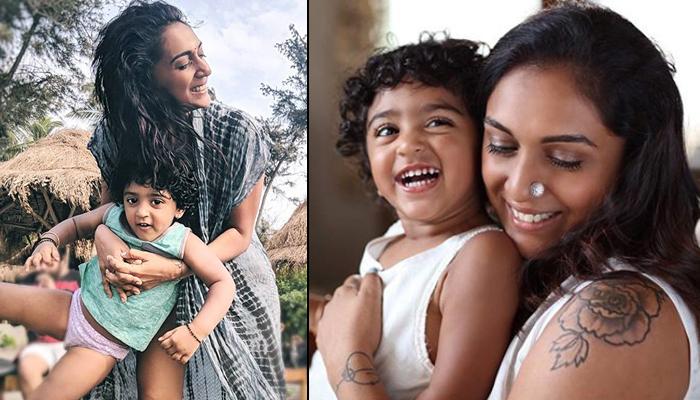 Do you know an airline had asked a woman to cover herself and the baby with a blanket if she wants to breastfeed her little one? Women get weird looks when they breastfeed their child in a public sphere. Even though we live in the 21st century, women are still hailed as a Goddess but are also shamed for being powerful. No matter the progress we are making in society, some topics will always be a taboo. And breastfeeding in public has always been a controversial act for people and is frowned upon. The raw beauty of motherhood is referred to as distasteful and taboo. (Also Read: Rannvijay Singha's Wife, Prianka Singha Shares Experience Of Breastfeeding Kainaat Singha In Public) 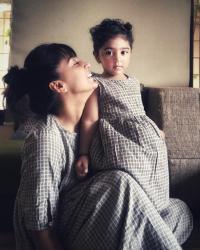 Leaving her fears behind, Shveta Salve shared a throwback picture on her Instagram handle, breastfeeding her daughter, Arya. Her heartfelt caption could be read as “I contemplated a lot whether I should post this image or not. Whether Arya will grow up and be embarrassed about it, whether I'll get trolled by people who will judge me, call me names or just be obnoxious with their degrading sexual comments. But then I took a long look at this picture again and all I saw was the look in my baby's eyes and how she and I were connected in this sacred moment. This bond is strong and so precious, you can see the vulnerability in her eyes, her trust in her Mamma who she knows will nurture her, protect her and will always be there by her side. This is that moment of Truth, of courage and of an everlasting togetherness and I am proud of it. #worldbreastfeedingweek #liquidgold #freedomtofeed #mommyandbaby #bumpbirthbeyond #breastfeeding #breastfeedingmama #bond #soulconnection #mybaby #instalove #purelove #motherslove #normalizebreastfeeding #breastfeed #breastfeedwithoutfear #breastfeedingjourney #free.” 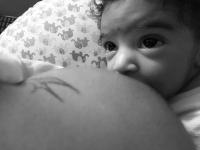 Shveta Salve had married her longtime boyfriend, Hermit Sethi in April 2012 and they had embraced parenthood with the arrival of a little angel in their lives in 2016. Shveta and Hermit named their daughter, Arya. In 2017, Shveta had posted a bold and beautiful breastfeeding picture on her Instagram, and had written, “My Sanctum My Haven #mommynbaby #pure #bonding #breastfeeding #liquidgold #mommybabytime.” Her picture was empowering, beautiful and it truly reflected a mother's love! Shveta doesn’t shy away from giving a glimpse of her family life and her most-cherishable moments captured in camera! 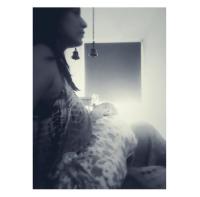 On February 7, 2019, Shveta Salve had posted a collage of then-and-now pictures, cuddling her little one, Arya, who is now not-so-little-anymore. Along with it, she had written, “It's like lil baby A knew that I'm gonna have this before and now image in two years, with her tiny two finger gesture, but really, how have these two years and a little more gone by is a wonder. (Also how wonderful to see my jawline back). I was a brand new mum then wondering how am I gonna do this, and I did. And now with my not so lil Baby A starting school, talking 19 to a dozen, developing her own unique personality, I am in awe!! So to all my girlfriends out there who are embarking on this journey (you know who you are ) I just wanna say, it's not easy but not so hard either , it will change everything , your body ,your lifestyle but a change that you will embrace. There will be times when you want to pull your hair and scream 'Why' but trust me when you hold that lil human you made you will sigh a 'why not'!! More power ladies and you will power through!!” 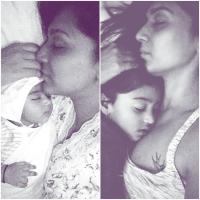 Sometime back, Shveta Salve was criticised for her lifestyle and was targeted by trolls, who believed that she was setting a bad example for her two-year-old daughter by smoking and drinking. It was during her Goa vacation that Shveta had posted stories on Instagram for which she had gotten mercilessly trolled as she was smoking and had also held a glass of wine in her hand. Shveta later, had decided to address the trolls and hit back to them with a long message. (Also Read: Gul Panag Talks About Her Motherhood Journey, Says, 'Nothing Prepares You For A Baby') 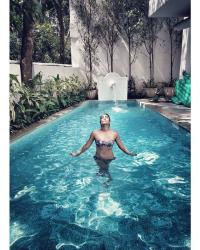 Reposting them, Shveta had written, “A Day off Looks something like this. Yes, I Drink and Smoke. I am real, honest and basic like that. It has to be of no reason that anyone ever judge me for the person I am or the Mommy I am. I don’t propagate it and neither do I question anyone else who does, so I would respect the same back.” 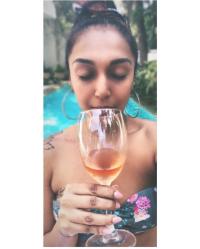 Shveta Salve had mentioned that simply because she drinks and smokes, she cannot be labelled as a ‘bad mom’. She had elaborated, “Today I got a few random DM’s by totally random people about my actions, and I usually let such things go pass me but for some reason today I felt like addressing it. How does this make me a bad person or a bad mom?? Do you see me wasting my Life? Do you see me sitting unemployed and jobless? Do you see me neglecting my child? I work, I work multiple jobs, I’m an actor, dancer, an entrepreneur. I successfully live in two major cities of our glorious country. I have beautiful friends whom I love and I know who love me back for the person I am. Risking the fact that I might sound aggressive, don’t ever question my abilities of being a bad example to my child!!” 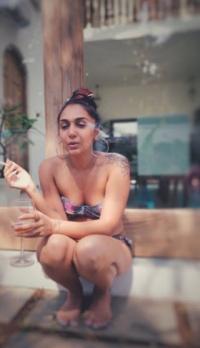 Shveta Salve had also questioned the trolls about the profession of sex workers and whether their profession makes them unfit to parent their children, “So tell me does an honest sex worker who sells her body to feed her family, to maybe get an education or to provide a life for her children is a Bad Person? A Bad Mother? A stigma to society? Who are you and I to Judge?? My parents taught me well and exposed me to the good and evil of everything. They smoked and drank too but they did a mighty fine job of raising my brother and I. As children we knew that this was not something we could practice until a certain age. And that too if we ever wanted to, a choice that we were allowed to take as adults.” 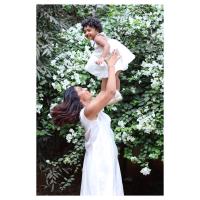 Shveta Salve concluded her message by saying, “Today I share a drink with them and celebrate the fact that they gave me a fabulous childhood n Life and I aspire to do the same with my Baby. I don’t pay for likes and followers, you choose to follow me for who I am. And hence what you see is me being me and you always have the option to unfollow me :) Live and Let Live... this rant has gotten me all irked so I’m gonna go pour myself a red and light up #micdrop #bekindtooneanother #peaceout.” (Also Read: Amy Jackson Posts A Bare-Bodied Picture Of Herself Flaunting Her Stretch Marks And Baby Bump) 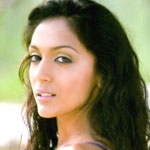