Can you believe 'Fatty' had met the love of her life while acting as a Cupid between 'Zooni' and 'Rehan'! Shruti Seth says 'Fanna' holds a special place as she met her husband while filming it! The name Shruti Seth is almost a synonym of nostalgia for 90s kids, right? For who could forget Shruti from Shararat! Known for her roles in Fanaa, Ta Ra Rum Pum, Slumdog Millionaire, Rajneeti and many more films and TV shows, the very gorgeous, Shruti Seth has balanced her professional and personal life like a pro. Married to Break Ke Baad fame film director, Danish Aslam, Shruti is making the most of her marital life since 2010. And their decade long married life had become even more special with the arrival of a little angel in their lives, Alina in 2014. (Recommended Read: Smriti Khanna Reveals How Her Little Goofball, Anayka 'Tones Her Chubby Cheeks' [Pictures Inside])

On the occasion of the iconic film, Fanaa completing 14 years, Shruti Seth, who had played the role of Kajol's best friend and someone who guides Kajol in the journey of discovering love, remembered how the film holds special meaning for her. That's because Shruti, who had portrayed the character of Fatty in the film, had first met her husband director, Danish Aslam, on the sets of the film. Danish was an assistant director for Fanaa. The duo had dated for four years before they had gotten married in Goa in 2010. 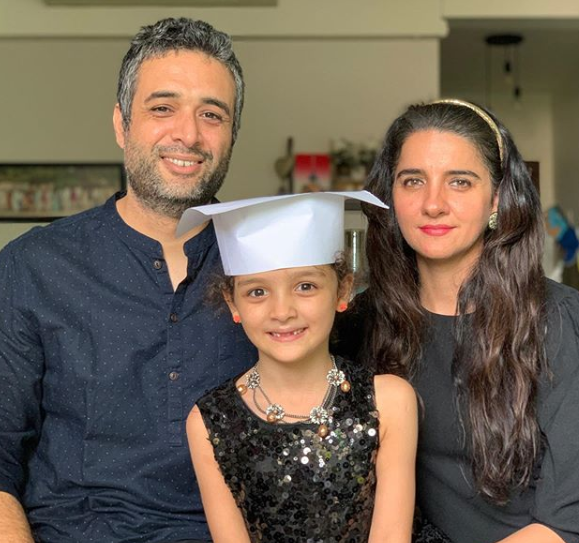 Speaking to ET Times, Shruti recalled the time spent during the shooting of Fanaa and said, "My husband Danish and I met on the sets of Fanaa for the very first time and so it will always be special to me. I am glad my first feature film turned out to be a major success and is loved by the audience even after 14 years of its release. I am thankful to all my fans for showering immense love all these years. The film has successfully connected with the audience and that is the only reason they enjoy it watching even today." Some days ago, Shruti had posted a beautiful, hugging picture with her husband, Danish and had penned a long note on parenthood. Excerpts of which can be read as "Team: Parents! Elated and exhausted from raising a six-year-old. Of all the roles I've done, being a parent is probably the most daunting and most rewarding. Raising a girl is exceptionally precarious. I want to make sure I set the right example for her in every way. There's so many things that I've internalised from my childhood and it's so important that I recognise the problematic parts and make sure I don't pass them on to her. Also @dontpanic79 and I have to be so careful with our own dynamic because we've seen our parents do things that in hindsight seem so wrong and we have to make sure we don't repeat those patterns unknowingly." 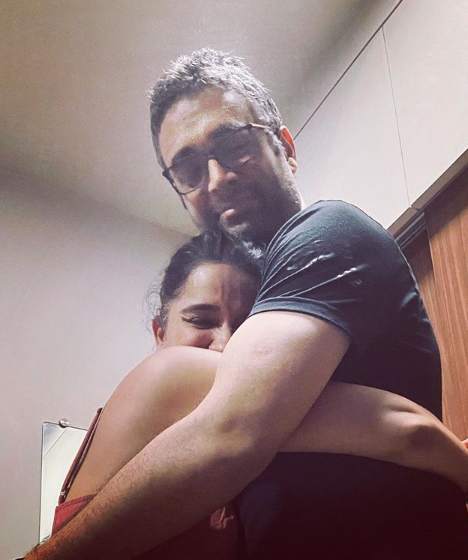 Shruti's note further emphasised on how even the little things affect a child's growing years. He note further read as "Every word, every action will shape her personality. I try every day to better myself, less for me and more for her. So far she seems to be growing up well so, I'm guessing we're doing something right. Here's to all the parents out there & to the amazing children you're raising. I feel you and I gotta say you're doing the best you can. Cheers!" (Also Read: Mira Rajput Kapoor's Motherhood Life Makes Her Understand Childhood Story Of Goldilocks And 3 Bears) On July 23, 2020, Shruti Seth and Danish Aslam's little daughter, Alina had turned 6, and the doting mommy had posted a video, comprising of some beautiful moments of the angel over the years. Shruti had also penned a heartfelt wish for Alina, which could be read as "And then you were 6. Happy birthday to the most precious little baby girl in the world. Every time I look at you, I see a much better and improved version of myself. Your kindness, your intelligence, your love, your generosity make me feel so lucky to be your mother. I know that this year the birthday will be a little quiet but there is always more than enough love and blessings coming your way. I wish you the most glorious life ahead." (Don't Miss: K.G.F Star, Yash's Wife, Radhika Pandit Shows Us How She Keeps Her Little Girl, Ayra Entertained)

Well, we have to say one thing, Shruti Seth still looks as young as the good old Shararat days!