Bollywood actress, Shraddha Kapoor is one of the most favourite actresses of this generation. Courtesy to her cute looks, humility, down-to-earth nature and incredible talent. A lot of you might be aware of the fact that she gets her good looks from her mother, veteran actress, Shivangi Kolhapure but what if we told you that she's related to another yesteryear timeless beauty of the film industry? (Recommended Read: Kriti Sanon Wishes Her Mother, Geeta Sanon On Her Birthday With Amazing Throwback Pool Pictures)

Yes, Shraddha Kapoor is related to veteran actress, the very beautiful, Padmini Kolhapure on the maternal side. Padmini ji is Shraddha's mother, Shivangi Kolhapure's sister and Shraddha's maasi. Padmini Kolhapure shares a cordial relation with her sister's family, as they're often spotted together on lunches or vacations. Shraddha dotes on her maasi and posts about her achievements and accomplishments often on her social media handles. In a recent post, Shraddha Kapoor lauded her maasi's singing talent. Scroll down to know more! 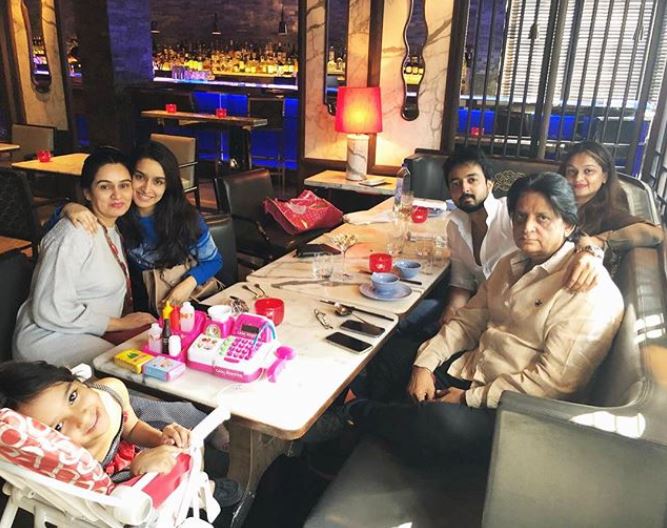 Yesteryear actress, Padmini Kolhapure graced The Kapil Sharma Show with her presence. Kapil Sharma requested her to sing a song in her soulful voice, and it was nothing less than a treat for her fans. Padmini ji sang the song, 'Tumse Mil Kar Na Jane Kyu' in her melodious voice, and her niece, Bollywood superstar, Shraddha Kapoor was left spellbound. Sharing the video of her maasi singing on her IG stories, Shraddha Kapoor wrote, "My precious, beautiful @padminikolhapure your voice!" atop it. Check out the video below: 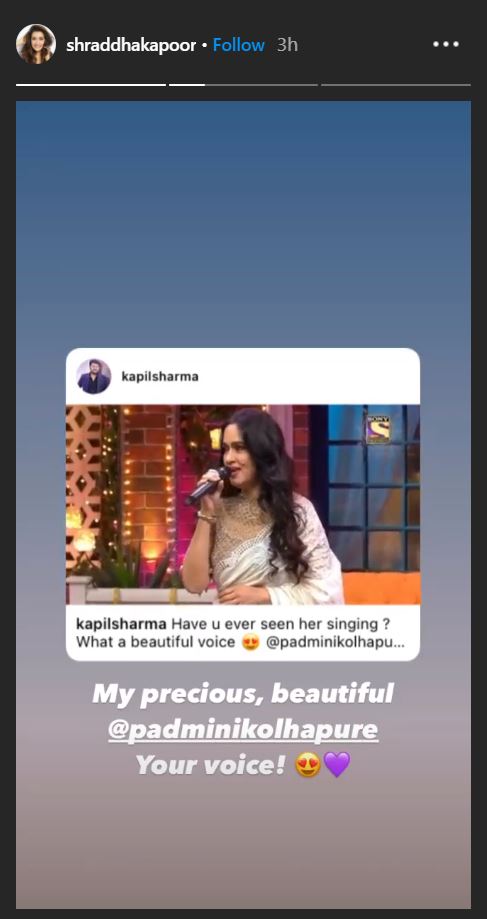 For the unversed, let's have a glimpse on Shakti Kapoor and Shivangi Kolhapure's love life. Shakti Kapoor and Shivangi Kolhapure (sister of the famous actress, Padmini Kolhapure) had eloped to marry in the year 1982. It was love at first sight for Shivangi when she had first seen Shakti Kapoor. However, she was from a conservative family, and it was tough for her to carry on the relationship. Therefore, the duo had decided upon a runaway marriage and had gotten married on December 13, 1982. (Also Read: Karanvir Bohra's Idea Of Maternity Shoot Is Every Husband Ever, Teejay Sidhu's Comment Is Hilarious) 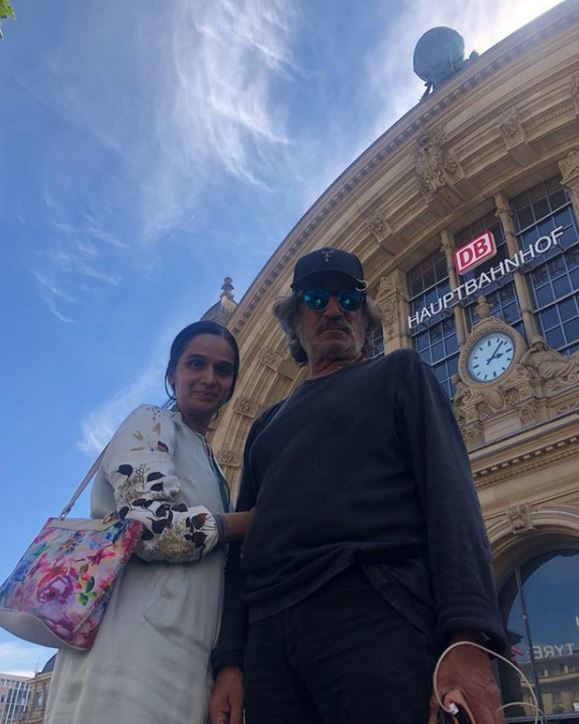 Shraddha Kapoor is a doting daughter, who never skips a chance to flaunt her immense love for her 'baapu'. On Shakti Kapoor's birthday on September 3, 2020, Shraddha Kapoor had shared a throwback picture of her 'baapu', and had wished him in the quirkiest way possible. Her birthday wish for him could be read as "Birthday Baapu! @shaktikapoor. Happy birthday to my precious Baapu! Thank you for being my Superhero and the best father in the universe." 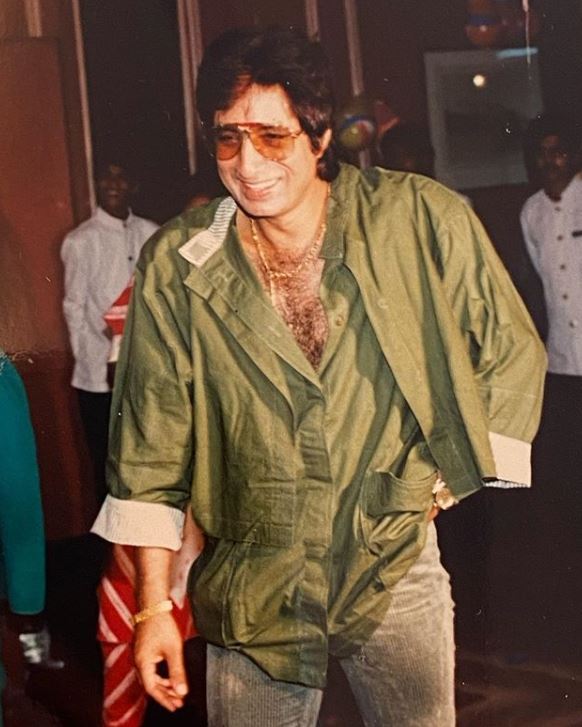 Once in an interview with The Times of India, Shraddha Kapoor had shared that her mother, Shivangi Kolhapure thinks that she is the lucky mascot for her father's career in Bollywood. She had said, "My dad was already doing well when I was born, but my mom tells me I was the lucky mascot in his life and that after I was born, he did even better. I was lucky to have affluent parents. I am spoilt in the sense that my father has given me an expensive car even though I would have liked to have bought my own car. My dad wants to constantly pamper me and I have a constant friction with my parents on that, as I like to make it on my own. My dad is protective at a personal level, but professionally he gives me all the space. Now with my third film, they let me be a bit on my own. He is jovial and is good to hang out with and exuberates positive energy. He doesn't listen to me, even though I keep telling him things like his mom." (Don't Miss: Kangana Ranaut Reacts On Aamir's Daughter, Ira's Battle With Depression, Comments On Broken Families)

Did you see the episode yet?