Shraddha Kapoor Was Spotted On A Bike Ride With Rumoured BF, Rohan Shrestha, Asks Paps To Not Post

Shraddha Kapoor Was Spotted On A Bike Ride With Rumoured BF, Rohan Shrestha, Asks Paps To Not Post

It seems Sharddha Kapoor was missing her rumoured beau, celebrity photographer, Rohan Shrestha, as she was spotted on a bike ride with him after the lockdown was lifted! There was a meme trending on social media some days ago, 'The first hug after the quarantine is gonna hit different!' Very apt and coyly reflects the piece of gossip we have brought for you today. Shraddha Kapoor was spotted riding pillion with her alleged beau, Rohan Shrestha in the suburbs, immediately after the lockdown was lifted. Wait, there's more to this story, but for that, you'll have to scroll down! (Recommended Read: Abhishek Bachchan Recalls How He Was Thrown Out From The Sets Of His Father's Film 'Pukar')

The rumours of Shraddha Kapoor and celebrity photographer, Rohan Shrestha dating each other had gotten heat last year. After wrapping up the shoot for Street dancer 3D, Sharddha Kapoor had flown down to Turkey for a retreat and guess who had accompanied her? Yes, her rumoured boyfriend, Rohan Shrestha and we had gotten to know about it by Sharddha's vacation pictures. She had been giving all her fans a sneak-peek from the trip. What had grabbed everyone’s attention was one of her Instagram stories in which her rumoured boyfriend, Rohan could be seen. Shraddha had shared two pictures, wherein atop one she had written, "Touchdown Antalya”, on the other one, which had captured her alleged boyfriend, she had penned, “Hi! @rohanshrestha!!!” 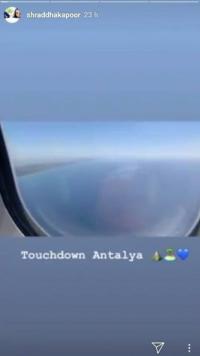 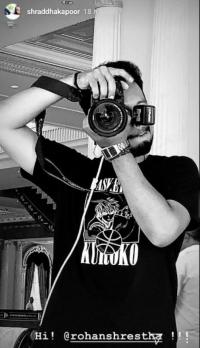 It seems Bollywood diva, Shraddha Kapoor and her rumoured beau, Rohan Shrestha were missing each other sorely, as they were spotted on a bike ride, as soon as the lockdown was lifted. Yes, according to a report published in Mid-Day, Shraddha Kapoor was spotted riding pillion with her alleged boyfriend, Rohan Shrestha, by fans in the suburbs. Both were seen donning masks and Sharddha was even wearing a cap in attempts to go incognito. Their attempts would have been successful as well, had they worn helmets, which they didn't! Now, comes the exciting part, according to the report published in Mid-Day, no pictures of the same were published on the internet or on social media anywhere because Shraddha Kapoor had made her team get in touch with the paps and asked them to not publish the photos. Why? Well, for the starters riding pillion is still prohibited in Mumbai owing to lockdown restrictions, also they weren't wearing helmets! It Seems someone's in a soup! 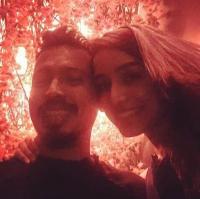 The conjectures of Shraddha Kapoor dating her childhood friend and ace celebrity photographer, Rohan Shrestha have been floating in the air for quite some time. Some time ago, in an interview with the Times of India, Sharddha was quizzed about her marriage prospects with alleged beau, Rohan. To which, Shraddha had said that she is too occupied with her professional commitments to even think about any other commitment like 'marriage'. She also stated that she doesn't have the time to think about anything apart from the movies that she is doing and it’s only a ‘buzz’. 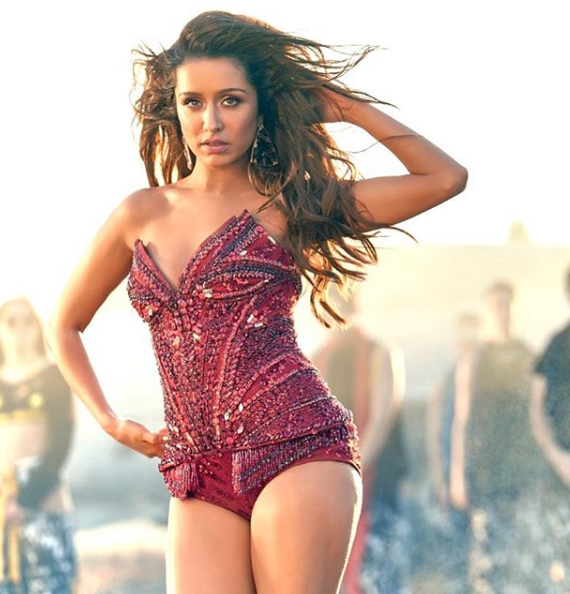 Even though Shraddha Kapoor and Rohan Shrestha haven’t confirmed their relationship yet, the reports of their marriage keep doing the rounds once in a while! Once in an interview with Sharddha Kapoor's father, veteran actor, Shakti Kapoor, when IANS had asked him about his daughter's marriage rumours, the ever witty Shakti Kapor had given an extremely funny reply. He had said, "Really? My daughter is getting married? Please don’t forget to invite me too, to the wedding! Let me know where the wedding is, I will be there. I am the father and yet I have no clue. So, please let me know." (Also Read: Varun Dhawan Shares Photo With Mom, Karuna Dhawan On Her Birthday, Looks Like She's Aging In Reverse) 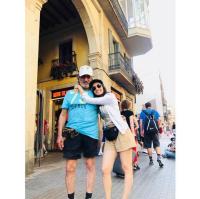 Although Shraddha Kapoor and Rohan Shrestha have never gone on record to confirm/deny their relationship, however, in one of the media interactions, Rohan had shared that Shraddha is his best friend as they have known each for a long time. He had stated, "We have been extremely close for the last 9 years, but NO, I am not dating her. I met her at a party and we instantly hit it off. First impressions I definitely thought she was cute, but have only remained best friends ever since." (You May Also Like: Esha Deol Celebrates Daughter, Miraya Takhtani's First Birthday With Scrumptious Unicorn-Themed Cake) 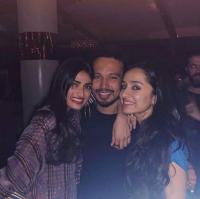 Well, we're eagerly waiting for either one of them to come forward and address their dating rumours!