Khushi Kapoor strikes a classy pose as sister, Janhvi Kapoor turns a photographer for their in-home studio shoot. Check out her picture inside! 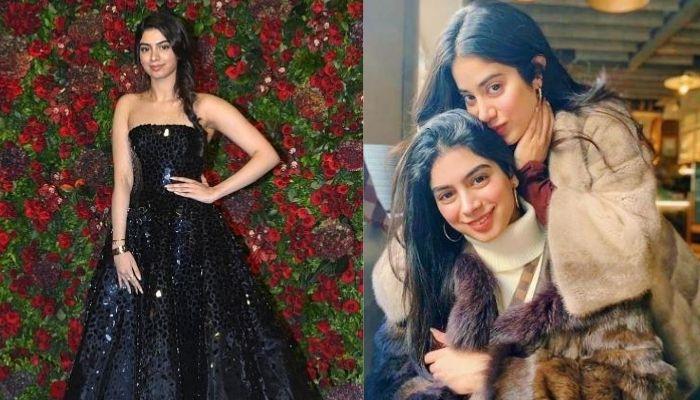 The actors, bloggers and influencers will clearly understand how traumatising the pandemic has been as they have to shift their shoots at home. Change the entire setup of your house and turning it into a studio and then doing makeup, setup and shoot all by yourself is a challenge on its own. However, where there is a will, there is a way, and we have seen many of our favourite actors, shoot for their new campaigns at home. To join them are the Kapoor sisters, Jahnvi Kapoor and Khushi Kapoor! (Also Read: Shweta Bachchan's Post For Dad, Amitabh Bachchan Is All About Having An Inspiration Throughout Life)

Boney Kapoor and late actress, Sridevi Kapoor’s daughters, Janhvi and Khushi have always stood like a pillar of strength for one another after their mother’s death. The sudden demise of Sridevi was a personal loss for the entire nation and the nation was worried about her two daughters, Janhvi and Khushi as they were like shadow to their mother. However, the two had shown a brave face and had stood strong by the side of their father. The two sisters share a great bond and their bond is what every sister bond looks like! 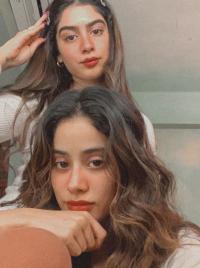 Khushi Kapoor is tall and chic and has every trait of what a model holds. She looks like she can any day walk on the ramp and give a run to super models for their money. Khushi Kapoor is indeed a diva in making and her recent, fun yet classy pose made us believe that she is a star in making. Janhvi Kapoor took to her IG stories to share a BTS from the sister’s shoot at home. The sisters have made an in-home setup for the shoot, and Khushi can be seen smiling hard, holding a little black bag and striking a classy pose. Sharing the picture, Janhvi wrote, “When you can’t go to the studio so you can make it come to you” atop it. Take a look: 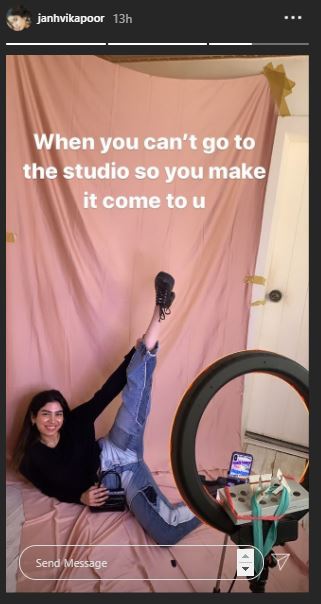 It is a known fact that Khushi is currently pursuing her studies at New York Film Academy. In July, a fan page of the Kapoor sisters had shared a video of Khushi Kapoor from her college, where she had talked about her experience in the college and how she wants to work with her family, but before that, she wishes to prove herself. The video had started with “Hi, I am Khushi Kapoor. My family is in the business but I have always just looked from afar.” Later on, she had added, “I would definitely love to work with my family at some point in the future. I would like to prove myself and prove my place before I jump into working with my family. There’s really no other way to go about it than to immerse yourself into it.” (Don't Miss: Gauri Khan Shares Glimpses Of Her Collection, But We Are Eyeing On Shah Rukh's Miniature Behind Her)

On Anaita Shroff Adajania’s chat show, Feet Up with the Stars, Janhvi Kapoor had talked about her sister, Khushi Kapoor and the bond they share. Before talking about their camaraderie, Janhvi had confirmed that her baby sister, Khushi will be joining New York Film Academy as she had finalised to have a career in acting. Janhvi Kapoor had shared, “She is going to NYFA. Then after she comes back, she will figure what she wants to do.” However, Janhvi had shared that she and their papa, Boney Kapoor were a bit wary of Khushi Kapoor’s decision, “I’m getting palpitations just thinking about Khushi going to... He (Boney) just has to think about it and he’ll start crying.” (Recommended Read: Karanvir Bohra's Wife And Soon-To-Be Mommy, Teejay Clarifies That They Are Not Trying For A Baby Boy) 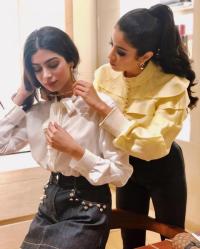 We would love to see the final pictures of Khushi and Janhvi’s photoshoot! What about you?