Shoaib Ibrahim has posted a beautiful picture with his wife, Dipika Kakar with a heartwarming caption. Scroll down to check out the picture! 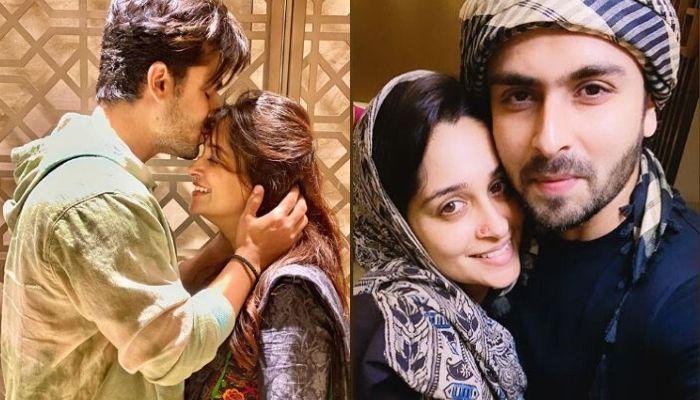 Often we have seen actors falling in love with their lead counterpart in the show or the movie. As soon as a show begins to soar high amongst the audience, comes the gossips of lead pair or any other pair dating. Well, some of them are true, and others are just a piece of rumours. However, it is very rare that the leads of the show continue their relationship even post the show. Most of them call it a split during the course of the show only. Only a few are able to find their true love and give in to that. Dipika Kakar and Shoaib Ibrahim’s love story is also what we say reel turned into reality. (Also Read: Deepika Padukone Complains About Her Hubby, Ranveer Singh's Over-Sleeping And Getting Late Habit)

Dipika Kakar and Shoaib Ibrahim had become a household name with their characters in the popular daily soap, Sasural Simar Ka and are adored by their fans. The couple had tied the knot on February 22, 2018, in a nikaah ceremony accepting each other for life. The couple is madly in love and their love and honesty towards each other is evident from their social media posts and also one could witness their love when Dipika had participated in the reality show, Bigg Boss. Their honest longingness and the hugs on meeting after months and poem was proof of how honest and loyal their love is for each other. Proving their love again, Shoaib has posted a beautiful picture with his wife with a heartwarming caption.

On May 05, 2020, Shoaib Ibrahim took to his Instagram handle to share his look of love with his dearest wifey, Dipika Kakar. And a single look at the picture makes our heart skip a beat and flutter with happiness. Don’t we all want someone in our life, who would look at us with love, every time, every day! Dipika and Shoaib have found each other and we are glad. In the picture, Shoaib can be seen wearing a blue kurta and Dipika has her head covered with a red dupatta and both are looking into each other’s eyes while Shoaib stands behind his love. Sharing the pictures, he wrote a beautiful caption, which can be read as “Mere Nabi Ne Kaha hai When a Husband and a Wife look at each other with Love, Allah look at them with Mercy.” Have a look at the beautiful picture.

Dipika also shared a picture from the same day on her Instagram handle, where the two can be seen posing for the camera. Along with the picture, Dipika thanked her husband for being in her life, and wrote, “I feel so blessed to have u in my life. Thank you for making me yours @shoaib2087 #allhamdulillah #blessedbeyondmeasure #husbandandwife.” Check out the picture below.

Talking about their display of love, on April 29, 2020, Shoaib had hosted an 'Ask Me Anything' session on his Instagram handle, during which, one user had asked him to share the best moment he has spent with his wife, Dipika. To this, the actor’s reply had won many hearts as he had said, "Jab humne ek dusre ko qubool kiya". Another user had asked him what he had learned during the quarantine. To which, Shoaib had replied, "Ghar par apni mom, wife, sister unko unke kamon mein help karna." Check out glimpses of his love-filled session below. (Recommended Read: Kartik Aaryan's Mother Interrupts Him While He Shoots For His Show, Asks Him A Hilarious Question)

In an interview with The Times of India, Dipika had talked about how had she fallen in love with Shoaib and had shared, "I wanted to be sure that this relationship wasn’t on the rebound. Also, we were getting to know each other better. No matter how progressive we become, being a divorcee has some kind of a social stigma attached to it in our society. I had that stamp on me. But he gave me that space and despite being aware of my past, never complained about it. He has in fact always respected that. Coming from a small town, even his parents never let me feel that. I have always longed for family. Ammi sends dabba for me when my mother is not there. I feel I am more close to his mom than him. Everything is positive and we are more at peace now." (Don't Miss: Smriti Khanna Shares An Unseen Dance Video With Her Hubby, Gautam Gupta From Engagement Ceremony)

Dipika and Shoaib are indeed lucky to have found love in each other!