Have you ever attended a wedding where the bride’s entrance song wasn’t, Din Shagna Da? No, right? Well, that’s because for over a decade now, this soul-stirring track has become ‘the song’ of the bride and the moment this song plays at the wedding, the guests naturally gaze towards the entry gate to get the first glimpse of the bride. There’s something magical and surreal about this song as it creates a mystical aura and every time we listen to this track, we get goosebumps!  (Also Read: Shloka Mehta: Everything About Akash Ambani's Wife-To-Be And Ambanis' Bahu-To-Be)

With just a day left for the much-awaited union of Ambanis and Mehtas, Akash Ambani and Shloka Mehta had their mala and mehendi ceremony on March 7, 2019, and it was filled with dance, music, fun and love. Amidst the videos that went viral from Akash and Shloka’s mala and mehendi night, we got a glimpse of the performance by ‘Team Bride’. And guess who joined them for the wonderful dance performance? It was none other than the bride-to-be herself, Shloka and they all shook their legs on Iski Uski from 2 States.

Another video that made rounds on social media had the soon-to-be-bride, Shloka Mehta and her mother, Mona Mehta. While Shloka can be seen sitting on an 'on-stage throne', her mother couldn't stop adoring her beautiful daughter, both grooving on the song, Din Shagna Da. Shloka didn’t choose this song for her bridal entry but instead performed on it on her mehendi night. Later, the mother-daughter duo was joined by Shloka’s sisters. Here’s the video:

A day prior to the mala and mehendi ceremony, the Ambanis and Mehtas organised an Anna Seva ceremony, wherein they reportedly served dinner to over 2,000 children across orphanages and old age homes in Mumbai and will continue to do so until March 13, 2019. While the groom-to-be, Akash opted for an emerald-green kurta and jacket, his gorgeous bride-to-be, Shloka stood out in a beautifully embroidered rani-pink kurta, which she paired with an orange dupatta and matching flared trousers.

One of the sweetest moment from the Anna Seva was when Akash Ambani and Shloka Mehta along with their parents, Mukesh Ambani-Nita Ambani and Russel Mehta-Mona Mehta, posed for the paparazzi. After a family picture, when the shutterbugs asked the dulha-dulhan to pose for the cameras, the groom-to-be playfully joked with the media to click good photos of his wife-to-be. Akash said, “Shloka ka photo ache se nikalna. Smile karte hue, vo nervous ho jaati hai.”

Ahead of Anna Seva, Nita Ambani inaugurated the Dhirubhai Ambani Square at Jio World Centre in Bandra. Speaking of the new initiative, Nita Ambani said, “The Dhirubhai Ambani Square and the Jio World Centre fulfil the vision of a great son of India, who believed that India has the potential to achieve global excellence in every area of nation building. In the coming days, it will be a great treat to the eyes of all Mumbaikars who will visit this modern and futuristic square—part of the world-class, multi-purpose Jio World Centre that will be the largest and one of the best global convention centres in our country. When the Jio World Centre opens towards the end of this year, it will be a place where people will get together to appreciate art, exchange ideas, celebrate culture and to soak in the heritage and vibrancy of our great city!” (Also Read: Unseen Pictures From Shloka Mehta's Bachelorette Trip To Berlin With Her Besties, Checkout Inside)

On March 8, 2019, father of the to-be groom, Mukesh Ambani did something extremely sweet for the Mumbai cops ahead of the wedding of his son, Akash Ambani with Shloka Mehta. He had sent a box of sweets and greetings to all the cops in Mumbai. A source has informed us, “Ahead of the wedding of his son, industrialist Mukesh Ambani has sent boxes containing sweets to the around 50,000 police personnel in the metropolis. Every police station in Mumbai is receiving the boxes from the family of the Reliance Industries chairman, whose son Akash Ambani is getting married here on March 9.” 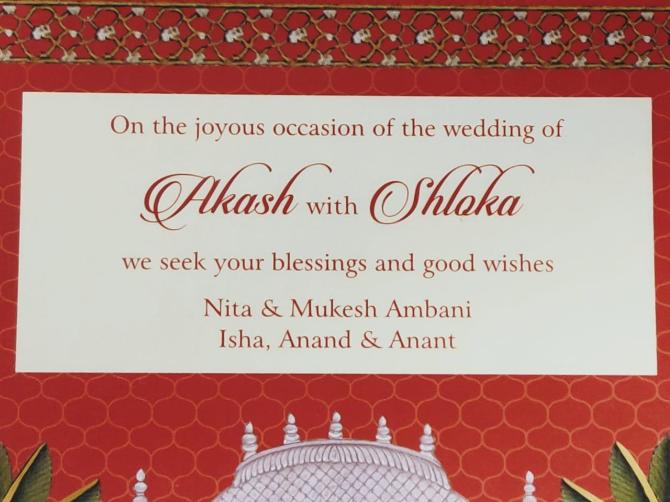 The source further quoted a police constable as saying, “The boxes are accompanied by a small card carrying the names of Mukesh Ambani, his wife Nita and their children and messages seeking blessings and good wishes. I got the box of sweets from the police station and came to know it has been sent by Ambani's family on the occasion of his son's wedding. It is a good gesture that the industrialist, ranked 13th on Forbes World's Billionaire list, is sharing his joy with our police personnel.” (Also Read: Isha Ambani-Anand Piramal Dazzle In Their Outfits On Akash-Shloka's Mehendi, Pictures Inside) 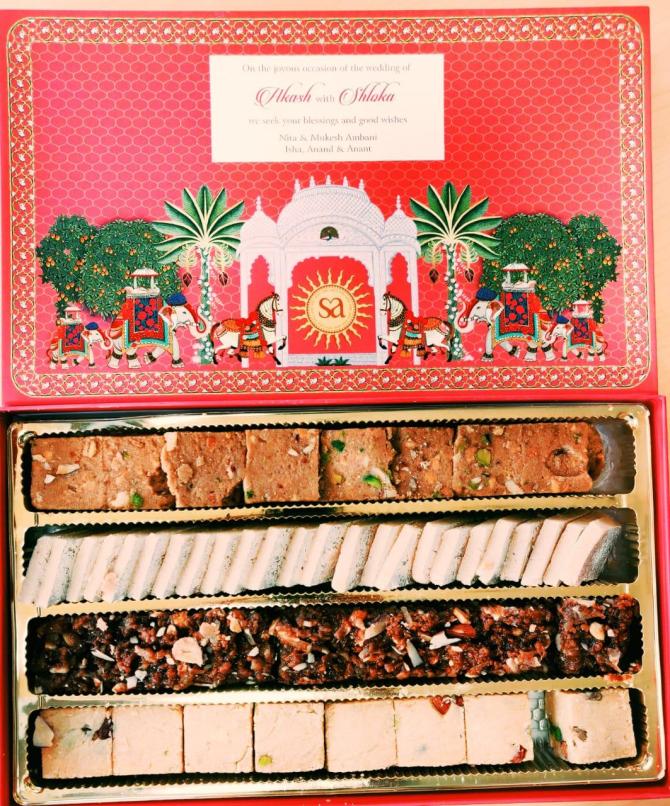 Stay tuned with us for more updates about Akash Ambani and Shloka Mehta’s wedding!