'YHM' Fame, Shireen Mirza Opens Up On The Emotions That She Is Going Through Before Getting Married

'YHM' Fame, Shireen Mirza Opens Up On The Emotions That She Is Going Through Before Getting Married

In a recent interview, 'Yeh Hain Mohabbatein' fame, Shireen Mirza, who is all set to tie the knot with Hasan Sartaj on October 23, 2021, shared her feelings before getting married.

It's raining shaadis in showbiz this year! While we have already witnessed a lot of celebs tying the nuptial knot in 2021, the recent one who is all set to join the bandwagon is Yeh Hain Mohabbatein fame, Shireen Mirza. Ever since the actress had shared the pictures from her engagement ceremony, fans were eagerly waiting to hear the news of her wedding. Finally, on October 8, 2021, Shireen had announced the date and destination of her wedding with Delhi-based IT professional, Hasan Sartaj.

Taking to her IG handle, Shireen Mirza had shared a video that had featured her with Hasan Sartaj, in their animated versions. The video had beautifully portrayed their love story, starting with how she had helped him with a charger and had reconnected on a matrimonial site. Keeping the suspense high, in the end, the video had revealed their wedding date, which could be read as October 23, 2021, Jaipur. Alongside the video, she had written, ''Our Love Story And our Kismat Connection SAVE THE DATE as Haseen getting hitched.''

Shireen Mirza Performs The 'Rasam' Of Her 'Pehli Rasoi', Reveals What All She Cooked For Her In-Laws

Shireen Mirza Is Enjoying Her Familymoon With Her Hubby, Hasan Sartaj And Their Family

In a recent interview with ETimes, Shireen Mirza, popularly known as 'Simmi' from Yeh Hain Mohabbatein, opened her heart out on the mixed feelings of being happy and nervous at the same time before getting married. Stating the same, she said, ''Yes, the D-Day is finally here, I am getting married on October 23. As the nikaah date inches closer, I am feeling more and more nervous. Though I know Hasan quite well and he has been for a bit now my best friend, I am going through a lot of mixed emotions. I’m happy, nervous, anxious and excited at the same time.” 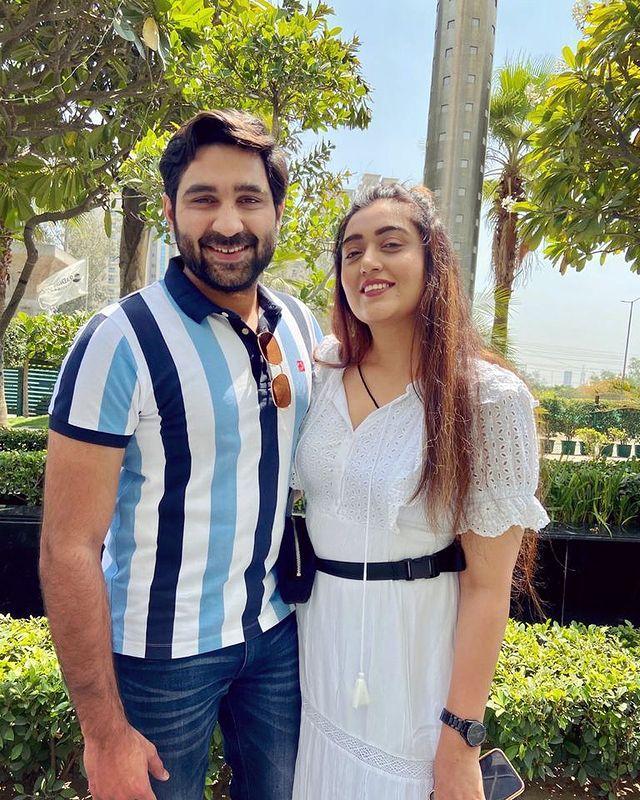 Going further in the interview, Shireen, who opted for eco-friendly cards, revealed the reason behind it and said, ''I have seen people spending a bomb on wedding invites that later go into trashcans. I wanted a simple and environment-friendly card so that people can make use of it even after the event is over.'' She also shared with the portal that her wedding will be an intimate one and her Yeh Hain Mohabbatein co-stars, Divyanka Tripathi Dahiya, Karan Patel, Aly Goni, Krishna Mukherjee and Gaurav Wadhwa, are expected at the wedding. They are also going to give a performance on the sangeet night. 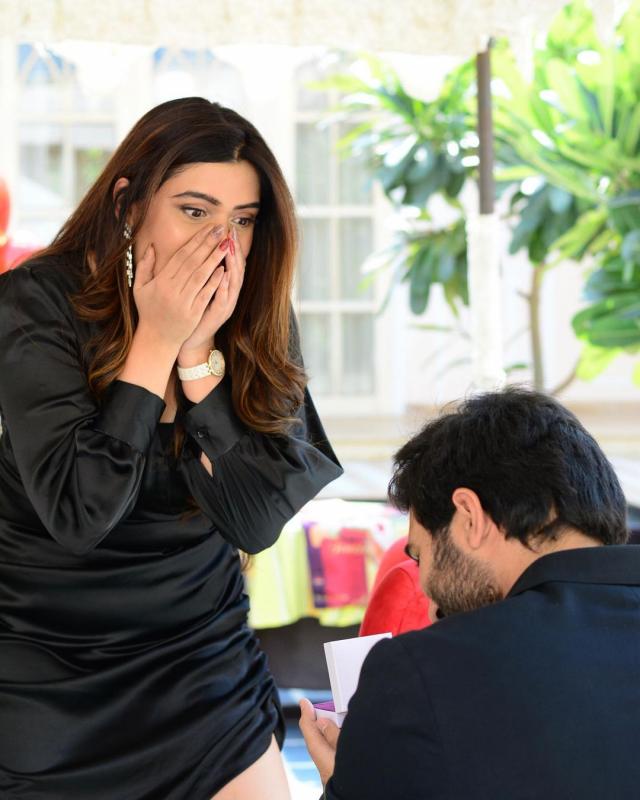 Since an Indian wedding is incomplete without food, Shireen Mirza also shared the widespread delicacies that will be there for the guests at her wedding. In her words, ''In terms of food, there will be a lavish spread comprising Rajasthani and Mughlai dishes. Since the groom is from Delhi, there will be a special Dilli ki Chaat counter.'' For the wedding, the actress will be opting for a maroon-hued lehenga with a traditional Mughlai touch and will be donning a blue lehariya salwar kameez for her vidaai. 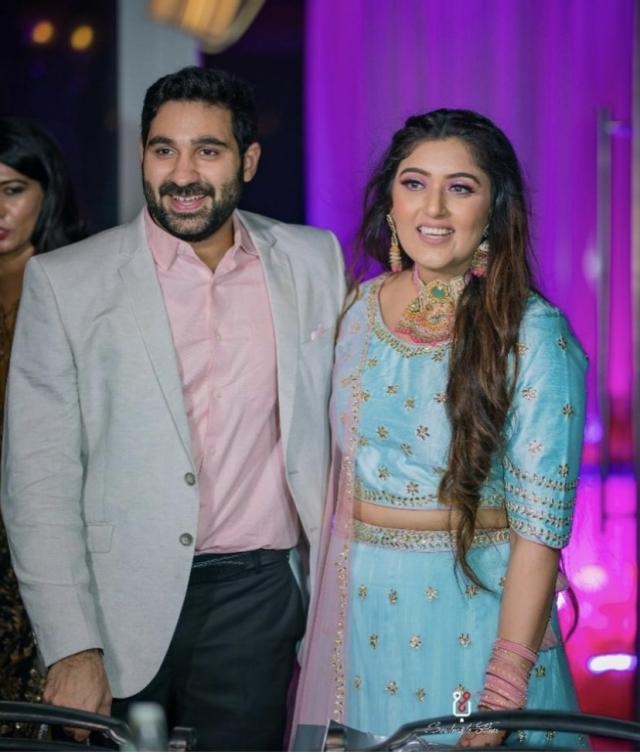 On August 5, 2021, Shireen Mirza and Hasan Sartaj got engaged in an intimate ceremony, and it was attended by their family members and close friends. For the ceremony, Shireen had set the internet ablaze as she had opted for an aqua-blue lehenga. Actress, Krishna Mukherjee, who is also her close friend and colleague from Yeh Hain Mohabbatein, had shared some cutesy pictures, where the couple had looked utterly happy while exchanging the rings. 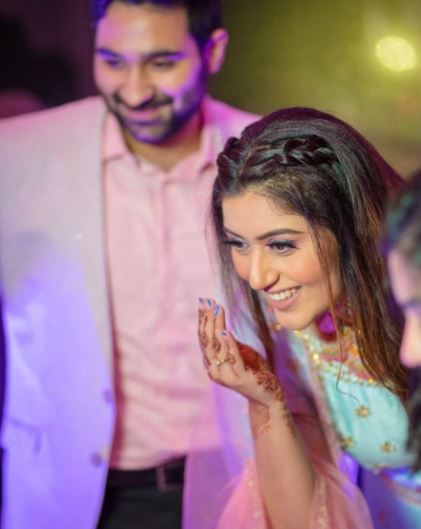 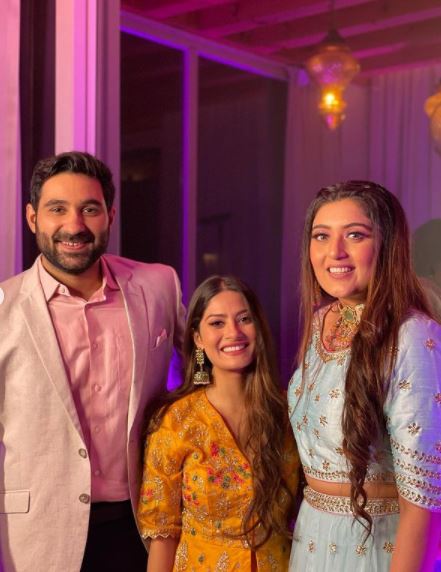 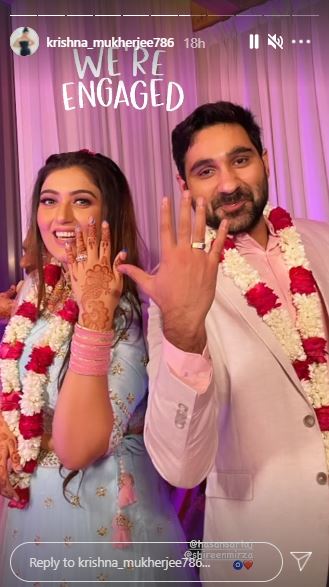 We can't wait to be a witness to some surreal pictures from Shireen's wedding! 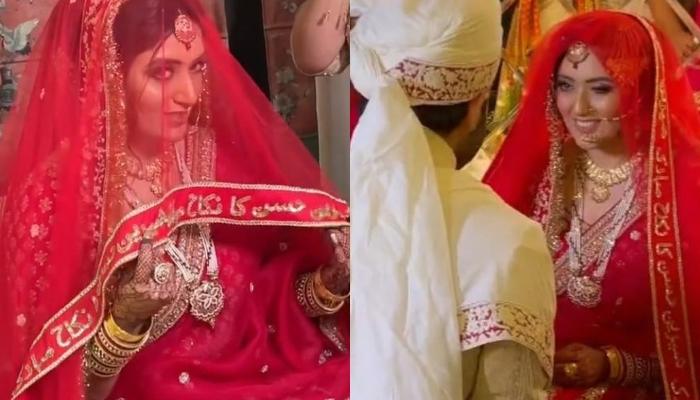 Television actress, Shireen Mirza's finally said qubool hai to the love of her life, Hasan Sartaj, in an intimate wedding ceremony in Jaipur. Many celebrities and Shireen's friend joined their celebration including, Divyanka Tripathi, Vivek Dahiya, Aly Goni and Krishna Mukherjee. For the unversed, Shireen is known for playing the character of

Shireen Mirza Performs The 'Rasam' Of Her 'Pehli Rasoi', Reveals What All She Cooked For Her In-Laws