On the occasion of Janmashtami, Shilpa Shetty Kundra shares glimpses of her last year’s Janmashtami celebration at Iskcon temple.

Festivals are a great time to connect with your loved ones. From visiting each other’s homes to feasting together, festivals bring in a lot of memories which we cherish throughout our life. But with the ongoing pandemic, we can only recall the good old days of our lives when everything was normal and happy. On the occasion of Janmashtami, our social media feeds are filled with adorable pictures of celebs wishing their fans. And Shilpa Shetty Kundra took a trip down the memory lane and shared a beautiful glimpse of her last years’ Janmashtami celebration. (Also Read: Janhvi Kapoor Shares A Picture With Her 'Cutest Cheerleader' Ahead Of Her Film's Release)

Shilpa Shetty Kundra is a perfect example of managing her professional life and personal life with equal ease. From her debut film, Baazigar opposite Shah Rukh Khan to movies like, Main Khiladi Tu Anari, Pardesi Babu, Dhadkan, Phir Milenge, Life In A Metro, Shilpa has some tremendous work to her credit. Shilpa and Raj are married for more than 10 years and their camaraderie gives couple goals to the millennials. The doting couple is blessed with two little munchkins, Viaan Raj Kundra and Samisha Shetty Kundra.

On August 11, 2020, Shilpa Shetty took to her IG handle and shared a glimpse of her last year’s Janmashtami celebration in Iskcon temple. In the video, Shilpa was seen performing the ritual of ‘Krishna Abhishek’ with her mother, Sunanda Shetty, sister, Shamita Shetty, hubby, Raj Kundra and son, Viaan Raj Kundra. Along with the video, Shilpa wrote, “Hare Krishna Hare Krishna Krishna Krishna Hare Hare Hare Rama Hare Rama Rama Rama Hare Hare. Last year this day, performing the Krishna Abhishek at @iskcontemple. Janmashtami ki aap sabhi ko dheron shubhkaamnayein. May Lord Krishna take away all our worries, give us the strength to face each day with courage, and bless each one of us with happiness, love, & peace on the holy occasion of Krishna Janmashtami.”

On January 25, 2020, Shilpa Shetty Kundra had taken off to Shirdi to seek blessings of Sai Baba. Shilpa was accompanied by her husband, Raj Kundra, son, Viaan Raj Kundra, mother, Sunanda Shetty, sister, Shamita Shetty and mother-in-law, Usha Rani Kundra. The entire family had looked adorable as they posed for a picture. While addressing her visit to media from outside the temple, she had stated that she does not visit holy places to seek anything but only to express her gratitude for whatever is bestowed to her. (Also Read: Kangana Ranaut And Her Nephew, Prithvi Have A Little Picnic On Their Way To Her Parent's House)

On February 21, 2020, Shilpa and Raj had welcomed an angel into their lives via surrogacy. Shilpa had announced the arrival of her doting daughter with her fans on her social media handle. And later in an interview with the Mumbai Mirror, she had stated that she and Raj had been trying for a second child for five years. She had further stated that she always wanted to have a baby girl and had come up with the name Samisha when she was 21.

In a throwback interview with The Times of India, Shilpa had talked about her equation with Raj and how he is a doting daddy to their son, Viaan Raj Kundra. She had said, “I met Raj at a time in my life where I was riding this wave with the Big Brother success. He lived in London with his parents who had told him about me, ‘Yeh Shilpa Shetty aayee hai aur usne Indians ka naam ooncha kiya hai.’ He came to my hotel and the first thing was that he came and touched my mother’s feet even though he was a Londoner. And that sums up the person he is. He is very respectful and treats my parents like his.” (Also Read: Namrata Shirodkar's Kids, Gautam And Sitara Enjoy Their Day Out, Were Spotted Riding Bicycles)

Every woman wishes to carry her child in her womb and bring the little one into this world after enjoying and cherishing the nine months of her pregnancy. But unfortunately, some face challenges and have a tough pregnancy to bring their little bundle of joy into the world, and some 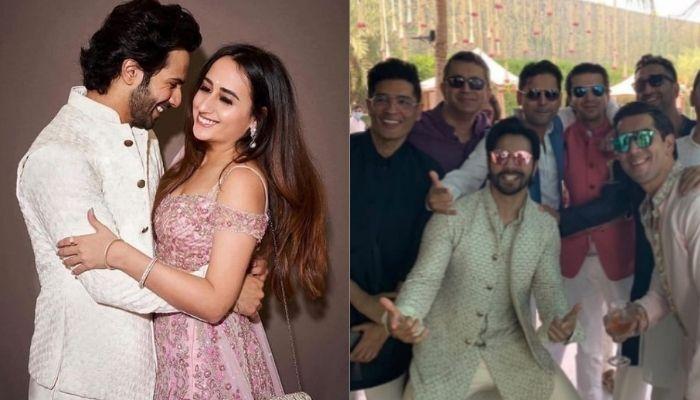