Shilpa Shetty Kundra posted a beautiful slo-mo video of herself enjoying the morning sun and her hubby, Raj Kundra had the perfect reaction! 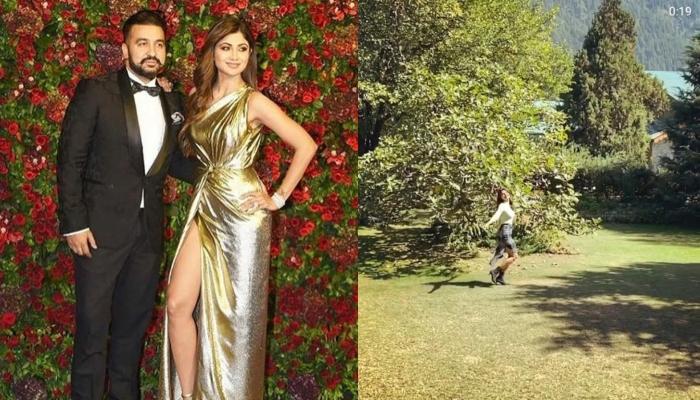 Shilpa Shetty Kundra and Raj Kundra are one of the most loved and adored couples of the glamour world. Their social media PDAs are loved by their fans, and the doting couple never skips a chance to give glimpses of their amazing camaraderie. One look at their social media handle and you can see the lovebirds setting-up major couple goals every now and then. (Recommended Read: Riteish Deshmukh Recalls When He Couldn't Donate Liver To 'Pappa', Vilasrao Deshmukh, Gets Emotional)

On September 25, 2020, Shilpa Shetty Kundra had shared a glimpse of her date night with her significant other at home. She had shared a video of the yummy meal on her IG stories and had captioned it as "Loving my Friday date night with hubby @RajKundra9 at home." Chcek out the screen grab of the same below: 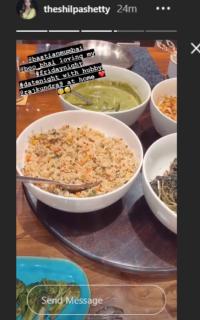 Shilpa Shetty Kundra is currently in Manali for the shoot of her upcoming film, Hungama 2. Posting a beautiful slo-mo video of herself enjoying the morning sun, Shilpa wrote, "Twirling into the weekend like. 10.10.2020. #manalidiaries #hungama #hungama2 #shootlife." On her post, her husband, Raj Kundra made a quirky comment and wrote, "Has the pure oxygen got to you." Check out the video and the screengrab of the comment below:

Some time ago, on Romedy Now's The Love Laugh Live Show, Shilpa Shetty Kundra had talked about the time when her then-beau, Raj Kundra had proposed her with a '5-carat' ring. The actress had said, "He'd booked out the whole banqueting hall at The Grand. A bit OTT... he had like these violinists playing. He conned me into it; He said we are having lunch at a friend's place, so dress up well. Not casually, just dress up well, and my sister told me to wear red, so it was already planned. He told me from Mumbai we are going to this really cool place. I had no clue, but he had already asked my parents. So, the setting was all there, and the cloche opened, and he did propose in the last course, dessert, and it was this diamond ring." (Also Read: Nakuul Mehta And Jankee Parekh's Super-Romantic Beach Pictures Are Not For The Faint-Hearted Singles) Shilpa had further revealed how she had taken a little time to say yes to Raj's proposal. She had said, "It was a 5-carat diamond ring and I might sound really materialistic here, but I was like it's just 5 carats. So, I took a while to say yes because I was like 'This is not what I imagined'. No no, I was just joking... So, he was like, because I took 2 seconds more, he was like, 'The wedding ring will be bigger', that's Raj for you. So, I said yes there." 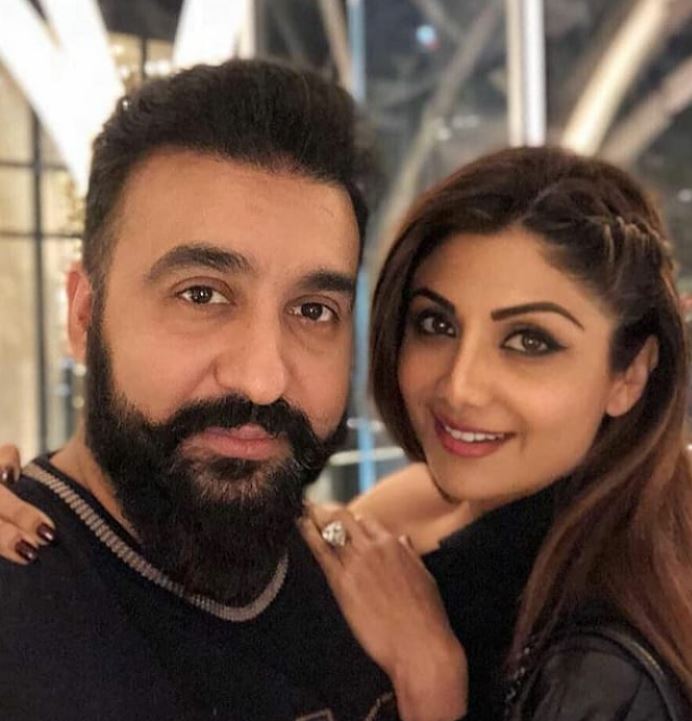 In an interview with Pinkvilla, Shilpa had opened up on her first meeting with the love of her life, Raj. She had shared, "I met Raj in London through a common friend to discuss a business deal. I was swoon by his smile, charm, and persona. After he left, I asked my friend about him. He told me that he is already married and I was left disheartened. But, at that time, we did not know that Raj is going through a divorce. Four months later, Raj had once offered me to stay at his batch pad, since I was travelling to London frequently. I was surprised to know about his bachelor pad, and later he revealed that he is going through a divorce." (Don't Miss: Genelia Deshmukh's Heartmelting Birthday Wish For Her Mother-In-Law, Thanks Her For The Endless Hugs)

Well, we love the amazing chemistry of Shilpa Shetty Kundra and Raj Kundra!