Recently, Shilpa Shetty Kundra shot for 'The Kapil Sharma Show', wherein she talked about her personal life and why her husband, Raj Kundra calls her 'BBC'. Scroll down to know more! 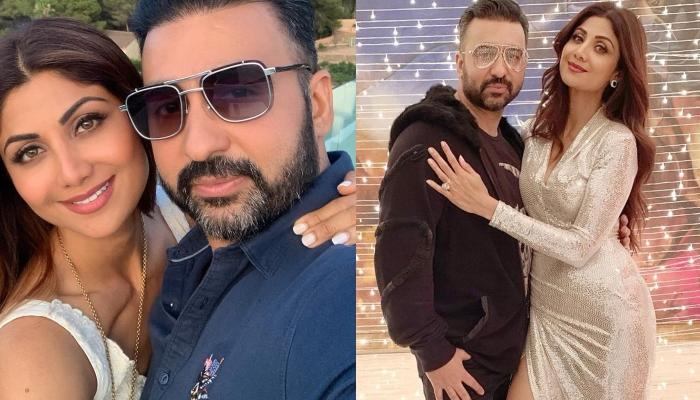 A marriage is a process of turning every day into a ‘happily ever after’, and falling in love millions of time with the same person. One innocent look at your 'better-half' after a big fight, can melt away all your ego like butter. You tend to start living happily with the chaos of your partner, you make peace with their snoring habits and in no time, they become a part of you. And an exactly similar relationship is shared between Bollywood actress, Shilpa Shetty Kundra and her husband, Raj Kundra. They are enjoying marital bliss for ten years but still radiate new couple goals. (Recommend Read: Neha Kakkar Completes A Part Of Aditya Narayan's 'Heart' Amidst Their February 14 Marriage Rumours)

Before we take you further into the story, let us take a quick recap of Shilpa and Raj's filmy love story. For Raj, it was love at first sight and had known that Shilpa was going to be his perfect life partner and he tried everything to woo her. The couple had first met in the year 2008 for a business meeting which grew into a 'forever-kind-of' partnership. However during the initial stages, Raj had kept denying the rumours, but when they had finally started dating, Shilpa was the first one to confirm that she has found her 'Mr Right'. 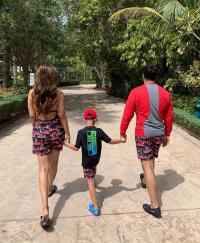 Recently, Shilpa Shetty Kundra graced The Kapil Sharma Show which is yet to be aired. During the shoot, the host, Kapil asked Shilpa if Raj calls her BBC. To this, the actress replied with a yes and stated that this is true and Raj calls her BBC which means 'Born Before Computers'. She further revealed the reason and shared that this is because she is extremely bad at doing things that have anything to do with technology. 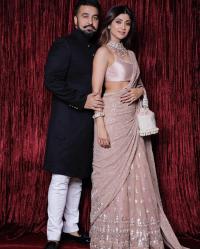 Shilpa further added, "Social media is very basic which doesn't require a lot of effort. However, it is a tedious task when I have to check my kid's homework over mails and give him printouts. I don't know what is wrong with notebooks and pens! These days everything works over mails and those complicated PDF files." (Also Read: Disha Vakani Of 'Taarak Mehta...' And Her Daughter, Stuti Steal The Show At A Family Function) On November 22, 2019, Shilpa and Raj had completed ten years of marriage. To make the celebrations super special, the actress' dashing husband, Raj had made a special video for her. The actress had shared the same on her Instagram handle. Alongside the video, she had written, "Okay.. so I was going to post a video I had made but mine sucked when I received this video my husband made for me ..This was way better.. hence posting this one @rajkundra9 isn’t just called my #betterhalf for nothing !! My videos / surprises /presents may not be as good as yours, but I know my LOVE matches up to yours. You always set the benchmark so high (for all the men) What a roller coaster. All the ups and downs. But a joyful ride its been every moment spent ..memorable, cause u are by my side and I will be by yours, always. My Cookie, my soulmate. Thank you for all the love, respect, encouragement and much more.. in this marriage! You are my dream come true."

Last year, on her show, Super Dancer Chapter 3, Shilpa had revealed the secret to a happy marriage and had said, "It's important to have the relationship of friendship in any relationship. I think Raj and I never feel that we are tied to this relationship of marriage. Even now we go on dates on Friday nights, we call each other girlfriend and boyfriend. So, we don't want to feel that burden that we are together just because we are in a marriage. They think they have some pressure so touchwood, that's not there between us." 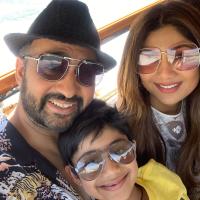 Shilpa had also revealed the key of a happy marriage, and had stated, “Trust is also a bedrock of any relationship. It's our 10th year now... It's important to grow in any relationship, be it between friends, siblings or partners, otherwise, you outgrow the relationship. It's very important for me that I learn from every relationship that I have with people and I have learnt a lot of things from Raj and even you have to keep upgrading yourself." (Don't Miss: Nick Jonas Shares An Adorable Picture Of His 'Favorite Laugh' With Wife, Priyanka Chopra Jonas)

Well, we hope Shilpa will try to get better with technology as now, the whole nation knows this secret!