Shilpa Shetty Kundra has turned 44 and we cannot believe it as she doesn't look a day older than twenty. Scroll down as we got hold of her pictures from the lunch date with her family. 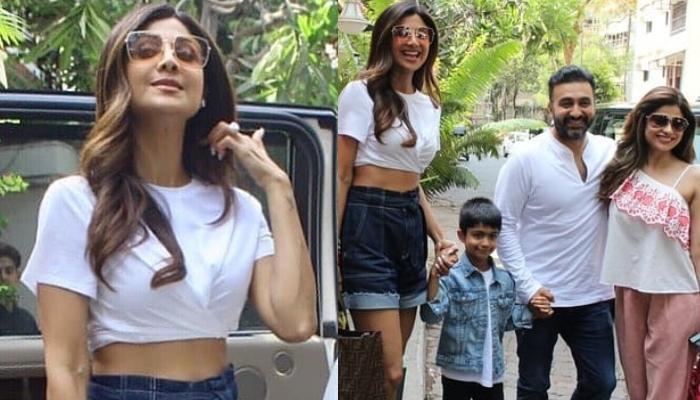 Shilpa Shetty Kundra is a name powerful enough to write her own legacy! However, her journey to Bollywood wasn't a bed of roses, and she had her own downfalls through which she fought like a boss. She was just a 17-year-old girl, who entered the industry and made a mark for herself. (Recommend Read: Rishi Kapoor Is Returning To India, With Neetu Kapoor, This Month After Battling Cancer For 8 Months)

Then came a time in her career when she was bullied and discriminated against just because she belonged to India when she had entered Bigg Brother. But the actress stood strong and came out as a winner of the show, making her fellow countrymen proud. And that was the start of her innings as she became Mrs. Raj Kundra and took the journey of motherhood by giving birth to Viaan. 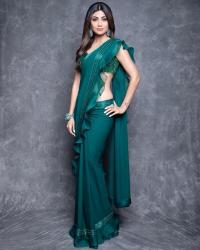 On June 8, 2019, Shilpa turned 44, and she celebrated her day with husband, Raj Kundra, son, Viaan and sister Shamita Shetty. In the pictures, we can see the family posing for the lens after a lunch date. The actress looked in her twenties as she donned a pair of high-waisted denim shorts with a white crop tee. Take a look at the pictures below:

Coming back to Shilpa's journey, in an interview with Humans Of Bombay, she had talked about her journey. She had stated, "I was all of 17 when I entered the industry, I hadn’t seen the world or even understood life. With all the success came scrutiny. I wasn’t ready for it. I didn’t know how to speak Hindi, I shuddered at the thought of being in front of the camera. I reached a point where after a few films my career hit a lull. I tried hard but it always felt like I was lagging behind. It’s not easy to be celebrated one moment & ignored the next. I remember there were producers, who without any reason, threw me out of their films. The universe wasn’t in my favour, but I had to keep trying no matter what." (Also Read: Taapsee Pannu Reveals She Would Not Want To Date Kartik Aaryan, Gives A Valid Reason For It) 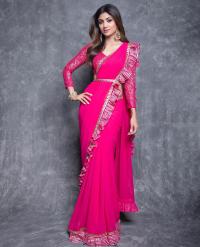 She had further talked about reinventing herself, "It was at that time that I decided to reinvent and entered Big Brother. It was a chance to do something unique. But it ended up leaving a huge impact!" Recalling the discrimination she faced on the show, she said, "I was publicly bullied & discriminated against just because of the country I belonged to. It wasn’t easy – I was all by myself in that house! But I kept me going – I couldn’t give up, not after reaching this far. When I won, people kept telling me, ‘You’ve made us proud.’ That’s when I knew that all of that struggle & persistence was worth it. I had stood up not just for myself, but for all of those who had faced racism." 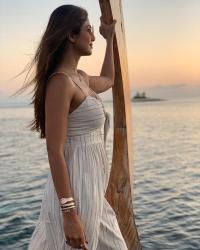 Shilpa had set beauty goals for every woman in India. In a 2017 interview, she had talked about the aging process, and had shared, "You can’t stop the ageing process, but you can choose how you want to age, with healthy choices." (Don't Miss: Kamya Panjabi Shares Manish Naggdev Was Getting Anxiety Attacks After His Breakup With Srishty Rode)

Well, we wish you the happiest birthday, Shilpa! 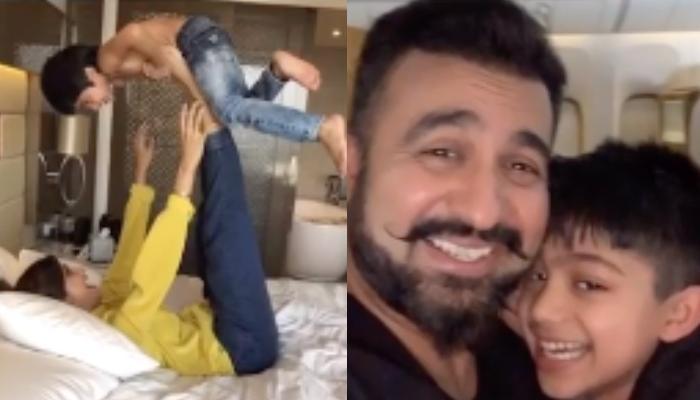 Since the day a child is born, every moment seems to pass by with a blink of an eye. One day you are making preparations to bring your tiny bundle of happiness home and the next moment, you’re celebrating the milestones of your little one’s life. You wish to seize