Shilpa Shetty and Raj Kundra have been setting goals for the millennials. On December 29, 2019, Shilpa took to her Instagram and shared a funny video of a song from the movie, 'Maine Pyar Kiya'. Love has the power to heal any wound. In the times where love happens through just a blink of an eye, it is very difficult to say whether a relationship will be able to suffice any difficult situations. Every girl dreams of falling in love with somebody who would pamper her and would go to any extent to prove his love for her. Blessed are those whose dreams turn into reality and they take their relationship to the next level by pronouncing each other man and wife. (Also Read: Rohit Sharma And Ritika Sajdeh Share Heartfelt Wishes For Their Daughter Samaira On Her 1st Birthday)

Shilpa Shetty Kundra and Raj Kundra are not just an ideal match but are one of the most sought-after jodis of Bollywood. The duo had completed ten years of marital bliss and have been giving couple goals to the millennials. Shilpa and Raj’s love story is no less than a fairytale, what started as a business meeting had turned into something more precious. With their much-loved PDAs and mushy pictures, one wonders how do they keep up the charm even after 10 years of togetherness. 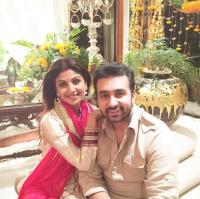 On December 29, 2019, Shilpa took to her Instagram handle and shared a funny video of herself and her hubby, Raj enacting the famous song, Dil Deewana Bin Sajna Ke from the Salman Khan starrer movie, Maine Pyar Kiya. Shilpa posted this video marking the completion of 30 years of the film, Maine Pyar Kiya. Along with the video, Shilpa wrote, “Expectation VS Reality! #Kalyug hai bhai!! What I didn’t expect is 1 million followers on #TikTok in a day, OMG!! Heartfelt gratitude to all Celebrating #30yrs of #mainepyarkiya. My all time favourite film.. forever.” Take a look at the video:

On October 22, 2019, the two had completed ten years of marital bliss and had taken a break to celebrate their special day with a three-day trip to Japan. Shilpa had taken to Instagram and had posted a picture with a beautiful caption which could be read as “Living on Love and Fresh air ...literally, This place is as picturesque as a postcard. Proves nature is at its best when untouched. Not only catching the beautiful autumn colours in Kyoto.. but also caught a kiss in time Happy Anniversary my Cookie @rajkundra9 .. 10 years !!..and not counting.” (Also Read: Mona Singh And Hubby, Shyam Rajagopalan Dance Their Heart Out On Their Sangeet Ceremony [VIDEOS]) 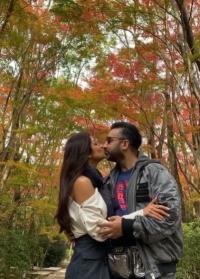 Coming back to their love story, Shilpa had met Raj for a business meeting where she was promoting a perfume brand and Raj was helping her with the promotions. With time, the two were seen spending a lot of time together which gave fodder to rumour mills and speculations about their love. Raj was a married man before he had met Shilpa. Raj’s earlier marriage to Kavita turned out to be ugly in his love story with Shilpa and after all the allegations and blame game, the much-in-love couple had decided to tie the knot on November 22, 2009. The two are one of the most sought after couples of the glamour world and are proud parents of a son, Viaan Raj Kundra.

In a throwback interview with The Times of India, Shilpa had talked about her equation with Raj and how he is a doting daddy to their son, Viaan Raj Kundra. She had said, “I met Raj at a time in my life where I was riding this wave with the Big Brother success. He lived in London with his parents who had told him about me, ‘Yeh Shilpa Shetty aayee hai aur usne Indians ka naam ooncha kiya hai.’ He came to my hotel and the first thing was that he came and touched my mother’s feet even though he was a Londoner. And that sums up the person he is. He is very respectful and treats my parents like his.” (Also Read: Deepika Padukone Has Removed Her Permanent 'RK' Tattoo After Her Wedding With Ranveer Singh]) 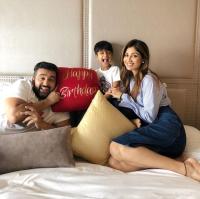 Aren't Shilpa and Raj funny? What do you think? Keep us posted. 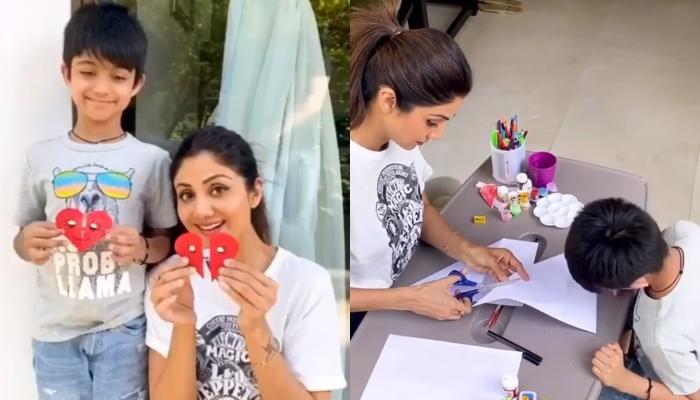 In February this year, when China had declared the COVID-19 outbreak in their nation, no one had thought that the virus will disrupt the working of the entire world. The pandemic has taken more than 35,000 lives around the world and its count is increasing with every passing day. In these